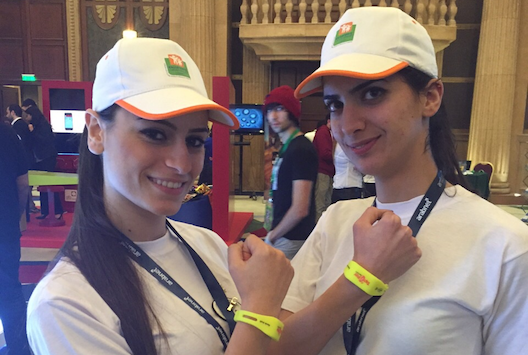 In his second piece on mobile payments, Payforts’ Faisal Al Khalidi takes a look at whether or not wearables are part of their future. Read the first here.

From bartering to bytes, the way we settle our transactions has always evolved to reflect the technology of the time.

Over the past several decades we’ve seen a progression from cash, to charge cards, to credit cards, and finally online payments.

Today, we’re seeing a strong push towards what many believe to be the next evolution in how we pay, a new technology commonly referred to as ‘mobile payments.’

The various payment solutions that fall under this label have traditionally relied on smartphones to act as the payment device. Now with the introduction of smarter wearable technology, a new kind of device is entering the realm of mobile payments.

Growth of wearables and mobile payments

Unless you’ve been completely blind to the tech world over the last year or two, you’ll know there’s been an explosion of wearable technologies. Though the technology has taken considerable time to catch on, at Payfort we think 2015 will be the beginning of the wearables era.

At the start of 2015 Cisco Systems forecast that the number of wearable devices connecting to networks by 2019 would total more than 575 million, which translates to a 530 percent increase over 2014.

This rapid growth combined with a number of advantages over current smartphone based payments gives wearables a distinct advantage when it comes to mass acceptance.

With the release of more popular devices like the Apple Watch we’re entering an age where we complete transactions with a tap of the wrist rather than a swipe of the card.

Wearables in the region

The potential of this upcoming payment option hasn’t been lost on businesses in the region. Recently, McDonald’s announced that they would begin accepting payments via a range of new devices, notably the Apple Watch and other wearable technologies.

Another intriguing innovation comes from Bank Audi, who has introduced "Tap2Pay", a unique wearable solution that utilizes contactless near field communication (NFC) technology that can be integrated into everything from clothing to traditional watches and bracelets. We saw this technology in action at ArabNet Beirut.

No matter what your thoughts are on wearables, there is no denying that this new wave of technology opens up a range of possibilities for mobile payments in the region.

A recent poll by Stratos showed that nearly half of all smartphone owners would prefer to use some type of wearable device over a smartphone for making payments.

With interest like that, the businesses that are able to find useful and convenient applications for this technology could well rewrite the way customers think about making payments.