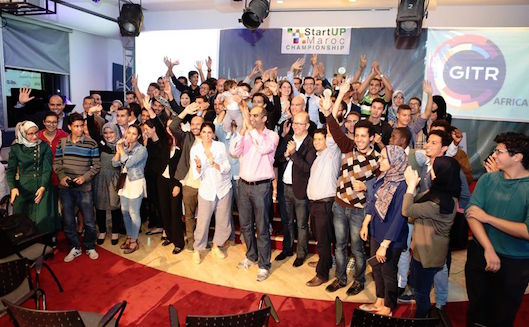 This year's Startup Maroc Championship had a diverse group of startups, ranging from a surf gear brand to a renewably-powered fridge maker.

“We wanted to create Morocco’s biggest startups event,” said Naoufal Chama, president of Startup Maroc. “We wanted an event for startups, where mentors, jury members, and speakers are all startup founders, and where founders could help each other and collaborate.”

Organized at Casablanca’s Technopark on October 23-25, the Startup Maroc Championship is a celebration and showcase for the potential of Moroccan entrepreneurs, and to offer them mentorship and networking opportunities.

Most winners will then compete in the world finale in their category, receive mentorship in preparation, and the backing of a PR campaign thanks to Startup Maroc’s partner Backoffice.

A diverse crowd, a focus on students

Almost 250 people - entrepreneurs and aspiring entrepreneurs, students, curious, and even some investors – attended.

“One of the goals of that event is to inspire students, and to help them go for it,” said Zineb Rharrasse, cofounder and managing director of StartUp Maroc. “There was actually a competition at the ideation stage dedicated to students (Startup Open).”

Preparing participants for the entrepreneur lifestyle

The  Startup Maroc team kicked off the first day that was open to the public by giving entrepreneurs the mic.

Chokri Mousaoui, CEO of Eternal Sun, a Dutch company that won the 2013 CleanTech Open’s world finale, discussed the importance of believing in one’s idea, mission, and being resilient.

Five experts agreed that failure shouldn’t be something to feel ashamed of but rather, an invaluable experience entrepreneurs should bank on. Ufuk Batum, founder of Ventures & Mentors League, said it took him eight failures before succeeding.

But attendees didn’t come for the speeches.

“Our goal, it’s the 50,000 Dirhams prize (roughly $5,000 USD). The different mentoring sessions and feedback pushed us to pivot and see some aspects [of our project] that we weren’t seeing and that will grow our project,” said Ismail Rachdaoui, founder of Nextwi, a startup that allows shops to interact with their clients thanks to free wifi. He was competing for the MVP Cup.

The jury decided to reward solutions that were either original or adapted for the Moroccan market rather than copycats, and for solutions that offered clear opportunities for scaling and international expansion.

The first category, MVP Cup, is an African competition whose goal is to reward startups at the MVP stage – meaning startups who have a minimum viable product and use it to validate their hypothesis.

Annajah.ma, an education support service 100 percent compatible with the Moroccan program, was the winner.

Evaptainers a startup that offers low cost refrigerators that works on water and sun rather than electricity, won the Future Agro Challenge contest, which highlights innovating startups in the agriculture and agrofood sectors. 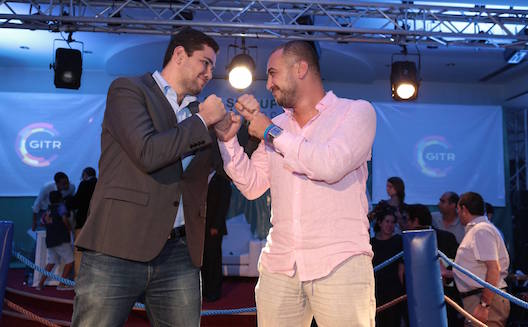 Lik and Linkry face off in the ring.

The final contest of the day, Get In The Ring, had more mature startups face each other in a boxing ring, with only their pitch to defend themselves.

Sunday began with Startup Open, a category for startups at the idea stage. The jury gave first place to Societall, a social network for good deeds that gather individuals, NGOs and companies.

StartUp Maroc is not about to stop. Cofounder Chama announced the creation of an e-learning platform for entrepreneurs which will tentatively be called “Startup Academy.”

The association also announced two partnerships, one with mentorship network Réseau Entreprendre Maroc, another with tech event Devoxx Morocco, to create synergies between entrepreneurs, developers and IT professionals.

Gathering such a number of players undeniably helps inspire entrepreneurs, increase the collective intelligence of the ecosystem and foster collaboration.

The next step is to turn this dynamic and this mentorship into something sustainable.