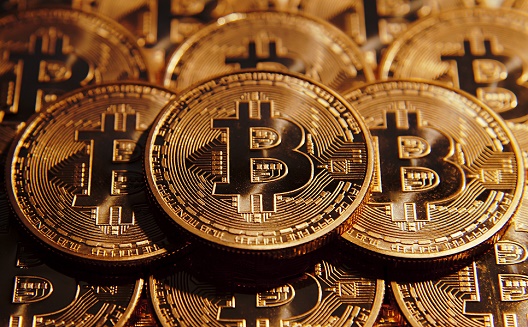 Remember bitcoin? Despite making periodic headlines around the world and sparking debates among tech and finance professionals, there are still many myths surrounding the cryptocurrency.

Bitcoin hasn’t taken off in MENA and negative global press has fuelled scepticism and helped stall its adoption around the world too.

El Achkar has dedicated himself to raising awareness around bitcoin across the MENA region, including in his native Lebanon.

Bitcoin is an online currency which was launched in 2007 by an anonymous person - or group or people - who’s been dubbed Satoshi Nakamoto. The first transaction was in 2009, between Nakamoto and developer and cryptographic activist Hal Finney.

But it only really took off in 2010 after the first exchange opened, Mt Gox, which would be the world’s largest exchange for a short few years, and the value of bitcoins began to skyrocket.

All of this makes blockchain technology highly secure. To alter an older piece of the chain a person would have to alter it, as well as all of the other blocks that have since been placed on top: a potential fraudster would be going up against thousands of miners and enormous amounts of computing power. 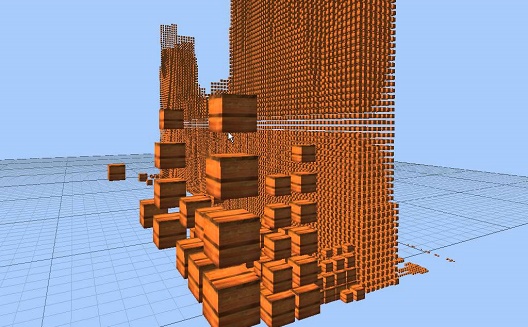 A visualization of how blockchain works in practice. (Image via YouTube)

Given the multitude of myths about the cryptocurrency, Wamda asked El Achkar to share (and bust) the four most common misconceptions around bitcoin.

Myth 1. Bitcoin is a currency for illegal activities

“In some ways it is kind of understandable [to make that association],” El Achkar said.

He cited the numerous shady deals that used bitcoin during its early days, such as the online black market Silk Road where bitcoin was one currency of choice for purchases of illicit drugs, weapons, and other legal and illegal merchandise.

El Achkar claims that this is no longer the case.

“Nowadays, you look around and see some of the biggest VCs in the world investing in bitcoin companies.”

Even the Nasdaq is on board with the technology, with CEO Bob Greifeld announcing in July that they would be the first exchange to adopt Bitcoin technology.

“The benefits to the industry are immense, and cannot be ignored,” he said at the time.

Other factors are also helping to rehabilitate bitcoin’s reputation such as the addition of multi-signature technology, which keeps users ‘keys’ or pincodes safer from being stolen; its use outside the financial services sector, such as universities for fee payments; and the rise of bitcoin facilitators in regions where users have not traditionally been tech first-movers, such as the Middle East.

Myth 2. Bitcoin is a failed experiment

El Achkar  isn’t sure where this myth originally came from, but concludes that it could be the “boom and bust of the [value of the] cryptocurrency”.

Media coverage also fell as the value of bitcoins dropped and stabilized.

Despite bitcoin shying away from the spotlight for a lengthy period, it’s starting to pick up again: bitcoin transactions have almost doubled over the past year, its value soared to over $500 - about a 100 percent increase in less than a month, and UCLA professor of finance Bhagwan Chowdhry nominated the anonymous person or persons behind the invention of bitcoin, dubbed Satoshi Nakamoto, for the 2016 Nobel Memorial Prize in Economic Sciences.

Myth 3. Bitcoin is a company with headquarters, a CEO, and staff.

On Bitcoin’s extensive FAQ section, the currency is described as a “consensus network” and a “decentralized peer-to-peer network”.

That means there is no form of mediator or authority.

They use email as an analogy: nobody owns or controls the technology behind email, but there are different platforms and software that build on it.

There are many bitcoin exchanges worldwide, such as San Francisco-based Coinbase and Vancouver-based Cointrader Exchange.

Startups currently specializing as ‘wallets’, include BitOasis, where users can buy bitcoins but not sell, or exchange them for another currency, and Kuwait’s BitFils which allows users to buy bitcoins using a debit card.

Myth 4. Bitcoin was shut down due to illegal activities

This myth is one that El Achkar has had to bust many times. The root? “I think it had to do with Mark Karpelés’ arrest,” he said.

Karpelés, a French entrepreneur who was often referred to by his online alias “MagicalTux”, was CEO of Mt. Gox, a Tokyo-based bitcoin exchange which collapsed in 2014 and filed for bankruptcy this February.

Mt. Gox is estimated to have accounted for 70 percent of all of bitcoin transactions in 2013, and after its collapse authorities discovered that some 650,000 belonging to users were missing - they still are today.

Karpelés’ final arrest in August, first for falsely inflating the account by $1 million, then for embezzlement during the investigation on the previous fraud charge, has not resolved the question of who stole those bitcoins, which based on current rates are worth about $230 million.

The news hasn’t been kind of bitcoin this year, with exchange BitStamp losing $5 million in bitcoin to thieves in January.

Despite noticing that these myths were slowly fading in MENA over the past two years, El Achkar admits that he still found people who believed them.

He saw bitcoin rising in popularity and usage worldwide, including in the Middle East and North Africa - just not anytime soon.

As to where it would surge first in MENA, El Achkar said there were two schools of thought on that: one is that countries with the most advanced technologies would see a spike in usage first, such as the UAE, and the other is that it would appeal to populations with a need for epayment solutions.

“Bitcoin is in fact beneficial to those that don’t have access to ‘moderately good’ financial services,” El Achkar said, implying that markets outside the GCC, such as Lebanon and Egypt, could opt first for bitcoin.

But El Achkar believed the first ‘school of thought was most likely to be right on this one, meaning that bitcoin’s rise to prominence in the MENA region would take place in the GCC.

However, bitcoin still hasn’t made its way to the ecommerce mainstream elsewhere and the inefficient and costly cash on delivery (COD) system is still MENA’s most popular form of electronic payment.

Therefore, regardless of where and how bitcoin transactions will surge in the Middle East and North Africa, one thing is for sure: it’s going to take some time.