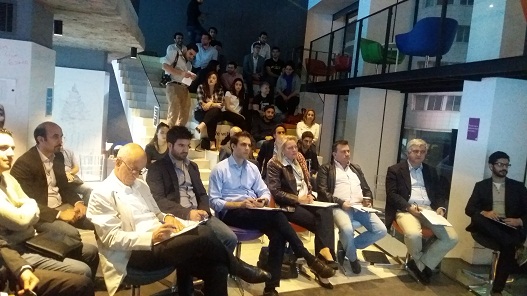 We already covered the exciting pitches of 12 Lebanese startups at the Seedstars event in Beirut in November, however we have now amassed some useful lessons learned by some of those who pitched.

Most of the companies who pitched already had a client base and were penetrating their target market.

John Chehaibar, Seedstars World regional manager for CEE and MENA, was a judge and told Wamda that they first considered the team, then the product, business model, scalability and market size - not necessarily in this order.

He said that “on those five criteria, something usually messes it up”.

Keeping this in mind, several of the judges walked Wamda through the evaluation of some of the competitors.

Tara Nehme’s Tickle My Brain lost to Lifelab for third place in the competition.

The startup offers quality writing and consulting services for individuals and businesses on resume writing, business plans and other requests. Launched a year ago, the company charges a minimum of a $100 for high-end services and has made more than $200,000 in sales.

“TMB is just amazing,” Chehaibar told Wamda. “The team is solid, product very solid, but you look at scalability, and this becomes an issue.”

the judges were concerned that Nehme manually managed and supervised her team of freelance writers, saying this could hinder TMB’s growth.

Moreover, Chehaibar wanted to know whether she could bring down the price point while maintaining quality.

“I believe she can, but it will take a long time, maybe five to six years to become a multimillion dollar company.”

Nehme responded by saying that the financial awards she paid her writers were high enough to keep the quality of the product high: TMB charges $500 to $1,000 for university applications and  $2,000 to $4,000 for corporate business plan. 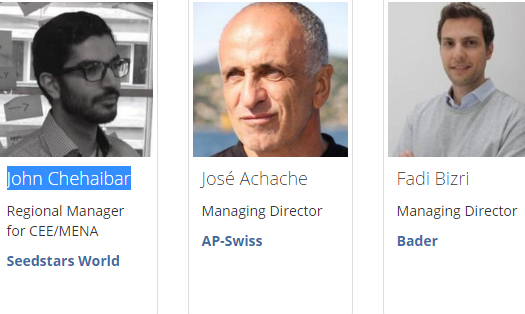 Some of the judges. (Image via Seedstars)

A Tinder-like dating app with advanced match-maker features that ‘guides’ matched users all the way through initial conversations, suggesting nearby places to meet, and using icebreakers. Launched 10 months ago, the free app has 9,000 users.

One weakness pointed out by the judges was that it was one amongst thousands of dating apps, and the question would be whether Wango could stand out.

Founder Smida Dorian replied by using dating app Bumble as an example. He said it functioned like Tinder but women made the first move. “They’ve reached 800,000 users in eight months, so it’s the little differences that make the big differences, and we’re proving that.”

“The product is compelling,” Chehaibar told Wamda later. “They can be big and I believe him when he says they have features that put them ahead of Tinder. The team is also solid, but it’s the market that's a problem.”

Wango plans on launching in France, as it’s “the biggest dating market, after the US and UK” and then moving to the Middle East.

An Arabic educational online tool for middle and high school students, the platform is already catering to five local schools in MENA for a dollar per student per year fee. Cofounder Siroun Shamigian said it had a “huge market” with more than 138,000 schools in MENA and 50 million students.

The judges wanted to know why Kamkalima was limited to Arabic. Shamigian said English platforms were very competitive and that there was a “dire need” for Arabic teachers.

Their main concern though was Kamkalima’s commercial viability.

“I like your idea but although the price of one dollar per student per year, most of the school are so strapped for money that your fee may be a lot for them,” said judge Kimberley Samaha.

Jose Achache, managing director at AP-Swiss, also said that although the business model had a lot of value, it was more of a public or government idea. He said Kamkalima might be “more affordable for parents”.

Wylgo is a mobile photo request app that connects users looking for a specific photo to voluntary freelancers who are paid a minimum of $5 a month.

The app has had 100 photo requests so far with 300 responses and has one competitor, OKDOTHIS, which was recently acquired. “This fact is a good thing,” said judge Fadi Bizri, managing director at Bader. “It means your product is attractive to users.”

The fact that Wylogo has just the one founder was a worry for the judges though.

“I think the team is the biggest weakness,” Chehaibar told Wamda. “It’s just one guy working with freelancers. Can he follow through on product development?”

LaptopFriendly is a startup that allows users to rent desk spaces from cafes during nine-to-five working hours. Its profit model is based on getting a percentage of what the user pays for in the café and they plan to launch first in London.

Even though the judges saw a potential market “with very high scalability”, Chehaibar said they were disappointed to hear they had not approached any cafes for beta testing.

“I like the idea” said Achache. “My question is whether they can find a sufficient number of cafes who will be interested to partner with them.”