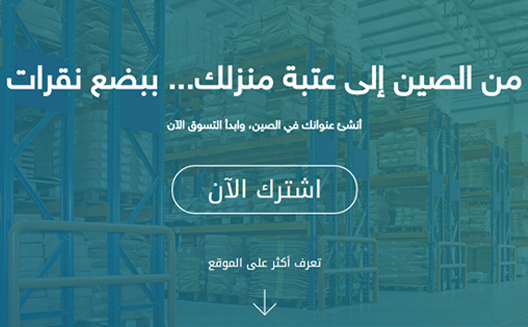 "From China to your doorstep... In just a couple clicks". The MyCN homepage.

If you found something you wanted on Amazon for $5, but its shipping cost was $60, would you order it?

That was one problems people in the Middle East would often face when ordering online, where international stores would often ship one item at a time.

Startup MyCN, which launched in November 2013, has solved this problem for shopaholic Middle East residents.

It’s a cargo consolidating company that gathers shipments from China but also offers a virtual address in China for online shoppers worldwide, acting as a middleman between consumers and shippers and allowing people to shop online anywhere in China.

MyCN was launched and funded by Saudi cofounders Rami and Abdullah Alharbi, who were later joined by a Chinese partner. The company now has seven employees, five of them Chinese. 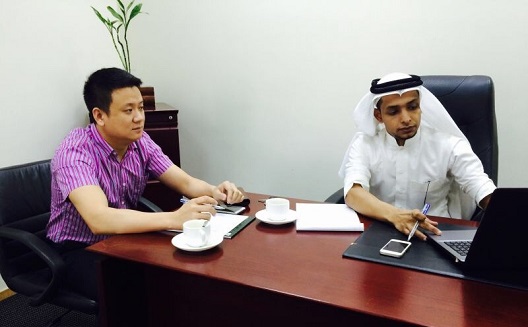 Birth of an idea

In 2010 Rami Alharbi went to China to study civil engineering. While there, friends and family would regularly order items online from China. His house was filling up, and the time spent redistributing the items back to Saudi was distracting him from his studies.

The reassembling of items and re-shipping, both complicated processes, led him to the idea of MyCN.

Located in Xiamen in the Fujian province of China, the company aggregates shipments and sends images of them to the user. The user is then notified of the arrival of his shipment and can visually check his item on MyCN's website.

This feature allows the customer to check the safety of his cargo before it arrives. They also have the right to send it back if the quality is poor. The company offers shipping by sea and air (where sea freight takes 25 to 40 days to arrive and air freight 10 to 20 days).

MyCN also offers a personal shopper service, where the company shop for the client, and a feature that allows users to discuss product features personally with the factories and suppliers in China.

Most ecommerce stores don't offer cargo consolidation services, or the aggregation of shipments, and every order is shipped separately.

MyCN relies on transportation companies such as Aramex, Chinese-registered airmail and seamail, Singapore Post and DHL to consolidate all orders into one delivery. Competitors such as MyUS handle all operations without resorting to a third party.

To bypass Chinese regulations for foreign companies MyCN was initially launched in Hong Kong, where it stayed for six months. 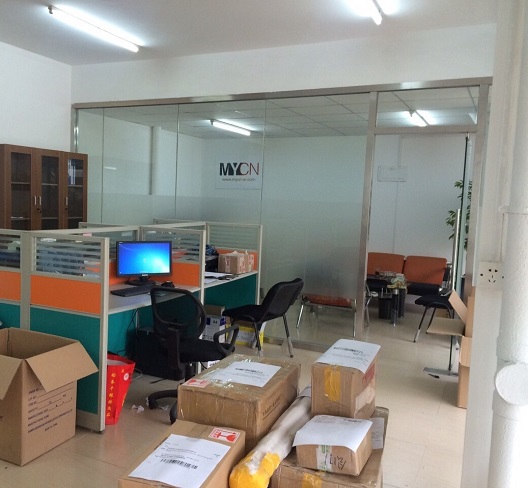 "Founding a foreign company in China is very expensive," Alharbi told Wamda. He originally later moved to China after securing a Chinese partner.

All cargo is collected before being shipped, right.

“Payments is a very important step in converting a prospect into a customer, but shipping is as important, since customers want to know they will get their order, and at a reasonable price," says Francis Barel, Head of Market Growth at PayPal.

The last obstacle is the shipping contracts with international shipping companies. These are costly and require insurance payments of up to $20,000. TMyCN relies on agents to negotiate lower prices.

Saudi Arabia contributes to 80 percent of MyCN's client base and others come from the Gulf. And while most clients use Aramex, around 20 percent use China Post.

Despite the company's quick growth, Alharbi decided to participate in Badir, the Saudi accelerator program, in order to gain mentorship in managing the company financially and for marketing.

MyCN will join the accelerator at the beginning of 2016.

Alharbi is confident that as well as incubation being beneficial for the company internally, the access to larger outside networks will be of great benefit to MyCN’s growth.

Alharbi has one more semester until he graduates from college, after which he will completely commit himself to managing his company.

MyCN has an office in Saudi and the founders want to start including Chinese home furnishings in their delivery services, as well as including countries such as Korea and Japan.