Much like Hollywood is a celebrity hunting ground, Flat6Labs’ recent Demo Day suggests that Abu Dhabi might be the place to reel in the big clients.

The accelerator graduated six of the 13 startups accepted into its second four-month Abu Dhabi program at the Fall 2015 Demo Day, with one revealing that it had secured car hailing dynamo Careem as a customer.

The Demo Day presents startups to government officials, investors and the media as a way to jumpstart their post-accelerator growth phase. The six pitching on February 3 went through a program of mentorship and hands-on support from 200 mentors, coaches, trainers and corporate partners.

Twofour54 chief legal officer Greg Sweeting said in a speech during the event that it was small businesses like those on stage that were driving economic growth in Abu Dhabi.

“The reality of innovation is driving good sound business,” he said. “There is a huge amount of energy, effort and time from mentors to ensure startups... go to the next level.” 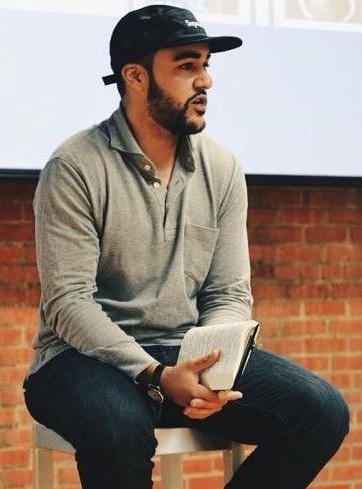 The Demo Day reflected the diversity of Abu Dhabi, as the 13 companies selected from the 520 that applied to the second cycle represent 15 different nationalities, including Jordan, Pakistan, Greece and Egypt, with female founders at 50 percent of them.

Flat6Labs Abu Dhabi program manager Ramzy Ismail (right) said in a speech introducing the startups that diversity was a core tenet of the program.

Dashroad's first customer was Careem, which will launch the product in three as yet unannounced countries. It's a software platform that records vehicle speeds and distance travelled - effectively monitoring how well someone drives - via an in-car piece of hardware. It was launched in February 2015 and focuses on collating data to build a platform of connected car applications.

“Since joining Flat6labs three months ago, we have defined the product and started early deployment with select customers,” said founder Faheem Gill during his pitch.  “We do have more demand, but we need to raise the funds to expand to the waiting customers.”

FeedSpeed is a platform that provides an on-demand app creation tool for offline retailers seeking to expand to a mobile presence. It lets them build and launch a white-label app for the Android or Apple stores almost immediately.

Launched in December 2015, it targets retail sales SMEs and helps customers create mobile apps for their businesses and facilitate taking the business to ecommerce. Feedspeed is currently piloting their demo in Lebanon and Pakistan and has supported over 500 transactions. Founder Shubham Yadav has raised around $50,000 and wants to raise $300,000 to expand the business.

Jumpsuite launched in June 2015 and is a global marketplace for personalized fitness and nutrition plans.

It describes itself as the ‘Airbnb of health and fitness’ because clients can navigate, buy and review programs from industry professionals, while the latter can use the platform to create programs, manage staff and view data analytics around clients’ progress.

Marketing head Kareem Abu Gamrah said they currently had 5,000 users and sold 2,200 programs during the pilot.

Metaphorio is a Jordan-based startup, founded by CEO and serial entrepreneur Khaled Husseini, providing an online platform for video producers to collaborate on scripts, designs, storyboards and videos.

It was launched in September 2015 and tackles a major inefficiency in video development: 30 percent of video production timelines are wasted on non-creative activities such as follow ups, waiting for client feedback and approvals, and a lot of projects are still ‘managed’ using email instead of via collaborative software.

Metaphorio’s uses the software-as-a-service revenue model with annual and monthly subscriptions, charging customers based on the number of projects and users. It’s targeting the 50,000 creative agencies and freelance video makers in the UAE and UK.

Susurrus targets SMEs and PR agencies that run ‘influencer’ marketing campaigns in the lifestyle sector. It plays the role of matchmaker between the brand and an influencer - a figure on social media who has many followers interested in a particular topic, who would then use that reach to market a product to their audience.

It was launched in April 2014 in Greece by Panos Tsaggas, Lina Stoumpou and Dennis Rodis, and works on a commission basis: brands pay a fee to the influencer to promote the brand, and Susurrus receives a 25 percent commission per campaign.

“So far we have signed up more than 500 influencers with a third of them based in MENA and an audience of six million people… we have run 16 paid campaigns (in MENA),” Tsaggas told Wamda.

At the Demo Day the founders were pitching for $450,000 to expand into MENA. They want to bring in 1,000 influencers from MENA, which they say would add 25 million people to their MENA audience and 200 paid campaigns.

StudentCart founders Hamad and Faisal Al Hammadi leveraged their experience from a prior business to launch the online marketplace for school equipment in January.

The UAE-based business launched in January, and creates an easier process for schools and parents to find sellers of school items, while vendors use the platform to easily identify customers.

It’s free for schools to use and charges vendors a commission on each sale, which is then shared with schools. Users also pay a ‘convenience fee’ for paying online.

“We have launched our service in four schools,” Hamad Al Hammadi told Wamda, and “are looking to hit 100 schools”. This year, the startup plans to broaden its services and ramp up its business development efforts.