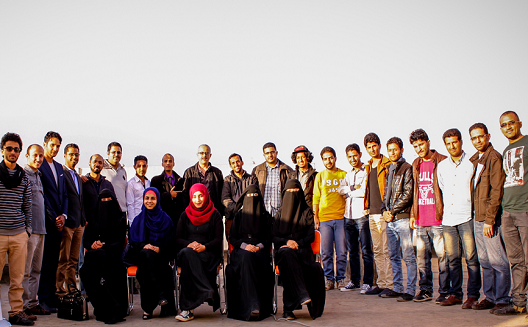 Talking about startups in Yemen, a country racked by war, feels very strange: the usual questions are asked - 'how do you raise capital?', 'what's your business model?' - but none of them feels adequate.

Which is probably unfair, since entrepreneurship could represent a way out of the conflict, especially for young people who struggle to find a job in this troublesome situation.

And that's precisely what's happening in Yemen, a country which descended into turmoil after 2011, where some courageous entrepreneurs from the Rowad Foundation are trying to build a startup ecosystem among the ruins of a still-hot conflict.

With support from the United Nations Development Program (UNDP), last year they launched the second Afkar Award (the first took place in 2013), a competition open to 18-30-year-old Yemenis eager to build and launch their own business, and therefore generate job opportunities.

A surge of startups

In July 2015, 100 candidates largely from Sana’a, Aden, Taiz and Hodeidah were shortlisted and provided with over-the-phone coaching services.

Just a handful made it to the final phase, and in January ten of the most innovative ideas were selected as winners out of a total of 1,660 applications originally received. 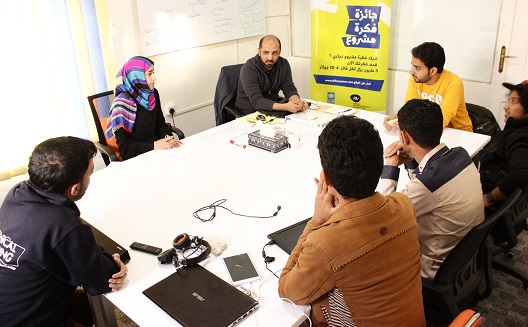 Most of the ideas awarded are unrecognisable when set against the shiny, glittering proposals of competitions in Western countries. There’s Mhlli, an online store for local goods and services, and a platform helping women provide professional housekeeping services; there’s a service for reconditioning school furniture and an educational center for parents to learn how to deal with the psychological effects of the war on their kids.

They are aimed at fulfilling real, basic needs.

Take renewables. In Western Europe, solar power is often adopted for environmental reasons. In large parts of Yemen there is no electricity due to the war, and solar panels become instrumental in providing energy to households and shops.

“We got three million people here, and three million people, they have no electricity,” Sana'a based researcher and writer Sharaf Alkibsi, who was a mentor for the award, told Wamda, “Renewable energy, solar panels, are some of the booming industries coming.”

In fact, two of the ten winning ideas concerned renewable energy solutions. Among them, Alashia Alshamsiah is a company focused on assembling solar panels locally, purchasing the raw material abroad, and shipping it to Yemen through the UAE.

“Now they are in the implementation stage, they should start doing a pilot for their business,” Rowad project manager Ahmed Qasem told Wamda. “We gave them $15,000, so they can start making their prototype.”

Another winner was the National Company for Biogas Units which wants to focus on providing biogas in rural areas for lighting and cooking and also to generate electricity.

While planting the seed of a company is relatively easy, growing a business in war-like conditions is quite another matter, above all when it comes to access to funding.

“This is the worst time to raise any capital. We are in a war, and even some of the NGOs have no more finance, so there's no more international support,” Alkibsi said. “At the same time, local financial companies are on a very high alert. Their risk management entails of zero lending. On a population of around 24 million, we've got now more than seven million people moving from above the poverty line to below that. It's very bad.”

Qasem seems a little more confident that the winning projects will find opportunities to grow and scale.

During the last phase of the competition (which, from the call for applications to the closing ceremony, lasted three months), the organizers connected some of the finalists with people at the Oasis500 incubator in Amman, Jordan. “We are seeking investments and funding not just for the ten finalists, but for the twenty-five ideas that participated in the last phase,” Qasem said.

Succeeding against the odds

Perhaps even more important than founding, Rowad is helping the finalists with coaching from four high-level mentors, which will follow the startups for three months after the contest's conclusion.

The mentors hail from La Roche College, Oxford University, the Maastricht School of Management and the Lebanese International University.

Most of all, the hope is that the young people that passed the selection could maybe represent the Yemeni entrepreneurial class of the future.

Once this conflict is over, people able to contribute to the rebuilding of  a new prosperity for this troubled country will be needed.

Some of them, if the odds are good, could come from the Afkar Award's ranks.