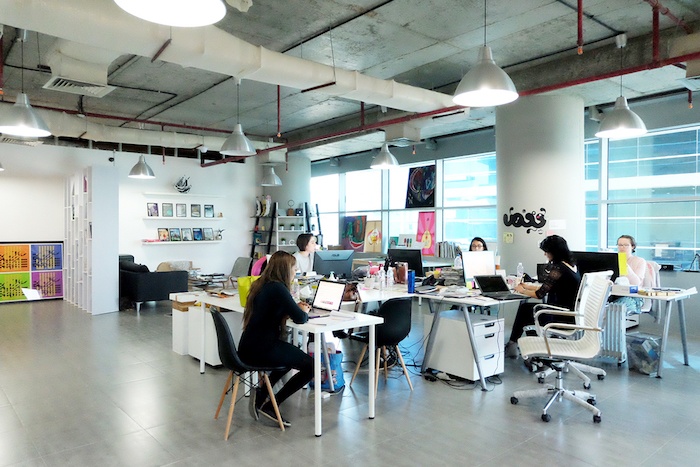 The head office. (Images via Khaleejesque)

This article was originally published on Nuwait.

The popularity of print publications has been declining in the US and Europe in the past few years.

In February of this year, UK’s The Independent newspaper announced that it will be stopping its print publication as of end March, making it the country’s first national newspaper to go digital only.

Despite this global shift, the trend in the Gulf countries is taking an opposite turn. A report by research firm Marmore MENA stated that newspaper circulation in the Middle East grew at a compound annual growth rate (CAGR) of 3.5 percent between 2007 and 2011.

"I don't think that print is dying, but it's witnessing a transformational stage, where printed [journals] will be more influential, with a higher quality and ability for circulation," said Fouz Al-Sabah, cofounder of Khaleejesque, an online and printed magazine covering entertainment and cultural news in the Gulf.

A year after her graduation from the American University of Kuwait in 2008, Al-Sabah released Khaleejesque in partnership with her cousin Noufa Al-Sabah.

As it wasn’t expensive to run an online blog on undiscovered artistic talent in the Gulf, the girls used their savings to launch the platform.

In 2011, they decided to officially register their magazine and launch a printed version. Al-Sabah described this step as "a new experience that added a lot of weight to our venture and brand."

This weight also included financial expenses to cover employees and company registration fees. "After we started our venture, we knew that we were taking on the responsibility of discovering new talents in the Gulf, and we decided to promote these talents and grow them."

The first issue was published in January 2012. The magazine is bi-monthly and around 6,000 copies are circulated for each issue.

The team managed to cover all their expenses last year and has begun turning a profit, according to Al-Sabah. They’ve also grown from a team of three (including themselves) to a team of nine, along with a number of freelancers around the Gulf. 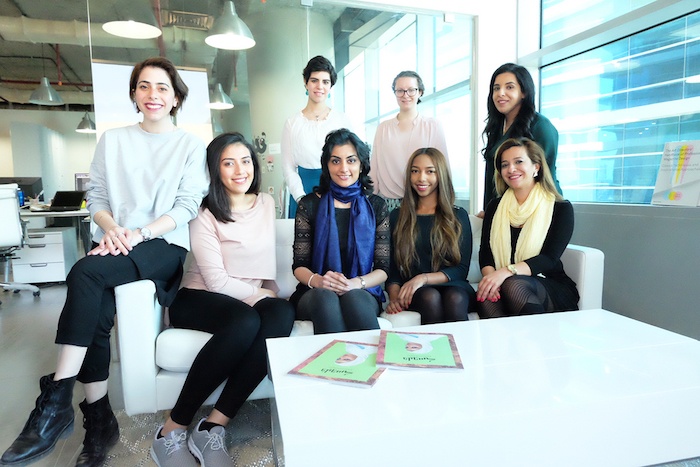 The team is everything.

Covering the intellectual scene in Kuwait

Several online platforms have launched in Kuwait in the past few years, to cover the artistic and intellectual scene of the country like Bazaar magazine but most remain personal blogs like 2:48am.

Readers' preferences differ between the online and printed edition. Khaleejesque's administration has a specific editorial policy for each. Printed issues usually deliver in-depth research pieces and reportage that is not time-sensitive. The online version is more dedicated to news and more timely pieces. However, some printed articles are also published on the online platform.

In an attempt to create an additional source of income, Khaleejesque set up a shop last year to sell artistic pieces produced by artists featured in the magazine.

"The idea is receiving a wide acceptance because people can directly buy the artistic works they read about in the magazine," Al-Sabah said, and added it offers "designers and artists a platform to market their product to an audience of interested readers."

Architecture and design oriented magazine yourAOK offers designers a similar opportunity, as it covers their creations and helps them display their products online for sale.

"If the reader is not interested in [the content], they will not come back another time," she said.

Meanwhile, high-quality print publications will increase or maintain demand for newspapers and magazines.

A lack of journalistic talent is a problem for print and online sectors. Al-Sabah has partially overcome this problem by turning to independent freelancers in the Gulf, as well as to her small team of writers.

Similarly, content quality is also a big challenge for Al-Sabah and other independent publishers in the region.

"We have a team of editors and writers, and they work on all content we receive from freelancers,” she said. “We also have long-term relations with our contributors, and they know the content and style we want very well."

In the meantime, Khaleejesque is working on changing its logo at the beginning of 2017, and plans to expand its presence to other Gulf countries.