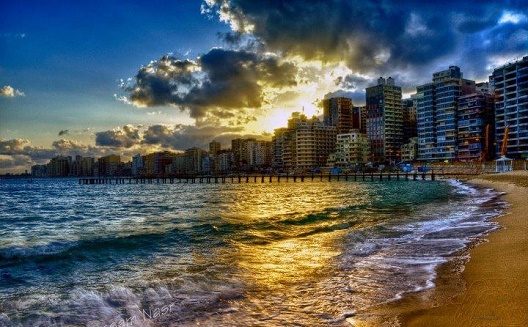 Alexandria still has Cairo hustle, but not the size. (Image via Pinterest)

Alexandria is Egypt’s second largest city - its five million people makes it larger than Lebanon and on par with Jordan - and as such its potential to attract international attention as a startup hub can’t be ignored.

Several recent events have highlighted how attractive Alexandria could be to international and regional startup investors, including Alex Agenda’s weekly event, the Techne Summit on May 7-8, and the Alexandria Media Forum on April 26-27.

Take Techne, as the most recent, which focused on introducing entrepreneurs in Cairo and Alexandria to each other and linking them with investors. There was an unusually high number of founders from the US, attending in person or virtually, as well as speakers from as far afield as Argentina, Finland, Kenya and India.

“It was indeed an exceptional experience, and we were able to exchange contacts with [an] investor to study potential partnerships,” he said.

The Swedish Institute of Alexandria sponsored a pitching competition to send four startups on a week-long trip to Sweden to see the ecosystem there. The winners were Jereed, a startup that makes furniture from palm fronds instead of wood, carpooling app Raye7, blood donation app Hope, and Education Media Company from Moroccan that’s teaching digital media. 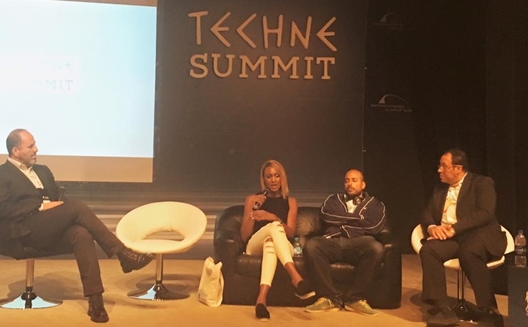 And this year Alexandria was the site for the national Seedstars competitor, the winner of which will compete in the regional and maybe the international finals.

“We tour the world to choose the best projects from each country, and then bring them to Geneva to pitch for the chance to get huge funding,” Seedstars member Dana Khater told Wamda.

“The number of startups and innovations is continuously increasing in Egypt,” she said. “This is in return paralleled by a lack of funding, and very few startups get the chance to pitch to investors from the West to test the scalability of his idea. So we’re keen to provide young people with opportunity.”

Tutorama, which connects private tutors with students, won the competition and will travel for the finals in Geneva alongside 50 other startups. Tutorama will now have the chance to pitch in front of international investors.

Two years ago, when Wamda dropped in on a local startup event, the ecosystem was very young - just a handful of startups and some very enthusiastic supporters, including theGerman-Arab Chamber of Industry and Commerce.

Today the ecosystem is growing gradually, helped by the emergence of several coworking spaces which are working to connect the ecosystem, including IceAlex,PlutoandMa3mal. However, incubators and accelerators are yet to be launched there. 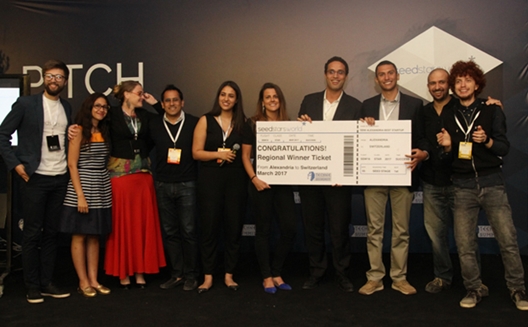 The winners of the Egypt Seedstars competition, Tutorama.

The Alexandria Media Forum is one such event that’s popped up to support the local ecosystem. It’s aimed at connecting young media trainees with professionals to elevate the standards of reporting in Alexandria, and to create job opportunities for fresh graduates.

“This last event was focused on the direct relationship between technology and the media,” CEO of the forum Ahmad Ismat told Wamda. “It revolved around workshops on investigating the credibility of the media using technology and online reporting tools. We also had sessions about communication policies and IT in media.”

The Rise Up Summit is also moving this year to broaden its support for local ecosystem by holding a series of meetups, the first of which was held during the Techne summit, with the goal of “networking only”, as the media office of the event told Wamda.

“These meetings will be like a series held throughout the year in entrepreneurship centers in Egypt and abroad for the purpose of connecting entrepreneurs with investors and others who could help them,” Rise Up cofounder Con O’Donnell told Wamda.