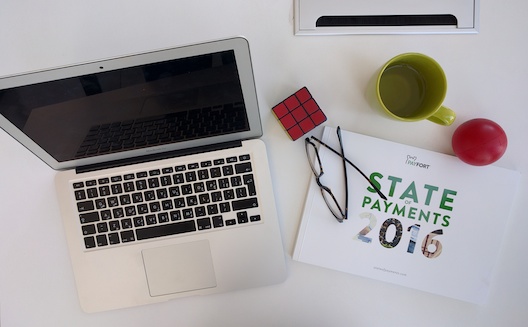 The Arab world could see $69 billion in online payment transactions per year by 2020. (Image via Wamda)

Saudis and Emiratis have dived into the world of ecommerce and aren’t holding their credit cards back, according to Payfort’s latest State of Payments report.

Saudi Arabia and the UAE are the fastest growing markets for online payment transactions in the Middle East, which regionally is growing at 23 percent on average.

Payfort released online today the third edition of its yearly report ‘State of Payments in the Arab World’, offering up-to-date data and insights in the region’s payment trends and consumer buying habits.

(The full report is available for free at www.stateofpayments.com, or you can download it from the grey box to the right).

“In addition to exploring current trends and future predictions, this year’s report aims to shed some light on the real issues that impact merchants on a day-to-day basis and present actionable insights and possible solutions for the future,” said Payfort managing director Omar Soudodi in a statement.

This year the report includes consumer buying data and insights into consumer behavior in the seven key markets which Payfort operates in: Egypt, Jordan, Kuwait, Lebanon, Qatar, Saudi Arabia and the UAE.

It includes key influences for shoppers, buying behaviours and consumer preferences for products and services, and tracks online payment transactions in the airline, travel, ecommerce (online shopping) and entertainment sectors.

The acceptance ratio across the region, indicating consumer acceptance to pay online, continues to grow.

Here are key insights extracted from the report:

Soudodi said fear was holding ecommerce back in the region: “Fear of electronic payments, fear of fraud, fear of new technology and a lack of trust in online services”.

Aat the same time consumers who were paying online were demanding  faster and easier checkouts, while simultaneously expecting increased security.

“Rising expectations [is putting] a lot of pressure on merchants,” he said.