There are a few areas in Dubai and Abu Dhabi where self-driving vehicles branded with the noon logo, slowly drive along a pre-determined path.

They were introduced by the UAE-based e-commerce platform late last year, a result of a partnership drawn up in July 2019 with Chinese tech company Neolix.

Essentially, they are vending machines on wheels, an attempt to close the last mile gap and get closer to the customer. Noon’s vehicles are stocked with low-cost goods including drinks, perfume and USB cables which users select through a keypad and pay for via credit card.

It is the first time that such technology has been used in the Middle East and demonstrates the strengthening of ties between noon and China. 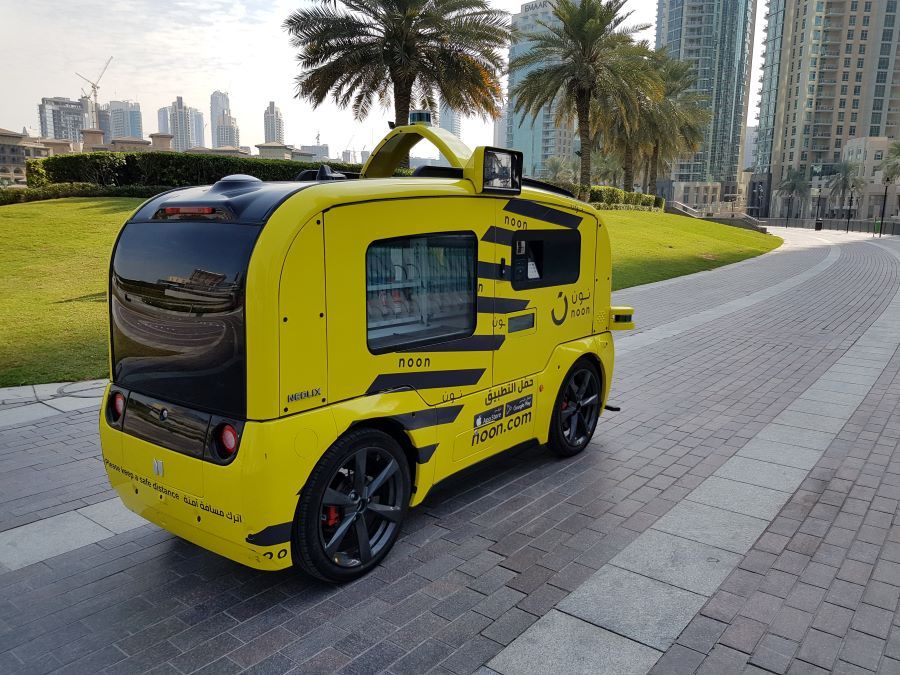 In December 2019, noon’s chief executive officer (CEO) Faraz Khalid visited China to speak to investors and suppliers about the e-commerce market opportunities in the Middle East.

Currently, the share of e-commerce in the Middle East and North Africa (Mena) region only accounts for 2 per cent of total retail sales, far below the global average of 10 per cent.

According to Khalid, growth in the future development of the e-commerce market in the Middle East will come from the offline market’s shift to online, which will be spurred on by the supply of new goods, particularly from the Chinese supply chain.

Speaking at the seller event organised by UAE-based logistics company iMile, Khalid staid: “The biggest problem of noon as a Middle East e-commerce platform is the inventory problem, that is, the supply side is inadequate. This is unimaginable in China. Middle Eastern consumers have a strong purchasing power, but they cannot buy the goods they want.”

This has led to a commodity gap, particularly in the low-price segment for the Middle East shopper. Adding more Chinese suppliers, particularly for lower-priced goods is what noon hopes will encourage more consumers to shop online. The company launched its low-cost e-commerce site, KUL, in September last year to target this segment of the Mena market, particularly in Egypt and Saudi Arabia.

As more consumers go online, Mena’s e-commerce industry is expected to be worth $28.5 billion by 2022 with the UAE accounting for almost half of that according to Swisslog Middle East.

Whether noon will expand its self-driving vehicles to other parts of the country or farther beyond remains to be seen. So far, the one in Downtown Dubai has remained pretty stagnant, attracting mostly tourists who are more likely to take pictures than make a purchase.

This article was written in partnership with e-Panda