Some of the most optimistic people did not expect to see the rapid recovery of startups and small and medium enterprises (SME) in Saudi Arabia, following both the lockdown due to the Covid-19 pandemic and the increase of VAT. In addition, few expected to see the dynamic transformation of business models across many of the startups and SMEs, along with the overall growth of some within this sector. The notable and rapid intervention of the Saudi government, and the introduction of various initiatives to support these companies are to be credited for this recovery.

Within the retail sector specifically, micro enterprises in Saudi Arabia faced many challenges, as a result of the imposed curfews and lockdown across all cities in the country on 23 March 2020, followed by the partial closures on 26 April, to contain the spread of the virus. As was the case across the globe, these decisions led to a great many challenges affecting retailers, these included:

These numerous challenges were faced by small business owners globally, especially those working in the non-essential goods sector. However, there were multiple opportunities and various governmental programmes that were successfully rolled out in Saudi Arabia, to support the survival of such businesses during the Covid-19 pandemic, and enabling them to flourish post crisis.

Since the beginning of the crisis, Saudi Arabia’s government and regulatory bodies, along with the banking sector, have been very quick to respond and support local businesses. The Saudi government has accounted for over SAR 51 billion in the form of stimulus packages and funds to support the private sector during this unprecedented difficult period. These steps have been taken with the aim of limiting the impact of the pandemic on the Saudi economy, in the short and long-term.

The following table lists the various initiatives that apply to startups and SMEs in Saudi Arabia:

The steps that were taken by the Saudi authorities included:

During the pandemic, startups and SMEs worked hard to adapt to the new reality of the world, and work to generate sufficient cash flows to ensure their continuity and survival, until the end of the crisis.  In addition, many have modified their business models to embrace a new reality of a highly digitised market. According to a study by Ernst and Young, 92 per cent of consumers in the UAE and Saudi Arabia have switched to online shopping, which has forced the majority of retailers to quickly adopt digital transformation strategies to keep up with the market and continue to do business (more in our article published in Wamda). One such example is the increase of use of digital payments as an alternative to cash, which is expected to continue even after the pandemic. In addition, sectors that have thrived during the pandemic, such as e-commerce, delivery services, edtech and healthtech, have all adopted digital payments, thus stimulating the digital financing sector.

In light of the pandemic, the entire retail sector, from micro enterprises to larger establishments, faced multiple challenges and worked hard to maintain their sales, and to sustain business activity. On a global scale, SMEs and micro enterprises struggled to navigate in light of the forced closures and decline in purchasing power. According to the Saudi Central Bank’s statistics, the volume of spending instore decreased during the months of April and May by 32.95 per cent and 15.7 per cent respectively, compared to the same period last year. However, what is interesting to note is that the percentage of online sales increased by 78.3 per cent, reaching SAR 37.02 billion by June, far surpassing the highest recorded figure of sales, at SAR 27.93 billion recorded in December 2019.

On another note, the increase in VAT, from 5 per cent to 15 per cent, effective on July 1, 2020, motivated citizens in Saudi Arabia to increase their purchases before the increase was implemented. This resulted in containing the overall impact and the repercussions of Covid-19, with point of sale (POS) transactions not exceeding a 3.3 per cent decrease in the second quarter of 2020, when compared to the POS transactions of the previous quarter (Q1 2020). In addition, the points of sale transactions increased by 52.64 per cent in Q3 2020 (amounting to SAR 96.99 billion), when compared to Q2 2020 (SAR 63.54 billion). These figures reaffirm the effectiveness of the preventive measures and financial initiatives taken by the Saudi government, which have led to normalise consumer spending rates.

The distribution of transactions across various points of sale in different sectors, in Q3, 2020 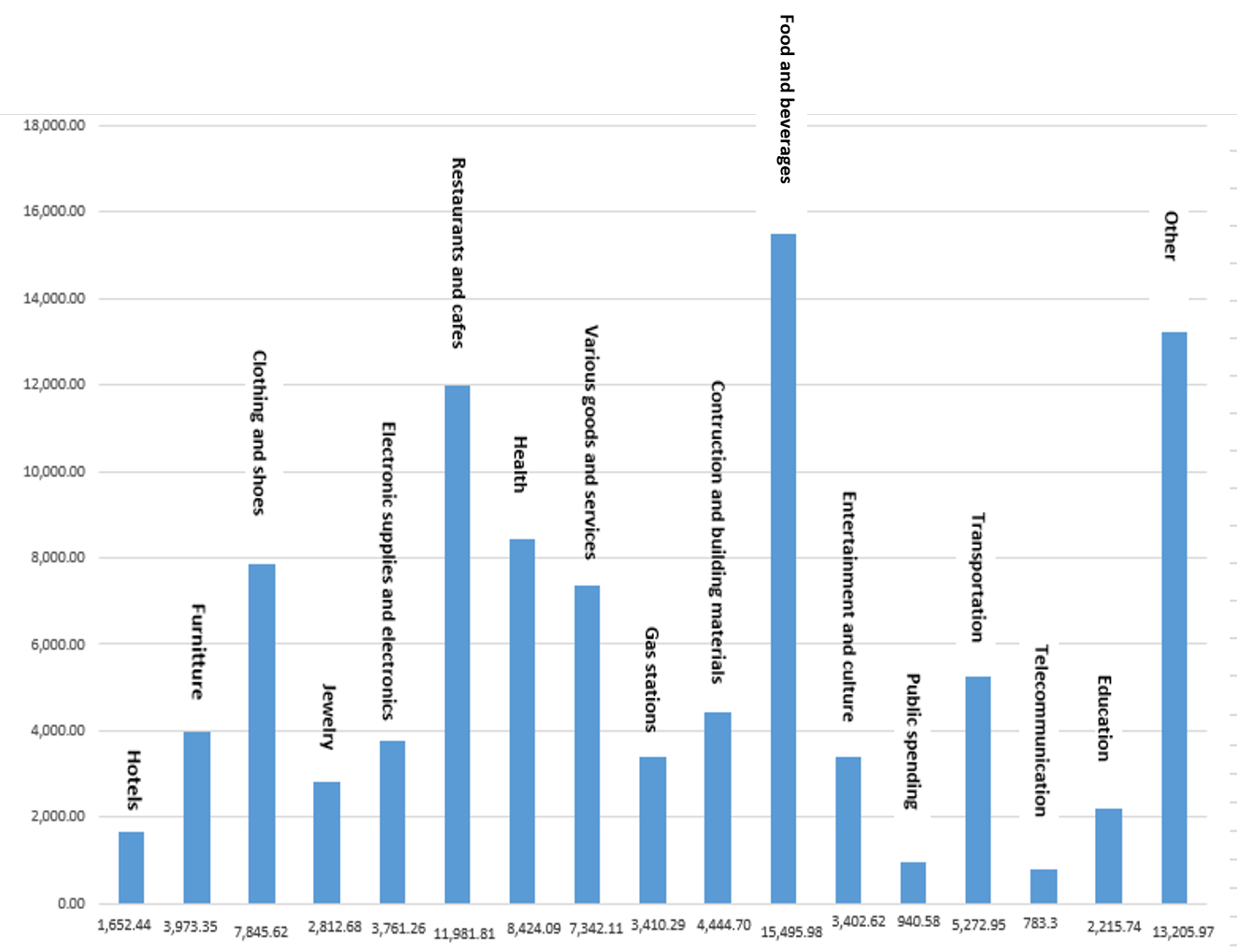 Source: The Weekly Reports on Point of Sale Transactions, issued by the Saudi Central Bank

It is expected that the businesses that have adapted to the new reality will have valuable opportunities to achieve business continuity and growth in the phase following the crisis. One should note that consumer spending in Saudi Arabia did not decrease by more than 5.57 per cent during the first 9 months of 2020, on an annual basis, with a decrease equivalent to SAR 42.52 billion recorded during the same period last year. This indicates that the retail sector is on the way to recovery, and that the impact of the pandemic was limited.