Startups in Mena raised $170 million in March, a 6 per cent rise month on month, across 43 deals. This takes the total amount raised in the first quarter of this year to $396 million across 125 deals, marking a promising start to the year so far.

The UAE once again led the charge in terms of amount invested in March, with $130 million invested in 11 startups. This was primarily down to two companies, agritech Pure Harvest ($50 million) and last mile delivery Lyve ($35 million).

Fintech attracted the highest number of deals with 10, but it was agritech and logistics that raised the highest amounts thanks to Pure Harvest and Lyve.

Looking back at this first quarter, the UAE ($256 million raised across 38 deals), Egypt ($22 million across 34 deals) and Saudi Arabia ($76 million across 28 deals) account for the bulk of investment deals and value. These three countries continue to dominate in terms of startup and investment activity and with two new funds launched in Egypt this year, we can expect even more from the region’s most populous country. 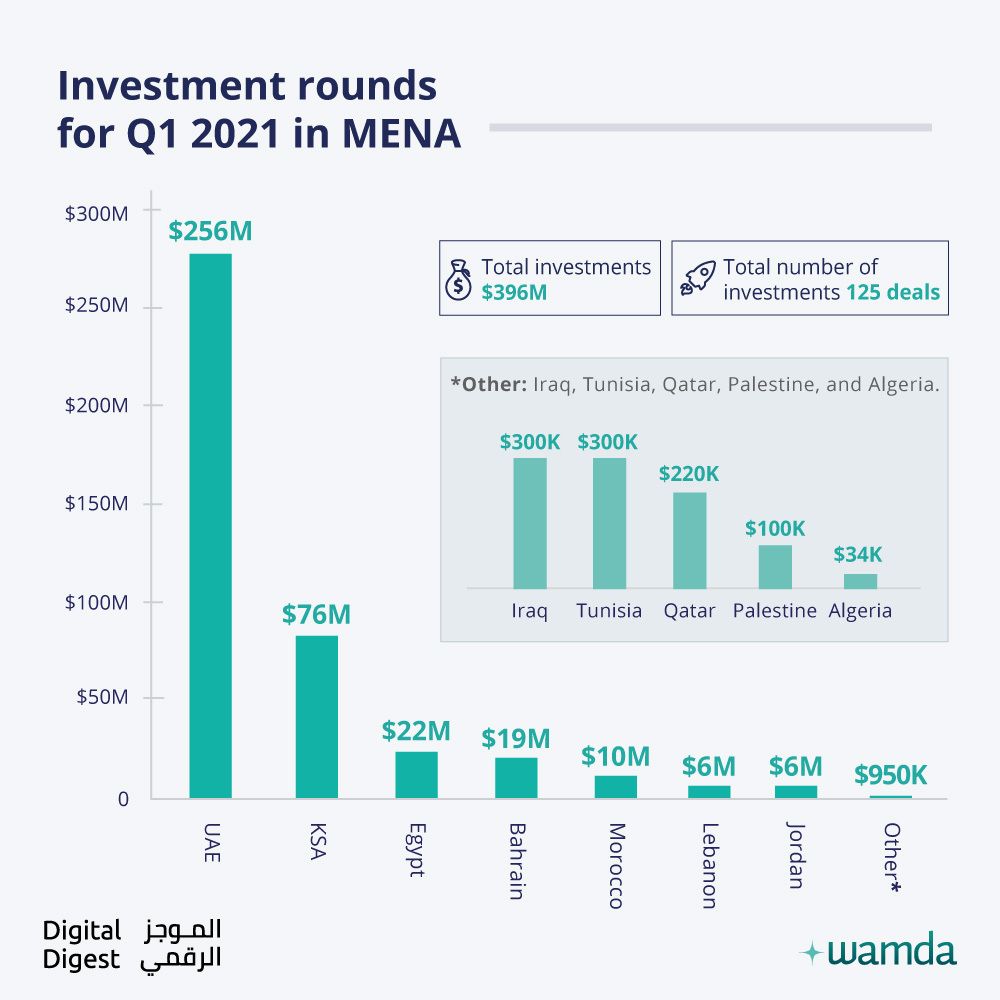