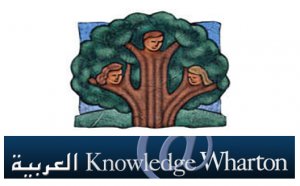 When Shaker Group, a Saudi Arabia-based air conditioning supplier, lists 30% of its shares in an initial public offering (IPO) in Riyadh later this year, it will be a signal that change is afoot among the Middle East's family businesses. The company set up by brothers Hussein and Hassan Shaker and today has an annual revenue of 1 billion riyals (US$267 million) is one of around 200 firms that the family conglomerate, Al Muhaidib Group, runs, or holds a stake in. The IPO is part of a massive restructuring plan that Musaab Al Muhaidib, a grandson of the group's founder, is pushing through to sharpen overall performance. Among other things, he says, such changes are expected to "help the group drive value out of its companies."

They range from old-timers such as retailer and fashion brand manager Jashanmal National Company whose founder opened his first general store in 1919 in Basra, Iraq, before spreading out across the UAE to relatively new start-ups, such as chocolate maker Patchi which opened its first shop in Beirut in 1974 and now has 140 boutiques in 28 countries. A slew of others were founded as trading enterprises back in the 1940s and 1950s that later diversified and are now massive conglomerates. Some have thrived by providing services around oil and gas, including industrial goods, real estate and financial services.

Indeed, more likely than not, the region's energy riches have bolstered growth at these largely private, family-owned businesses. At the same time, some have benefited from their counties' restricted competition practices, privileged access to senior local officials through family connections and access to funding based on their family name. Yet other factors are at play: In the Middle East, just as elsewhere, family firms are more likely to take a longer term approach to running their businesses than non-family, quarterly results-focused firms, showing a readiness to invest capital with patience that can become a competitive advantage.

Whatever the case, many Middle Eastern family businesses are sharpening up their acts. Al Muhaidib Group and others are scrutinizing their business portfolios to weed out firms that no longer fit their aspirations or are underperforming; others are consolidating and streamlining their vast portfolio of firms within targeted sectors; and in a number of instances, they are recruiting non-family managers for the first time or adopting corporate governance standards more often associated with companies listed in London or New York.

Why the shift? In a report about family-owned firms in the GCC published last year by consulting firm Booz & Company, principal Ahmed Youssef cited intensifying competition as one reason for the change. "If families do not take this seriously, they will have a hard time," he notes from his office in Dubai. Many Middle Eastern economies are pushing ahead with ambitious reform programs, which entails opening up to foreign investors as part of World Trade Organization (WTO) commitments. For the incumbents, it means either changing or being left behind. Says Musaab Al Muhaidib: "We have the pressure of globalization and the WTO, and the challenges of the cyclicality of the economy."

Youssef says it doesn't help that nearly 90% of the largest family-owned business surveyed for his study are active in three or more sectors; of these, about half are in five or more sectors. He cites the report's research into annual results between 2003 and 2007, which found that global family firms focused on one sector broadly outperformed those in numerous sectors. In some cases, though, when a group operates in many sectors, its family owners are reluctant to streamline. It might be that some sectors define the branding of the group, have sentimental value or the family is worried that getting rid of a business will send out the wrong message publicly. As Youssef notes, "When families put up something for sale, unfortunately the perception of others is that the family is in trouble."

Furthermore, the global financial crisis has taken its toll on the region, as elsewhere. In particular, this is a part of the world where, until recently, banks were happy to lend to big-name industrial families. But, says Youssef, "when the credit crunch hit, banks became very nervous, and now they're reluctant to renew credit facilities." says Youssef. It was a situation only made worse when Ahmad Hamad Algosaibi & Brothers and Saad Group, two indebted family businesses in Saudi Arabia, ran into trouble last August.

There are other pressures that might be all too familiar to counterparts in other countries. Succession planning is a case in point. In some cases, a patriarch is unwilling to cede control; in others, the younger generation has not been well groomed. Often, family members assume a plum job in management is their birthright rather than something to be earned and sometimes, their executives succumb to the personal interests of family members and invest in whimsical ventures that in other types of firms would never see the light of day.

And as family members multiply, there's growing pressure to pay dividends, rather than reinvesting earnings in the growth of the business. "There's always pressure from family members who are not involved in the business to get more dividends," says Raffi Amit, professor of entrepreneurship and management at Wharton. "That's a tough balance to keep."

Go Where the Action Is

Against that backdrop, these companies also need to address some particularly thorny local business challenges. In Saudi Arabia, some 60% of the population is under 25 years old but unemployment is running as high as 35% among 16 to 24 year olds. To soak up new entrants to the labor market, consulting firm McKinsey & Company says the Gulf region's private sector will need to create three million jobs in between 2005 and 2015, compared with just half a million created in the previous decade.

So far, the private sector has done little to alleviate the problem. The oil sector, in particular, provides jobs for only a very small fraction of locals. Meanwhile, the region's start-ups and small and midsized businesses (SMEs) have chipped away at the problem in a 2009 ranking run by the Saudi Arabia General Investment Authority of the country's fastest-growing SMEs, 45 of the companies cited created 15,000 jobs in the past five years.

Yet there are worthy stakeholder value-enriching opportunities, too. As policy makers in the Middle East try to diversify their economies from oil dependency, for example, there could be plenty of promising growth in sectors such as tourism, health care, engineering and construction. Home-grown family firms may have a good chance in this case, given their access to local know-how and connections.

Looking further afield, family-owned businesses are in a strong position to build on their strengths to become regional champions across the Middle East and North Africa. As Hassan Jameel, whose late grandfather founded Abdul Latif Jameel Company (ALJ), a global auto distributor in Saudi Arabia, points out: "Family businesses are the cornerstone of the economy, in the Gulf, as elsewhere."

It comes as little surprise, then, that some family companies in the region are drafting a new, more sustainable approach to their businesses. For example, in 2008 Al Muhaidib merged some 50 of its Giant Stores in Saudi Arabia, as well as Qatar and Kuwait with a chain of 60 or so Panda supermarkets, which were owned by Savola, a publicly listed foods firm. Following the merger, the new supermarket company found it had more than 1 billion Saudi riyals of real estate on to its balance sheet, which it has since divested in a sale-and-leaseback agreement. "That has brought … 1 billion riyals to the company and freed up assets," says Al Muhaidib. "And it has focussed the company on what it's good at retailing."

Aside from operational improvements, family businesses are increasingly pushing through changes in governance, according to experts. "If there's a large business that has the intention of being globally competitive, bringing in professional management early on is of the utmost importance," says Wharton's Amit. In the case of ALJ and others, that also means introducing executive committees, independent audit committees and independent advisory boards the latter reviewing management performance twice yearly. At such firms, governance practices exceed local requirements, and match standards more often seen among public companies.

Some large industrial families are also tackling touch management issues. Among other things, according to Amit, they are drafting a family governance document, charter or constitution. Such a document spells out the families' corporate values in black and white, including discussions about ethics and philanthropy. "Some of these families are very large," he says. "So in addition to having the governance structure in the family business, they have to have a governance structure in the family, which enables family members to make decisions." Al Muhaidib, for one, has introduced a charter that family members sign on turning 16 years old.

Above all, however, leading industrial families are learning how to articulate the relationship between family members and the business. "In regard to family members, there is a clear segregation of ownership and management, which means any family member who works for the company is regarded as an employee and not a member of the family," says Jameel of ALJ.

Al Muhaidib, too, has agreed with his family the terms of employment in the company. These terms place family members and non-family managers on an equal footing. Family members are put in management positions, he says, only if they can show how they can add value. As he says: "It's about starting from the bottom; the good ones go up the ladder."