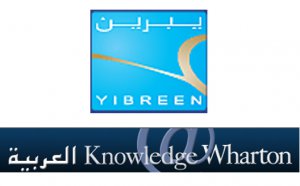 Reema Bint Bandar Al Saud is an Arabian princess with an entrepreneurial streak. As president and CEO of ALFA International and AL HAMA LLC, two leading luxury retail corporations in her native Saudi Arabia, and cofounder of Yibreen, a women's day spa in Riyadh, she is eager to defy the misconception that Saudi women are unsophisticated consumers who will buy any product put in front of them. Saudi women are not only well-informed about their purchases, but they also seek out entrepreneurial opportunities to serve the needs of other women, she believes.

As if to prove that point, ALFA International owns the license for Harvey Nicols Riyadh, the U.K.-based luxury lifestyle store's first overseas location, which employs Saudi women to be its lead buyers. Yibreen has gone beyond offering health and wellness services to providing women a place to network since its opening in 1999. Recently the spa hosted a fashion show where Saudi female designers launched new clothing lines. "It is a misconception that women have a long way to go," Al Saud notes. "Our plight is not that far behind any other society in health and work."

Her passage from palace to marketplace is a metaphor for a broader change: All over the Middle East, women are continuing to cross boundaries, going from being heads of households to small business owners to CEOs. While women entrepreneurs are a minority in most of the world, their presence in the Middle East and North African region (MENA) has been much lower in comparison to not only other middle-income regions but also predominantly Muslim countries such as Indonesia and Malaysia. As the cost of living steadily rises in the region, though, and the need emerges for job creation for a growing labor force, women entrepreneurs are playing a role in creating new employment opportunities.

Women such as Basmah Al Omair, executive director of the AlSayedah Khadijah Bint Khawilid Businesswomen and Lobby Center have found an ally dating back 1,500 years to push for reforms in the Kingdom in support of female entrepreneurship. Named after the first wife of Prophet Muhammad, Khadijah, a powerful international trader who was pivotal in the expansion of Islam, the Center has worked with King Abdullah and Saudi ministries. Housed in the Jeddah Chamber of Commerce, it has pursued initiatives to change laws so that women can have the right to work in mixed environments and serve as CEOs and as head of boards. The Khadijah Center also aims to remove restrictions that previously limited what business licenses women could obtain.

Although women are making major strides as entrepreneurs, cultural challenges remain in the MENA region. "Socializing on a business front is difficult after hours. If two families are talking over dinner, for instance, a woman likely won't be part of that conversation," says Al Saud.
Lamia Boutaleb, who cofounded Capital Trust, a Casablanca-based investment bank, believes these barriers can be overcome. "In investment banking, information is everything," she says. While it may not be culturally acceptable for men and women to sit together in social gatherings, they still have opportunities to network. Boutaleb schedules appointments with her male counterparts in the industry during working hours and has found this approach to be effective.

Egyptian entrepreneur Shereen Allam founded her second business, EcoTek - a printer cartridge recycling company - 10 years ago. She serves as president of the Association of Women's Total Advancement and Development, a network hub for businesswomen in the MENA region, and notes, "As long as women have education, they cannot be marginalized." Allam tells the story of a woman she recently met who attended an international business course. The woman wears a nikab - a full-face cover - and manufactures goods at home. "She has hired many women and has a fantastic export business." While this way of doing business may not be what Europeans or Americans perceive to be totally free, says Allam, it is still possible to do business in this way.

More than 95% of enterprises in the MENA region are family-run, and it is more socially acceptable for women to run businesses they have inherited. While many family enterprises are operated by women, Allam notes that this does not make the hurdles any easier for women to overcome. She recalls meeting a woman who inherited 13 medical centers from her father. During board meetings, all the men turned their chairs away from her because they did not want to accept her as their leader. Still, she refused to let herself to be intimidated by their behavior. "She said, 'I'm sorry, but you are not going to get anyone else except me.'"

Al Saud points out that in her experience, rather than turning their backs, sometimes people do not disclose full information. When doing business for the family firms she heads, the Princess says she does not personally experience the same sort of treatment because everyone knows that her male cousins and uncles are backing her.

While Allam acknowledges that starting a business in Egypt is easier than it was 20 years ago, women entrepreneurs can still inadvertently fall into traps of unknowingly breaking the law. For example, while working with a lawyer and an accountant to launch a clothing business, she learned half way through the season that she was breaching the law by having the "Made in Egypt" tag written in English instead of Arabic. "Even today, you never know what law you could break by mistake, and you can immediately get into a lawsuit without even receiving a warning. It is one of the major hindrances for anyone that wants to get into a business. It is a scary thing," she says.

Other issues that confront entrepreneurs across the MENA region are financing, learning to better manage cash flows and obtaining access to information. Allam says Oman and the United Arab Emirates are good examples of governments helping to create a one-stop-shop for entrepreneurs to collect data.

In Qatar, Aysha AlMudehki and two other women are helping develop the Roudha Center in partnership with universities and organizations to do just that. "We realized that there was a huge need to support women who wanted to launch a business," she says. The Center hopes to guide women through the process of developing business and marketing plans as well as obtaining financing. Although Her Highness Sheikha Moza, wife of the emir of Qatar, has been encouraging women to cross boundaries and work, entrepreneur Mona Fadel, who helps bring international fashion labels to the region, says that many people do not want to become entrepreneurs, preferring the safety of employment. "They would rather just go work for the government sector and not deal with the challenges of entrepreneurship," she says.

With state jobs becoming more competitive and harder to obtain, Middle Eastern governments are pushing citizens to go into business. Fadel notes that they could offer greater support for entrepreneurs so they can better understand what it means to have their own business. "What about those who do not have connections?" she asks. "If you have an idea, there needs to be a specific place within the government that can help you carry it out."

In Saudi Arabia, women hold more than $13 billion in local bank accounts that could potentially be invested in the local economy. More needs to be done across the region, though, to fund new startups so that women do not have to rely just on funding from their families. While Saudi Arabia has various funds to help small businesses, communication about the opportunities that are available needs to improve, according to Al Saud. "A community or information center in the Chamber of Commerce or information online can help you find support," she says.

Some of the challenges her firms face are labor issues. For example, bringing in fitness and beauty staff from Europe and South Africa is possible only because she has access to a group of financers through family contacts. Despite that, the visa process for employees, even for someone with strong connections in government, is long, bureaucratic and could affect business opportunities. "At the moment, the focus is on Saudization and big business that can support the training of staff," she says. "It is good if you are a Cisco or an IBM that has infrastructure to support this, but for small businesses, it is hard to balance out Saudization and not fall back on the services you are trying to provide customers."

During the next five years, many foresee several possible changes and challenges. For example, in Saudi Arabia, many women find driving to be an issue of finance rather than mobility. Half a woman's salary can go towards a second car and driver, and it has to be economically viable for her to work. It is not simply changing a law but also infrastructure issues such as hiring women to drive and staff ambulances as well as be trained as policewomen to facilitate Saudi women on the road. Learning to network and promote their businesses is another critical issue for women business owners. Allam recently was in Jordan participating in a session with other female entrepreneurs on public speaking training.

"Even those who have owned businesses for 20 years did not know how to sell their ideas in order to get investment and grow," she says. With just a small amount of training, she saw a major change in confidence and hopes more emphasis will be placed on teaching women to form actual business networks. "There are female entrepreneurs who have been friends with each other for years but may never talk about business problems," states Allam, who believes business support networks are vital for any entrepreneur.

Mauro Guillen, director of the Joseph H. Lauder Institute for Management and professor at Wharton says that governments must support women in rural areas where illiteracy is still high. The Jeddah-based business group Abdul Latif Jameel has recently partnered with the Grameen Bank - founded by microfinance pioneer Muhammad Yunus - to create The Grameen-Jameel Pan-Arab Microfinance Limited. They hope to support low-income and rural women and have a target of providing one million loans to clients across the MENA region by 2011. There are 100 microfinance institutions reaching some 3.5 million borrowers with an outstanding loan portfolio of $1.3 billion. Experts estimate that $4 billion is needed to meet demand for the entire region.

With Abu Dhabi alone averaging daily revenues of $800 million from oil, Wharton management professor Raphael (Raffi) Amit believes that many Gulf countries could be more proactive in supporting all entrepreneurs, both male and female. He says Singapore might be a good model to follow since the government there has been supporting entrepreneurs through providing startup grants of $50,000 to $100,000.

Within the next five years, Al Saud hopes that funds will not only go towards good business plans but also the development of angel investor groups with strict structure support programs. Once these programs take off, she suggests, gender will not be an issue in determining who gets funding.