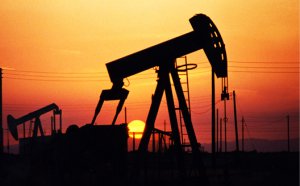 Gulf governments have put millions into cultivating innovation and trying to develop future economies not dependent on fossil fuels. In pursuit of that goal, the region can learn much from Asia's transition from imitation to innovation, says James R. Lee, a Wharton fellow and the youngest graduate to date of the U.S. Army and Naval Academy.

Lee is a member of President Bill Clinton's 'Millennium Network' and a Founding Curator of the World Economic Forum's Global Shapers Community. In 2011, he was named Young Global Leader by the World Economic Forum. He is the founder of Lee & Partners, an international strategic advisory and private investment firm, and also is chairman of Stoic A/S, a Copenhagen-based branding and advertising agency.

In an interview with Arabic Knowledge@Wharton, Lee says that whether a region imitates the world's best, or spends enough to bring it home, the process of development has to evolve into one that sees local abilities expanded, and an emphasis has to be on creating things that are regionally distinctive.

Arabic Knowledge@Wharton: What are the observations you've made about the progress that's going on in the Gulf?

Lee: It's exciting to see what's happened here in such a short amount of time. There's so much ambition, and corresponding to that, there is a desire. What differs from the rest of the world are the resources available and the motivation to make that happen. There's a willingness to learn and to develop. In the first phase they basically went out and found the best and they brought it home. They've done that with retail, and they've taken the same approach to universities. The real opportunity here is that the curve from imitation to innovation is very short.

Arabic Knowledge@Wharton: But it's not so much development by imitation as it is by appropriation bringing the Louvre here, New York University, the Cleveland Clinic. Is that a sustainable approach?

Lee: From a strategic point of view, the Gulf is located in an advantageous and privileged location. So from a tourism perspective, bringing the Guggenheim and the Louvre here there are many people who will never get to the Louvre in Paris, and going to one here will be as an authentic experience for them. It's not a replica; it is the real thing for them. It brings fantastic value to the audience and to the region. The next step is where the greatest potential lies. Once you've seen and brought over these things, what must be asked is, what have you learned and taken away from them, so that you can do these things for yourself.

Arabic Knowledge@Wharton: Critics of this model have said you can't buy culture or knowledge.

Lee: It's a natural part of development. The greatest opportunity is waiting to be developed. There's this tension you feel when you speak to students here. They say. 'What can we do that is distinctly ours?' They can try to reverse-engineer, or they can be inspired. I think sooner rather than later, they are going to find propositions that are distinctly their own. It's not about simply bringing in branding. When you look at the larger infrastructure ambitions, they should not try to replicate Silicon Valley, for all the reasons we know it was a unique proposition that grew organically, based on its ecosystem. It's a systematic phenomenon. You can try to import Nobel laureates, but at the end of the day, where is your own source of innovation? Rather than try to import something, look around.

Arabic Knowledge@Wharton: There is a dichotomy, though, between the future plans of Gulf countries and the fact that some are oil or gas-based economies.

Lee: Absolutely. Anytime you're dependent on one source of income you run enormous risks, subject to threats such as innovations that could overnight change the category that the source is in. But it's up to the leadership and individual managers in the state here to preempt that and prepare for a future with other sources that could sustain a society here. Based on what I've seen, there's a lot of cause for hope, as there is a lot of thoughtful consideration towards preparing for an economy that is not dependent on fossil fuels.

Arabic Knowledge@Wharton: Where are the gaps in the region that must be addressed to meet these goals?

Lee: Fostering a culture for entrepreneurship and understanding that one part cannot frame that ecosystem whether its companies, policies, or academia all of them have to be working together. In terms of entrepreneurship education, it's not just about having incentives in place, but how do you motivate individuals and show it can be done. There's a role for media to showcase best practices and examples. Not only that you celebrate entrepreneurship, but that it is acceptable to experiment, and failure is not a failure in that sense. From a company point of view, big corporations in China have demonstrated that even a centrally controlled government and state-owned enterprises can be entrepreneurial.

Arabic Knowledge@Wharton: Are there other lessons for this region from Asia?

Lee: The story of Korean family-run businesses and conglomerates has a lot of parallels not only to family businesses here, but also perhaps have lessons for governments here too. Take the story of Samsung, which has perpetually reinvented itself. It started out as a trader of dried food and through decades has been a financial services provider, a pharmaceutical company, a media house, a car manufacturer, healthcare provider, developer, energy, to consumer electronics. How did its consumer electronics start? It did it through imitation, making a cheaper version of Japanese products. But over time by incorporating design, harnessing the resources from imitation into research and development, they achieved superior quality and superior technology to become the leading consumer technology company in the world. From a cultural context, take the skyline of Beijing versus Shanghai, it's very much a display of imported brands in architecture a fooprint of Norman Foster, Zaha Hadid and Rem Koolhaas. But when you look elsewhere in the secondary cities, you see the students of those international studios making buildings, incorporating something that is uniquely their own DNA in that.

Lee: Analogies can be drawn from Korea, Taiwan, Singapore, even Denmark for that matter, for this region, because they are small populations, and in a lot of the instances, they have limited access to natural resources, so they require innovation; and the greatest resource they had was their minds. Just because you have the resources, that doesn't mean you should be dependent on them. If you can confront the world as if you don't have those resources, that would be a very inspiring posture. Those examples I cited, they had to go out to the world and see what it required, and then offer and create value. Partly its understanding how to posture yourself and your products for the outside world.

Arabic Knowledge@Wharton: What about the Arab Spring