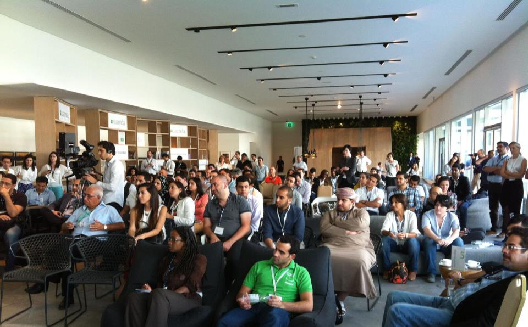 During this month’s Wamda Mix N’ Mentor (MnM) across the Arab world, our team traveled to Amman, Beirut, and Dubai to bring stellar mentors and passionate entrepreneurs together to discuss some key challenges to starting up.

The events offered entrepreneurs the chance to speak with mentors in an intimate setting, catalyzing powerful feedback, some hard reality checks, and experienced inspiration.

Below are some key takeaways and lessons from the mentors and entrepreneurs that may be of use to those who couldn’t attend. If you attended any of these MnM’s, we would love to hear your takeaways and experiences as well in our comments!

It’s easy to get caught up in your idea, especially if you have a strong vision and vivid imagination about what your startup can achieve, but there’s a fine line between pitching your idea and overselling it.

Andrew Hyde (@andrewhyde), founder of Startup Weekend, explained that not every startup will or should go global. Some will have a very niche market in one location, and will be very successful in that space. Instead of overselling or overstretching your vision, be realistic – research and monitor your market and use it to realize your startup’s true potential. Focusing on one market, one city, one country, or one region may be the best way for you to proceed.

2) Leverage the power of a close knit community. [tweet this quote]

During a very candid discussion in Beirut, attendees agreed that there needs to be more community and collaboration between startups. Panelists Elie Habib of Anghami and Roy Zakka of Ubanquity noted that they really only see other entrepreneurs in Lebanon a couple times a year at scheduled events, and Roy, along with several others, resolved to create a stronger community by meeting in person more often to discuss common challenges (those interested in participating can email coe [at] wamda [dot] com).

Andrew Hyde, founder of Startup Weekend, pointed out that often small communities can support each other with impact, while bigger communities have a tougher time creating opportunities. “I encourage you to post on your blog about someone else's company that you liked,” he said.

One of the key topics that came up at each MnM event was how to attract and retain a talented team when resources are tight. As Francine Hardaway from Geeks on a Plane noted, the war for talent is global. While it’s difficult for startups in the Middle East to find talent, startups in Silicon Valley have the same problem; everyone is competing with larger companies for capable people.

Mentors noted several options for providing incentives to work at a startup, including offering company equity, giving a bonus for good performance, offering flexibility, and including new hires in decision-making. Emphasizing opportunities is also a great motivator; when someone knows that their work is valued and is having an impact, they are more likely to find the job fulfilling than they are a better paying but uninspired desk job.

In Dubai, one entrepreneur, Dana Shaddad of augmented reality company ExploreEngage, boldly stated, “Many companies in the region treat HR as an administrative function. It isn’t. To build a talent pipeline, you need to have ongoing conversations with potential candidates all the time in order to bring the right talent on board when you are hiring.” Another entrepreneur at the table who said she had been turning away business because she couldn’t hire quickly enough, admitted that she wasn’t speaking with enough people. Brian Sigafoos of Duplays pointed out that defining core values has also helped Duplays determine who to bring on board.

The consensus was that building a team has to be strategic from the beginning. Not only do entrepreneurs need to define the culture they want to build and their core values, but engaging talent takes time and constant strategy. 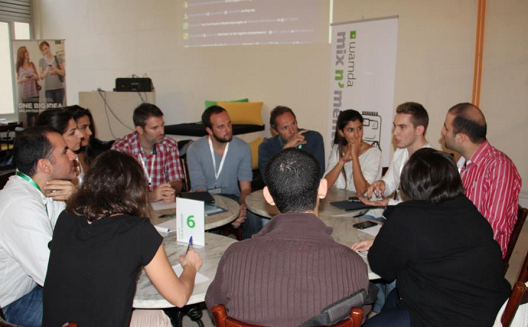 One topic on every founder’s mind is funding, and rightfully so – it’s critical to find a strong and steady funding source once a startup needs capital to scale.  Understanding investors’ thought processes and preferences is the first step to finding useful funding.

At MnM, some entrepreneurs and investors brought up the idea that it’s very important to be picky about your investors. It can be a good idea to find a lead investor with expertise in your field who can offer useful advice as you grow and help bring others on board. Also, remember to choose one that other investors like co-investing with.

6) The future is impossible to predict. [tweet this quote]

At MnM Dubai, Joi Ito (@joi) pointed out that, "There's no company that's been successful that looks anything like it did when it started." Consumer appetites change, funding sources change, regulations change, technology changes, and ideas fall in and out of fashion, so flexibility in your model is vital to any sort of growth.

“The future is impossible to predict, so it’s best to be a Now-ist,” says Joi.

By building an agile model, you will be able to make your startup last and have true impact as things outside of your control change. This could include using flexible software, hiring a team with varied skill sets, making your brand available on different platforms, and monitoring nearby markets.

7) Focus on customer behavior when starting up. [tweet this quote]

Sohrab Jahanbani, co-founder of GoNabit, which was acquired by LivingSocial, discussed the challenges that he faced in his early days building a software company. “I started my first company with a credit card and I made a lot of mistakes,” he said. “I can help you avoid these same mistakes.”

But the difference between Sohrab and just another entrepreneur that went and got a job is that he simply kept building and pivoting. After realizing the initial company wasn’t succeeding, he launched an SMS platform for football updates in the U.K. He encouraged founders to really focus on the data when it comes to getting traction. “After you spend a dollar getting a customer, assess how long it takes before you get that dollar back. Every time you run a marketing campaign, create a campaign ID, and track how customers behave. As you scale, calculate the costs of localization and what the advantages are of doing a land grab as a first mover versus being profitable first.

When Dave McClure first started 500Startups, he realized he would have to compete with well-known accelerator Y Combinator, which was just down the street. After obsessing about competitive advantage, he decided to focus on design, distribution, and data. “From there, we pieced together a strategy that was different from everyone else,” he says.

As he looks to the future, he sees opportunities for startups to differentiate themselves in three major fields: selling offline goods online (like coffee, baked goods, razor kits, etc.- “by being narrow in a specific vertical, you can create great brand value”),  serving offline businesses with a technical solution for their online needs (“there’s a 100 billion dollar food & beverage industry out there that knows nothing about online marketing”), and kids education (“A lot of disruption is happening in the education vertical for kids, via touch devices”).

“Startups are not a luxury, they are a necessity,” Fadi Ghandour (@fadig) said at MnM Dubai. The region is well aware that as youth unemployment looms, embracing a culture of entrepreneurship has no longer become an option. Fadi also spoke about the war for jobs in his speech and chat with Wamda at the Abu Dhabi Media Summit. What does this mean for founders? More attention and more avenues for support, as long as they buckle down and create a viable idea.

10) Playing games can benefit your startup. [tweet this quote]

"Kids who play MMORPGs [Massively-Multiplayer Online Role-Playing Games] make better managers,” said Joi Ito at MnM Dubai. Why? The metaphors that gamers learn about creating teams on the fly to go on quests helps them understand motivation in an agile context. “I would rather hire a World of Warcraft leader than an MBA graduate as a manager,” Joi insisted.

In general, the ideas in gaming also help team members stay motivated in the long term. When work is fun and collaborative, your team will be highly motivated, you’ll be excited to get up for work in the morning, and your startup’s attitude will be contagious to others in the ecosystem. Make sure that your startup’s team feels included in the growth of the company, enjoys time outside of work together, and is made up of personalities that mesh well with each other to keep encouragement and productivity key pieces of your office culture.

Let us know what advice stood out to you or helped your company, and stay tuned for more Mix n’ Mentor events across the region. Next stop, Cairo!