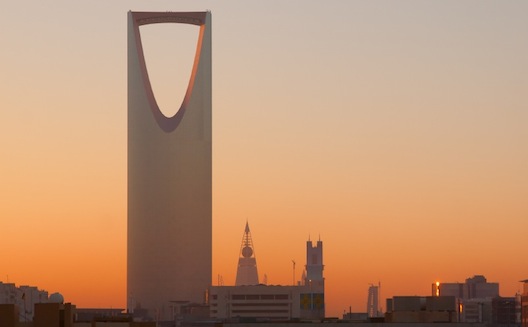 In Saudi Arabia, a major industrial company may be leading the way towards changing the entire country’s weekend to Friday-Saturday, to better facilitate commerce with the rest of the Arab world.

The Savola Group, which supplies the region with edible oil, sugar, and dairy, products, hopes to shift its weekend by the middle of 2013, in an effort to coordinate better with its partners throughout the Middle East, Saudi Gazette reports.“Savola Group would like to announce to its shareholders and all stakeholders that the Group is currently considering changing the weekend days to Friday and Saturday, instead of Thursday and Friday,” the company said in a statement to Tadawul, Saudi Arabia’s stock exchange.

The main motivation for the move, said Group managing director Dr. Abdulraouf M. Mannaa, was to faciliate better international business."This would enable the Group to take advantage of a greater number of international working days in the week." Savola hopes the move would occur in the second half of 2013, and it is believed that Shoura Council has given its approval, ArabianBusiness reports. The final decision, however, rests with the King.

Savola Group ranks second only to SABIC in the industrial sector, and ninth among the top 100 companies in the Saudi Arabian market. In the first quarter of this year, the company posted a 21.8% year-on-year rise in net profits, to $78.72 million. Its move to usher in change would undoubtedly also boost commerce for startups in Saudi Arabia conducting business with the rest of the region. At Velvetty, a fashion outlet in Riyadh, the change in weekend schedule would help when dealing with Western suppliers, said founder Sinan Khatib.

For Alper Celen, founder at Fursaty and Managing Partner at Commit Network, the weekend change will also have major effects beyond Saudi Arabia. "For us foreign investors working extensively within Saudi Arabia, the change will result in higher business efficiencies and a dramatically improved quality of life. With the upcoming change, I will finally have a real weekend day as Saturday, to spend with my family. On the increased efficiency front, I believe the positive impact on the GDP will be sizable and measurable, as foreign traders could have 20 to 25 percent more time to work together."Aside from Yemen, which moved to change its weekend to Friday-Saturday in 2012, but delayed the move indefinitely, Saudi Arabia will be the last remaining country in the Arab world on a Thursday-Friday schedule. Oman, which currently also uses Thursday-Friday weekend schedule, is changing its schedule starting tomorrow, on May 1st, as decreed by Oman’s ruler, Sultan Qaboos bin Said.