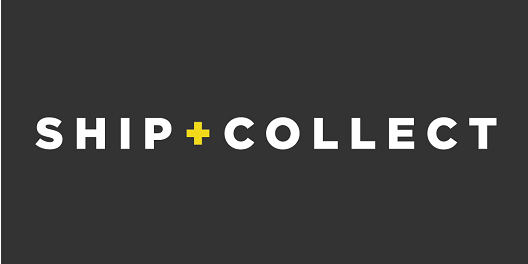 When we last caught up with Ibrahim Manna, he was just closing down his delivery startup, Wheels Express, one of Jordan’s early successes.

At the time, the story seemed like a cautionary tale for those navigating the treacherous waters of angel investment. Manna had scaled Wheels into a successful local delivery service, with a loyal base of customers happily ordering groceries to their homes and sending clothes out for laundry.

In early 2012, after running the company for almost three years, Manna decided that he needed to prove to investors that he could reach new markets. Most startups scale aggressively only after they’ve secured a round of funding, but Wheels had little choice. “All of the investors I met with wanted to see us operate in either Saudi or the UAE,” says Manna.

Once he hired the team and opened the offices to scale, however, margins took a hit, and his investors- Imad Malhas of Irisguard and Karim Kawar, the former Jordanian ambassador to the U.S., as well as Oasis500, decided not to enter the next round. Wheels quickly ran out of cash given the cost of expansion, and never reached the Saudi market.

At the time, getting over failure was tough, says Manna, but Malhas encouraged him to pick himself back up and get on to the next thing.

That next thing is now an ambitious bid to tackle logistics in one of the region’s trickier markets: Saudi Arabia.

This May, Manna launched Ship & Collect in Dubai, a service that will focus on last mile delivery, promising e-commerce companies better return rates than its giant competitors Aramex, FedEx, and DHL.

To do so, Ship & Collect will focus on quality control, says Manna. He’s realistic about the sacrifices that reaching for perfection will entail. “We will focus more on quality than quantity,” he says. “ Our shipping prices will be higher than Aramex, for example, but our return rates will be lower.”

Ship & Collect’s prices for warehousing and fulfillment, however, will be cheaper, he says. For now, the startup is focusing exclusively on solutions for e-commerce companies, following the sector’s boom in the region. “E-commerce companies are growing faster than any other companies out there,” says Manna. “There's a revolution going on, we can feel it.”

It’s a tricky niche; most e-commerce companies have begun managing their own last mile delivery in order to shave down shipping times beyond what couriers offer. Especially in Saudi Arabia, rumors abound of warehousing deals gone awry and unreliable local partners. If Ship & Collect can secure the right partners and guarantee a dependable solution in the Kingdom, it will undoubtedly have a market.

“We’ll guarantee three attempts to set a delivery time over the phone, and two attempts to deliver a package on the ground,” says Manna. If fulfillment and shipping are consistent, higher prices might be worth it for e-commerce companies, especially those that don’t store inventory in Saudi and want to avoid paying import duties on returned packages.

By generating a database that integrates with a variety of e-commerce sites, Manna also hopes to make ordering easier for customers, so that they won’t have to re-explain their address when ordering from different vendors.

The idea is a much bigger, broader concept than Wheels Express, with the potential to further open the Saudi market to the region. To make it work this time, Manna is sticking to a lean approach. “I'm trying to start small, to adopt the lessons I've learned, and to have a better understanding with my partners about what to expect,” he says.

With a new team of only five, he hopes to work closely with his investors, Omar Tahboub, VP of Product at Bayt.com, and Omar Shami, owner of Jordan’s Shami Eye Center, so that he doesn’t “go wild when it comes to spending money,” he says. “We’re trying to reserve our capital.”

When asked how investors view his previous struggles, Manna says they’re viewed as an advantage. “Since Wheels Express closed, I wore this failure as a badge of honor, and I acted the same, because I gained a lot of experience and exposure,” he says. “They see this as an added value; an experienced entrepreneur is better than having someone fresh.”

He’s not the only one hoping that a “failed” entrepreneur can now make it big.

Before launching Ship & Collect, Manna worked for six months at Jeeran, one of Jordan’s most seasoned startups, which has been running for over 13 years, now helmed by Omar Koudsi after the departure of his co-founder Laith Zraikat in early 2012.

In 2010, the startup pivoted from being a user-generated content portal to offering local place recommendations and listings. Last September, it brought Manna on board to build out a new food ordering platform, in hopes of monetizing its popular user searches for restaurants.

Yet, after the Jeeran team took the new platform live in February, they realized that it could compromise their focus, says founder Koudsi. There weren’t any flaws with Manna’s vision, he says. “We had a good response, but then we realized how much we would have to do to really succeed at it, and we thought it would come at the expense of building our core business.”

Now, Jeeran hopes to continue focusing on its content and eventually to partner with existing giants in the food ordering segment, like Yemeksepeti’s FoodOnClick or Rocket Internet’s HelloFood.