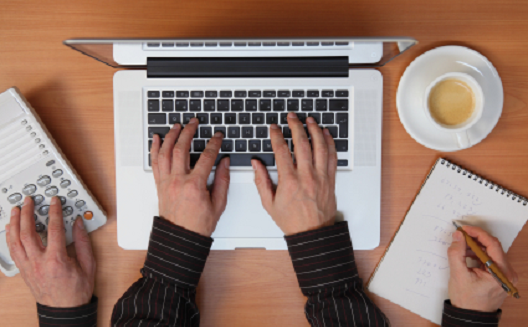 Most employees are on the lookout for ways to achieve multiple goals simultaneously. In fact, many non-multitaskers perceive themselves as poor performers, and top multitaskers think they're particularly gifted. Multitasking is also a skill that most companies and interviewers look for when hiring candidates.

But studies have shown that multitasking may not only reduce productivity at work, but may also make us more prone to making mistakes. While it might seem easy to do two routine tasks at once, doing two complex tasks will push your brain to work harder and, some say, it may have a long term effect on your memory. In order to produce high quality work in a hectic workplace, you need to train your brain to manage all that input at once.

Below, Akhtaboot presents a number of reasons why multitasking may not be all it’s chalked up to be in the workplace:

Every task you’re working on needs a certain amount of time to be completed, so when you do two things at a time, you’re not really multitasking, you’re just jumping between tasks. This prevents you from getting fully "in the mood" for any one task. Imagine yourself writing an email while talking on the phone at the same time. It’s nearly impossible to do both at once as similar tasks compete to use the same part of your brain, causing pressure on your memory.

In many countries, it’s illegal to speak on your mobile phone while driving a car –and for good reason: the human brain is not wired to do multiple tasks at the same time. Multitasking will slow you down as you become more susceptible to making mistakes, especially if one or more of your activities involve a lot of critical thinking or reflexes.

It will make you less creative

Multitasking uses a lot of your temporary brain storage and when your temporary memory is occupied; it can take away from our ability to think creatively. Juggling too many tasks at the same time will reduce your creativity when faced with issues that need problem-solving and creative thinking. Multitaskers also find it harder to daydream and generate spontaneous creative ideas.

It can affect your short term memory

It’s obvious that when you try to do two things at once, you’re going to miss out on some details of one or both. Many psychologists state that one of the many negative side effects of multitasking is an increased loss in short-term memory. Interrupting one task to focus on another can disrupt your short term memory and interfere with your ability to concentrate as you age.

It will make you less present

Given the highly interactive Internet era we live in, many employees are dwelling in a sea of information with too many distractions. This can have a negative effect on your happiness as this overload increasingly damages our ability to effectively communicate with others. In fact, multitasking can also be detrimental to our relationships. Do you routinely take phone calls at home or type away on your keyboard or mobile phone during a meaningful conversation with your partner? You may be multitasking your way into weaker relationships.

Training your brain to multitask effectively

Even though multitasking has become a critical piece of many of our daily routines, it doesn’t mean that you should repeatedly divide your attention between numerous tasks. The real trick is training your brain to focus energy efficiently and effectively so you can achieve more in less time. Instead of working hard, work smart.

The key to this is to know when to slow down and focus on a heavy task that needs your full attention and when to switch back to juggling more routine jobs. Avoid overloading your brain with too many mental notes as you will only drain your energy and are more likely to disappoint others as you forget something you promised to do. Put whatever's on your mind on paper or on a digital notepad to help you limit distractions and improve concentration.