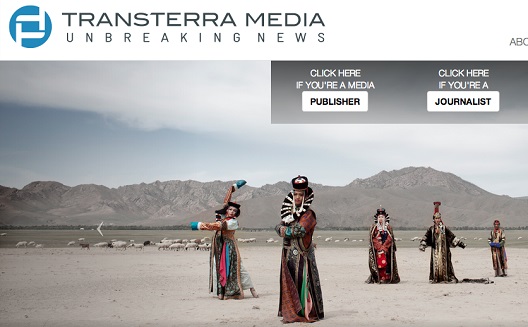 The statistics are by now familiar: newspaper and magazine subscriptions are in free fall, Facebook and Twitter are on the rise, and what had once been considered untouchable news bastions are being scooped up and bought out by techie upstarts (see Jeff Bezos of Amazon’s recent acquisition of The Washington Post, and Facebook’s Chris Hughes’ purchase of The New Republic). Given the rate at which things are changing, who can tell what things will look like ten years from now?

While very few visionaries anticipated the media environment of today, several entrepreneurs are now moving fast to drive the next industry shift. Many of these new media projects are focused on personalizing the stories that get published – for some, this means hyping writers’ personalities in a way that has only become possible in the age of social media, and others place emphasis on the role that citizen journalists, armed with smartphones, can play in reporting developing stories.

Originally incorporated in New York City in 2009 by Jonathan Giesen and Eli Andrews, Transterra Media is perhaps the first of these online marketplaces, but their model has given rise to several others, including standalone startups like Newsmodo and the yet-to-be-launched NewsFixed, and projects affiliated with major media outlets, like Al Jazeera’s The Stream and GuardianWitness, both of which give outlets for citizen journalists to upload photos and videos with the chance of being selected for publication. Giesen tells me, over coffee in Beirut, that even AOL, eBay, and the hacktivist group Anonymous are getting in on the content marketplace action.

Journalists are able to pitch stories to organizations like Transterra, who then vet and prepare them for sale. Editors at news entities can also commission very specific stories – packages for television, online video, or print – from a pool of journalists. The model has become common enough that the organizations that have adopted it are already beginning to diversify. At Transterra, editors have a wide selection of journalists to choose from – from bloggers with smartphones to award-winning professionals – depending on their budget, technical requirements, and deadline.

But Newsmodo founder Rakhal Ebeli is rather dismissive of citizen journalism, saying in an April interview with Wired magazine that “for quality journalism, it’s not the way forward.” The nascent NewsFixed likewise only features experienced journalists specializing in breaking news, co-founder Jeremy Walker says over Skype. NewsFixed also differentiates itself by selling content to think tanks like the Organization for Economic Cooperation and Development (OECD), and charities like OxFam, “for use in their awareness-raising activities but also [for] impartial analysis on the effectiveness of their campaigns and the ability to present strong video, photo, and multimedia work in their grant proposals,” says Walker.

These types of projects are mostly designed to address the contraction that nearly all the major media outlets are facing as a result of weakening sales. No longer able to afford bureaus in every region, or correspondents in every city (or even, in some cases, every region), news providers are increasingly dependent on less expensive freelancers, based all over the world. Giesen of Transterra says that this crisis has been fundamental to Transterra, having “created the space for models like this.” Newsmodo’s Ebeli concurs, telling Wired that one of the inspirations for his startup was that “the newsroom was being scaled back dramatically… [and is] having to adapt to new ways of acquiring content and covering stories.”

Despite Giesen’s current confidence, Transterra is actually bouncing back from a rough period. The two co-founders launched their startup in Cairo on January 23, 2011 – two days before the beginning of the January 25 protest in Tahrir Square that shook the region and the world. As a brand-new news startup, being based in Cairo at that particular moment was one of the best things that could have happened in terms of attention; the next thing Giesen knew, he was on a plane to Doha to meet with Al Jazeera’s top producers about the Qatari news conglomerate’s interest in buying his company.

But after several months of deliberation, Giesen, his co-founder and investors decided against it, partly because their initial site would simply be unable to bear the load of so many visitors – both content creators and potential buyers. This led to a nine-month hiatus and fundraising period, during which they hired a US-based web developer to rebuild the site which only just re-launched in September 2012.

Over the course of the next year, Giesen says he hopes Transterra will be able to disrupt that last bulwark of 20th century journalism: the wire service. Up until now, he says, newspapers and online news content services have been reliant on whatever hard news Reuters, Agence France-Presse, and the Associated Press send out. Transterra, and other new sites that have replicated its model, instead offer news providers the opportunity to order specific stories – whether hard news stories, features, or cultural pieces – that are carefully tailored to the tastes of their specific audiences. They’re creating the possibility for on demand, bespoke news stories – something that the traditional wire services don’t provide.

Transterra wasn't designed to rival the wire services, however; the sheer breadth of its operations might make the process unwieldy compared to tried-and-true fast-paced wire services. Ideally, embedded journalists with Transterra, and other organizations like it, should be able to write up hard news quickly simply due to their proximity to events as they develop, but anticipating and then selling content is another matter entirely.

With over 2,000 journalists in 123 different countries on board, Transterra has certainly taken off in the freelance community. Participating publishers are mainly online media companies that have gained followings in the past ten years, including Al Jazeera, VICE, and The Huffington Post, among many others. If Giesen and his team manage to cut into, or even disrupt, the mainstream news industry’s reliance on wire services, this list may soon come to include the heavyweights.

Transterra’s tagline is ‘unbreaking news’ – if things go according to the team’s ambitious plans, they (and others like them) may stand to do just that.