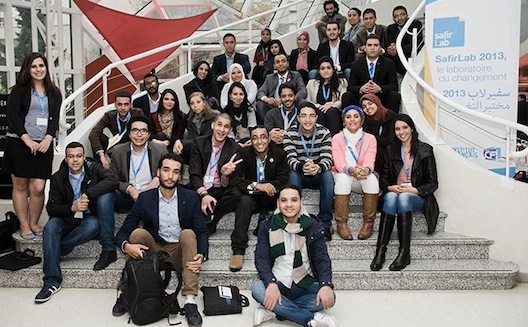 In Paris, it's not often that you’re sitting in a room with entrepreneurs from across the entire Arab world, listening to them pitch startups in various dialects, from the Maghreb to the Levant, but SafirLab made that possible recently.

From November 18th to the 29th, the training program gathered young project leaders from Tunisia, Egypt, Jordan, Libya, Morocco and Yemen who work in the media and civic field in France, thanks to the Institut Français, an organization that promotes French culture around the world, and the CFI, a media cooperation agency backed by the French Ministry of Foreign Affairs.

“It was designed like an accelerator,” said Tariq Krim, a prominent French entrepreneur who created social media analtyics platform Netvibes and cloud computing solution JoliDrive. As a mentor, he worked with project leaders to help them strengthen and hone their skills.

The biggest challenge in the local ecosystem, he explained, is creating communities where innovators can support each other. “In the Middle East and North Africa, there’s a strong entrepreneurial spirit, but it’s not valued to its real value,” he continued, before adding, “We need accelerators where like-minded people meet, [who are] not just tech-oriented entrepreneurs.”

SafirLab is out to provide exactly, but uniting entrepreneurs from a variety of backgrounds with a well-rounded training. During its second edition, projects included:

Yet it wasn't just the nationalities of the program's entrepreneurs that were diverse; the program also taught a range of skills. On a bus tour of Paris and a dinner cruise on the Seine river, participants learned about project management, attended plenaries on social entrepreneurship, took part in video production, design or online activism workshops, social change discussions, and a mobile app barcamp. 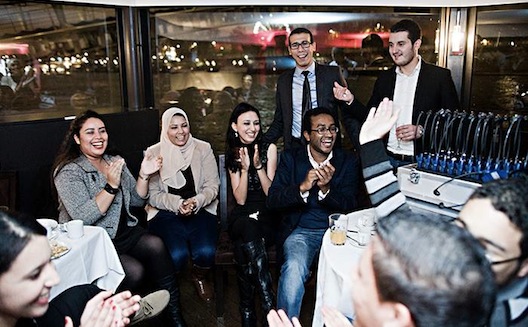 A cruise on the Seine

The strongest point of the project was the mentoring and one-on-one meetings, said Amira Al-Sharif, who’s developing a photojournalism school in Yemen. Every participant was put in touch with key players in their field, which for Al-Sharif meant meeting leaders at a photoagency and learning how to better communicate to media.

Among SafirLab's mentors were many of the biggest names in the French media and entrepreneurship scene, like Benoit Thieulin, the founder of La Netscouade’s agency, Edwy Plenel, the co-founder of Mediapart, and Vincent Glad, a journalist for Slate, Les Inrocks, and previously of Le Grand Journal. 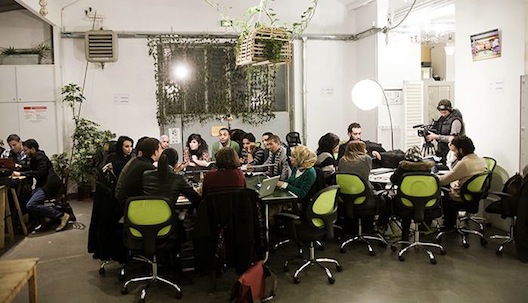 A workshop at coworkingspace la Mutinerie

Yet what really set this program apart was not the training or the newly acquired professional network, but the personal changes it led to, said Claire Ulrich, Global Voices’s French manager. “Spending 15 days in the same place with people from different background and coutries is an experience that changes you,” she explained.

It was a bit bittersweet, however; one Tunisian attendee noted that he had never met Yemeni, Libyan, or Jordanian entrepreneurs and project before, and lamented that flights within the Arab world are too expensive to allow for much in-region travel across ecosystems, especially from North Africa to the Levant.

It was clear from the energy at SafirLab that events like these, along with reduced airline fares and less visa restrictions, are vital for enhancing collaboration between youth in the Arab world and turnin opportunities into real benefits.