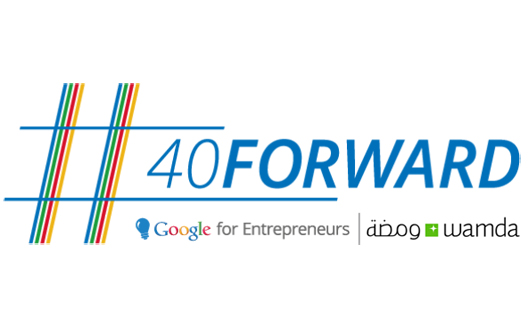 In 2013, Wamda reached out to fill a critical gap in the entrepreneurship ecosystem: one for hands-on mentorship that startup founders can rely on. By lauching Mix N' Mentor, an offline mentorship event series, in eight major cities across the Arab world, we reached over 1000 entrepreneurs. Under our Wamda for Women initiative, we engaged over 125 women in four cities in roundtable discussions about potential solutions to the challenges that women face when it comes to finance, negotiation, leadership, and team building.

This year, supported by the #40Forward initiative launched by Google for Entrepreneurs, we’re upping the ante by pledging to enhance the number of women in each facet of the Wamda platform.

As our Mix N’ Mentor series takes a leap forward this year, we will leverage both our experience and research to help scaling companies reach their goals more quickly, enlisting the region’s leading mentors- including prominent female entrepreneurs and mentors- to help discuss and solve the biggest challenges to startup success.

We will also be expanding our Wamda Debates series to seed offline discussions about the most relevant startup trends in local ecosystems. Following a great debate in Casablanca, we’ll be working to emulate the near-gender equality we witnessed, in cities across the Middle East and North Africa.

On the Wamda Media platform, we’ll be enhancing our coverage of women-led companies and female founders with a new series, while seeking gender-balanced coverage in our Expert Advice series.

Finally, Wamda will be rolling out new products and programs to further support the entrepreneurship community, including Office Hours, to provide entrepreneurs who can’t attend Mix N’ Mentor with a simple way to access the region’s most experienced entrepreneurs and investors in focused online sessions. Office Hours will also feature some of the region’s leading women, as we ensure that entrepreneurs have access to a diversity of perspectives on leadership and growth.

Although the average number of female founders may hover around 30% in the Arab world- which is much higher than the global average of 3% in tech communities, according to the Kauffman Foundation- that percentage is not always reflected in the visibility of women as mentors and leaders in the tech entrepreneurship community.

Yet the presence of female leaders is crucial. As Google for Entrepreneurs points out, women-led tech companies, on average, achieve 35% higher return on investment, and, when venture-backed, bring in 12% more revenue than male-owned tech companies. Companies with more equalized gender distribution also have 30 percent higher IPOs, according to Google. And the benefit of enhancing gender equality even to a small degree isn’t exclusive to the tech entrepreneurship community; narrowing the gender gap in employment will increase global income per person by as much as 20% by 2030.

So join us this year, in partnership with Google for Entrepreneurs, under #40Forward, to transform realities for the next generation of startup founders.