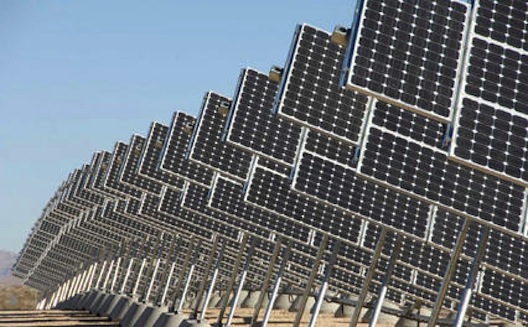 A year ago, Karim Mostafa, CEO of solar energy solutions provider Gaia, was struggling to get anyone to listen to his pitches.

The clean technology industry – including renewable energy and biofuels – has been slow to develop in Egypt primarily due to lack of awareness and a dearth of investment.

But as Egypt’s energy crisis deepened and the price of fuel soared, more startups have seen a growing need for alternative solutions to the country’s energy and agricultural woes. And a growing number of incubators, clients, and investors are becoming more receptive to these opportunities.

Since last year Gaia has secured five new solar projects, including British University in Egypt, PricewaterhouseCoopers and other private clients.

“Many people are changing their minds with the power outages and the increase of the price of diesel for generators,” Mostafa said. “They are becoming more familiar with solar energy.”

Egypt’s government is struggling to meet the country’s growing energy demands. In many neighborhoods of Cairo, daily electricity outages have become routine, forcing its residents to rely on candles or alternative fuel generators at night.

“The startups are beginning to think bigger, to make a real change rather than just create apps,” said Hesham Wahby, CEO of Innoventures, a Cairo-based incubator that fosters clean tech development. “We aren’t there yet [in terms of market maturity], but certainly there is a big improvement.”

“It shows the development of the market and entrepreneurs rather than crazy pie-in-the-sky ideas that never go outside a tiny market,” he said.

The advocates of alternative energy, and solar in particular, see the country’s broader clean tech potential: Egypt is located in the middle of a solar belt, its entrepreneurs are subject to low operation costs, and its huge population is one of the largest talent pools in the Middle East.

But ongoing political instability, a lukewarm investor climate, and uncertainty over removal of costly energy subsidies are still holding the sector back.

“Why would someone look at clean tech or bioenergy, when you have such high subsidies on electricity and gas?” asked Husam Awad, chairman of Fruitex, an agricultural production and export firm. “It’s very risky because you don’t have the financing, the data – there are a lot more profitable businesses to get into as an investor.”

But despite these drawbacks, the growing demand for energy is definitely leading to more investor interest, according to industry analysts and investment funds.

With a growing population and declining resources, Egypt’s expanding demand for energy is unlikely to change.

“It’s definitely not for an investor who is risk-averse, it’s for someone who is looking for a long-term vision,” said Haley. “If you have someone who is positioned well when those subsidies change, they are the ones sitting on a goldmine.”