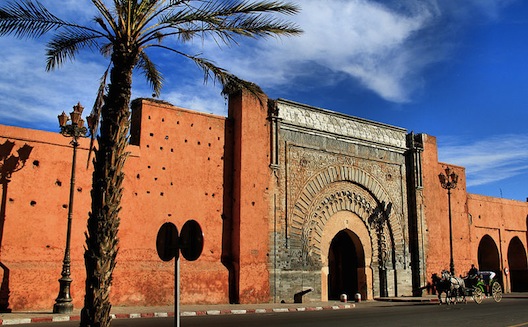 Morocco has been attracting increased foreign investment recently, thanks to its reassuring macroeconomic status and an economy that is doing well (its GDP grew by 4.6% in 2013). In 2012, the Kingdom was first in terms of foreign investment flows to North Africa.

Morocco is certainly less cheap than Egypt and Tunisia, but it also offers a higher standard of living. Further, Moroccans and expats there enjoy political stability, a legal and banking framework aimed at protecting the business interests, and above all, a promising talent pool.

Here’s what foreign investors should know about the banking and legal systems, as well as human resources, of Morocco before developing business or investing there.

One of Morocco’s major attractions as an investment destination is financial: wages are relatively low.

The minimum hourly wage for the industry and commerce sectors is 12.85 dirhams per hour ($1.52 USD) for a working period of 44 hours a week, which makes it a minimum salary of $266 USD per month. In the service sector, the average wage is around $590 USD per month.

Employers are required to join the National Social Security Fund (NSSF) within 30 days of hiring their first employee, and to report the monthly wage they pay to each of their employees and the number of days worked. Employees also benefit from compulsory health insurance (AMO) and the medical assistance plan (RAMED) under certain conditions.

Foreign investors – whether foreigners or Moroccans established abroad – enjoy many banking benefits that help companies do business in Morocco.

Investments in foreign currencies can be made freely and without prior approval from the Exchange Office. These can take many forms such as the establishment of a sole proprietorship, equity participation in a company being established, the subscription to the capital increase of an existing company, the establishment of a branch or a liaison office, or a simple contribution.

Unlike Moroccans, who are heavily constrained in their purchases and money transfers to and from overseas due to the non-convertibility of the dirham, foreign investors enjoy a convertibility regime that enables them to carry out investment transactions in Morocco and transfer income generated by their investments and the proceeds of liquidation or sale of such investments to the country of their choice.

Moreover, investors based in Morocco are not subject to double taxation with respect to taxes on income thanks to conventions signed between Morocco and several partner countries such as France, Spain, Tunisia, and many countries in the MENA region.

Another advantage that Morocco has is its citizens. Moroccans who have been educated at local engineering and business schools such as the EMI, ENSA, EHTP and ENCG are well equipped for employment with a foreign company, as are Moroccans who were educated in schools outside the Kingdom. Unfortunately, the vast majority of the population is victim of the poor quality of the public education system, which is why Morocco sits so low in international rankings.

According to Moroccan managers, 59% of trainees possess a satisfactory level of technical knowledge, while 57% of them have good organizational skills and demonstrate independence. Moreover, 66% possess, to varying degrees, a good spirit of initiative, and 70% show assiduity and punctuality.

A quick search on Rekrute.com, for instance, in industries such as advertising, marketing, finance, and electronics shows around thirty results for each, including job openings for engineers, project managers, analysts, and technicians. Every day, I realize that the country has enough qualified profiles to meet the needs of new entrepreneurs.

According to the latest data provided by the Exchange Office, the types of companies preferred by foreign investors are the Limited Company and the Limited Liability Company, while subsidiaries are the most preferred institutional form. Companies like Atento, Nestle, Sanofi-Aventis, and Dell have been successfully operating for years in Morocco. France alone has over 500 subsidiaries that employ more than 65,000 people, including Total, Renault and Holcim.

One of the reasons behind such an interest is a legal framework conducive to investment and a bilateral investment agreement between Morocco and over 50 countries that protects foreign investors against risks of nationalization and expropriation. Foreign entrepreneurs can therefore establish a company, settle in the country, and get their profits freely, without having to rely on a local sponsor as they do in Algeria or in the Gulf countries.

The country has made serious efforts over the last fifteen years, promoting its stability to attract foreign capital, steering clear of both the Euro Zone crisis and the Arab Spring revolutions (for the most part). Casablanca is also working to achieve the status of International Financial Center by the end of the decade.