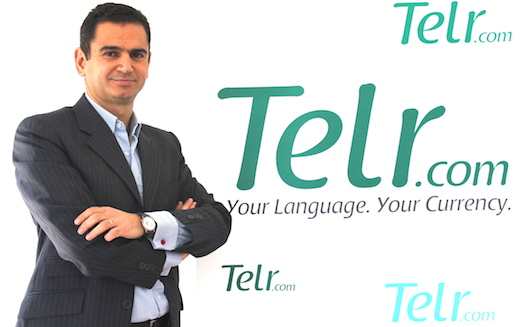 Online payment gateway Telr, based between Singapore and Dubai, has secured Series A funding from Hatcher and iMENA, two leading Singapore and Middle East-based investors. The round, which closed on September 24th, comes hot on the heels of Telr’s recent merger with Innovate Payments.

Refusing to disclose the financial value of the round, Elias Ghanem, the CEO and cofounder of Telr, revealed to Wamda over Skype that the amount is “significant enough to give us a full year of operations and the ability to grow across new regional markets.”

So far, headquartered in Singapore, Telr has been serving the UAE for almost a year, and has registered a null rate of merchant loss, says the founder. “Not one merchant who started working with us has moved or expressed [the desire to],” he continues. The team, which is mostly composed of executives and experts, mentors the merchants, organizing one-on-one sessions to help them overcome challenges and figure out next steps.

Working with lead investors in both Singapore and the MENA opens up important local doors and network opportunities for Telr in both Asian and Arab markets.

On the ground, Telr will be looking for connectivity with banks, merchants, and consumers. “Today we need banks and merchants and credibility to grow. Working with iMENA and Hatcher brings us their markets, and their investors’ credibility,” says Ghanem.

Ghanem looks at both Asia and the MENA as perfect markets for ecommerce. “I believe emerging markets are where the future is for payment gateways,” says Ghanem, due to early stage of regulatory framework, the popularity of entrepreneurship, and the massive growth of the middle class across the board.

As shorthand, Ghanem has assigned countries from Southeast Asia equivalents in the Middle East: for instance, Dubai and Singapore are developing side by side, Saudi and Malaysia, and then Egypt and Indonesia. Ghanem wouldn’t disclose the next country on Telr’s expansion radar, but based on this categorization, and the fact that Telr is already active in Dubai, it’s a good guess that Telr soon launches in Saudi Arabia.