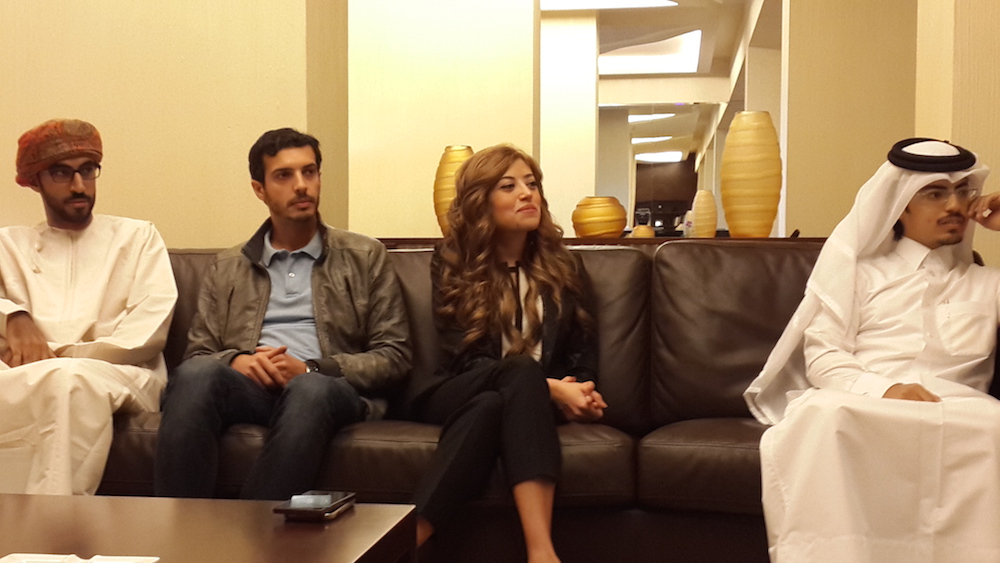 Stars of Science 6th season finalists during our chat on the morning of the finale.

It’s a new beginning for the finalists and winners of Stars of Science Season 6, a Qatar Foundation initiative to empower young innovators. The non-profit organization’s objective is to turn Qatar into a knowledge economy, and ‘edutainment reality show’ Stars of Science is one of many means by which to reach that goal. In its recent study on startup investment in the region, the Wamda Research Lab identified growing funding activity towards startups in the past several years, yet funding amounts were generally small - under $200,000 USD. Even in the ICT industry, where a lot of funding activity has been focusing in the past few years, suggesting that the tech movement in MENA is still young with lots of room to grow. So for the region, initiatives like that of the Qatar Foundation speak to a dire need for creating a culture in which such innovation is supported and encouraged.

Now, three and a half months after being shortlisted to take part in the competition, Mohammed Al Housani, Sultan AlSubhi, Rania Bou Jaoudeh, and Thieab Al Dossary are finally making their way back home, as innovators. 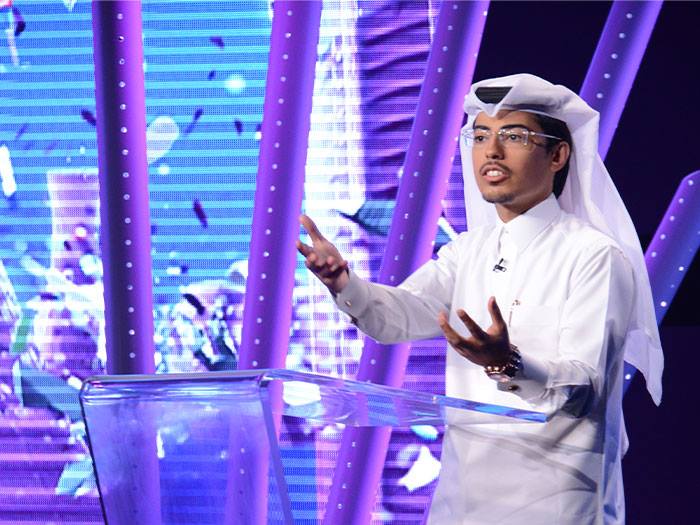 Al Housani’s innovation uses photovoltaic cells and heat for a more efficient, less costly solar energy system, which, according to the young innovator, would also require less maintenance. After the competition, Al Housani sees himself licensing his technology to solar cooling or water desalination companies. 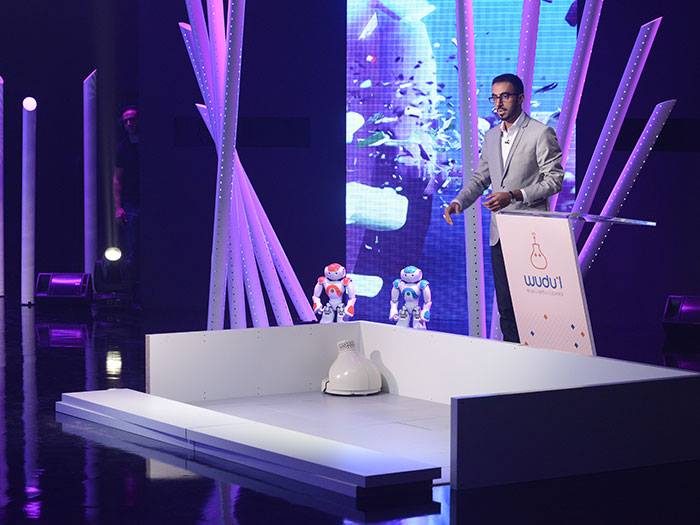 AlSubhi’s robot WUDU I (pronounced ‘woo-doo’, from the Islamic ablution ritual) can, once taught the user’s time zone and given the measurements for the ablution area, clean the space from water and dispose of it in the drain around the time of each prayer. For its next iteration, WUDU II will sanitize ablution areas, and will be targeted at a much wider market based on feedback he plans to collecting from WUDU I users. 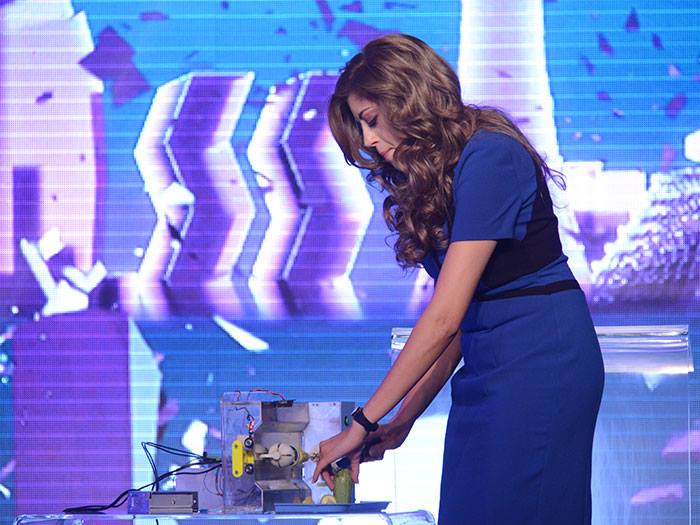 Bou Jaoudeh was inspired by one of her university courses in ergonomics to create a robot that would take away the hassle and physical strain of manually coring zucchinis, a staple in one of the most popular dishes in Lebanon and the region more broadly. 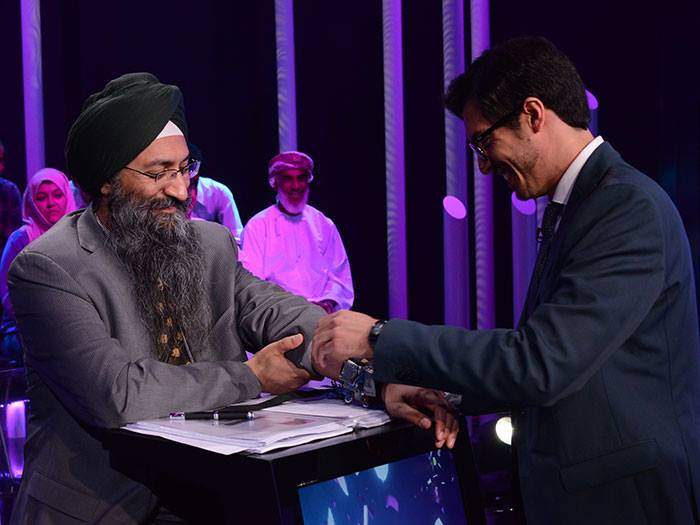 Al Dossary came to the competition with a patent in hand for a previous idea he’d developed. As part of a final year project in college, he’d built a tactile communicator for the visually impaired, communicating text and direction into the palm of their hand. For Stars of Science, he worked on Feelix, a wearable tactile communicator for the wrist, fitted with eight metallic pads that can each send 1,000 pulses a second, allowing apps to create all kinds of textures on one’s arm.

Stars of Science comprises of two phases - engineering and design - followed by the finale. Initially, twelve candidates are shortlisted and flown to Qatar for three and a half months of intensive trainings and workshops, building and refining prototypes, problem-solving, as well as overcoming all kinds of challenges.

Phase I - Engineering: Bringing their idea to fruition

Phase I saw participants developing the technical aspect of their product, bringing them from idea or sketch to technical fruition. This is, for some, the most complex phase of the competition, as it involves a lot of learning outside one’s own field. The candidates are separated into three groups of four, and the two best innovators from each group are selected to proceed to Phase II.

“I come from an engineering background, not a mechanical or robotics background,” said Rania Bou Jaoudeh. “If I hadn’t had a mentor in robotics I wouldn’t have made it. People take four to five years to learn robotics and I feel that I’ve been able to learn so much in the past three and a half months.”

Mohammed Al Housani agrees: “My innovation was electrical and mechanical, though my background is in oil and gas engineering, so the mentors were extremely beneficial in broadening my understanding and that also piqued my curiosity.” 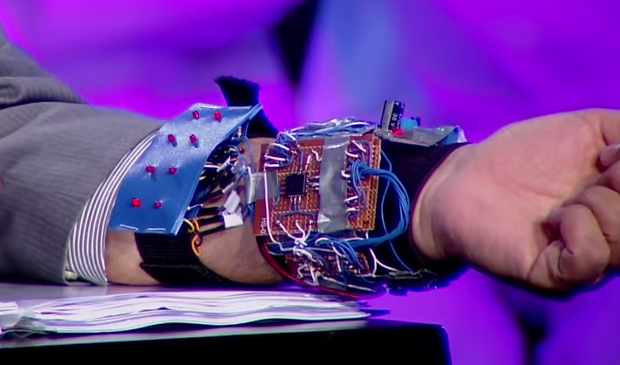 But the learning was not limited to acquiring technical knowledge; sharing experience also played a key beneficial role, as Thieab Al Dossary points out. “The mentorship was extremely important. Luckily my mentor [Dr. Mohamad Zeidan, Circuit Design Engineer] was an analog circuit designer - we now share the patent together - and in those difficult technical periods, he really knew how to research previous work and had the right electrical engineering knowledge to help me get through.”

Phase II - Design: Making the product into one you’d want to use

In Phase II, mentors and candidates worked to ensure that each innovation is designed in a way that fits its purpose, and increases usability by improving its aesthetics and ergonomics. In this phase, the candidates are separated into two groups of three and by the end of it, the two highest ranking innovators from each group proceed to the finale.

For Al Housani, the design phase represented an inflection point: “We only had two weeks and were running out of time. After two weeks I realized I had made a tiny mistake, which would force me to redo everything. One week is nothing to redesign your product, but we kept on trying and reached a design that worked well for the product.”

For Sultan AlSubhi, who came in second this season, the design phase brought out the characteristic hustle of the entrepreneur; he found the perseverance to iterate, scratch, and redo until the design fit the image of WUDU I that he had in his mind. The contestant rejected the design he’d worked on with mentors from the Industrial design industry, and ended up coming up with his own separate alternative (which they all worked on refining). 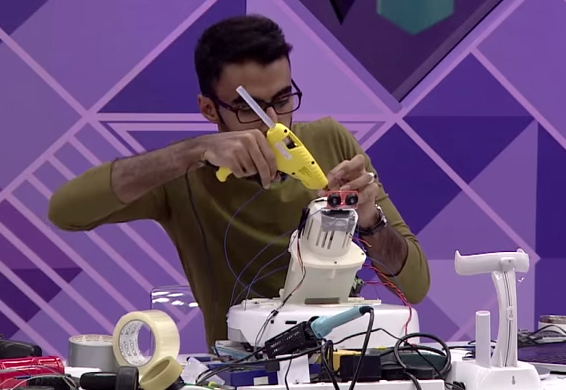 If you’ve been following the show, then you’ve also noticed how the candidates have progressed on the social and communication levels, as much as the technical. On the morning of the finale, with much, much less angst than I would have imagined, thanks to the work of Dr. Loulwa Kaloyeros, success coach Neil Almond, and fitness coach Tim Nunan, each revealed to me how their experience on the show has impacted them.

Set in the vast Qatar Science and Technology Park, the live finale broadcast on MBC4 started at 8 PM KSA and was attended by the season’s other candidates, the finalists’ family members, as well as key players in the Qatar Foundation. Aside from the overall experience, a crash course in technical, design, and communication/interpersonal skills, the finalists each received a substantial sum of money (depending on how votes from the audience and jury ranked them), and follow up guidance from the Stars of Science network of coaches, mentors, and engineers. 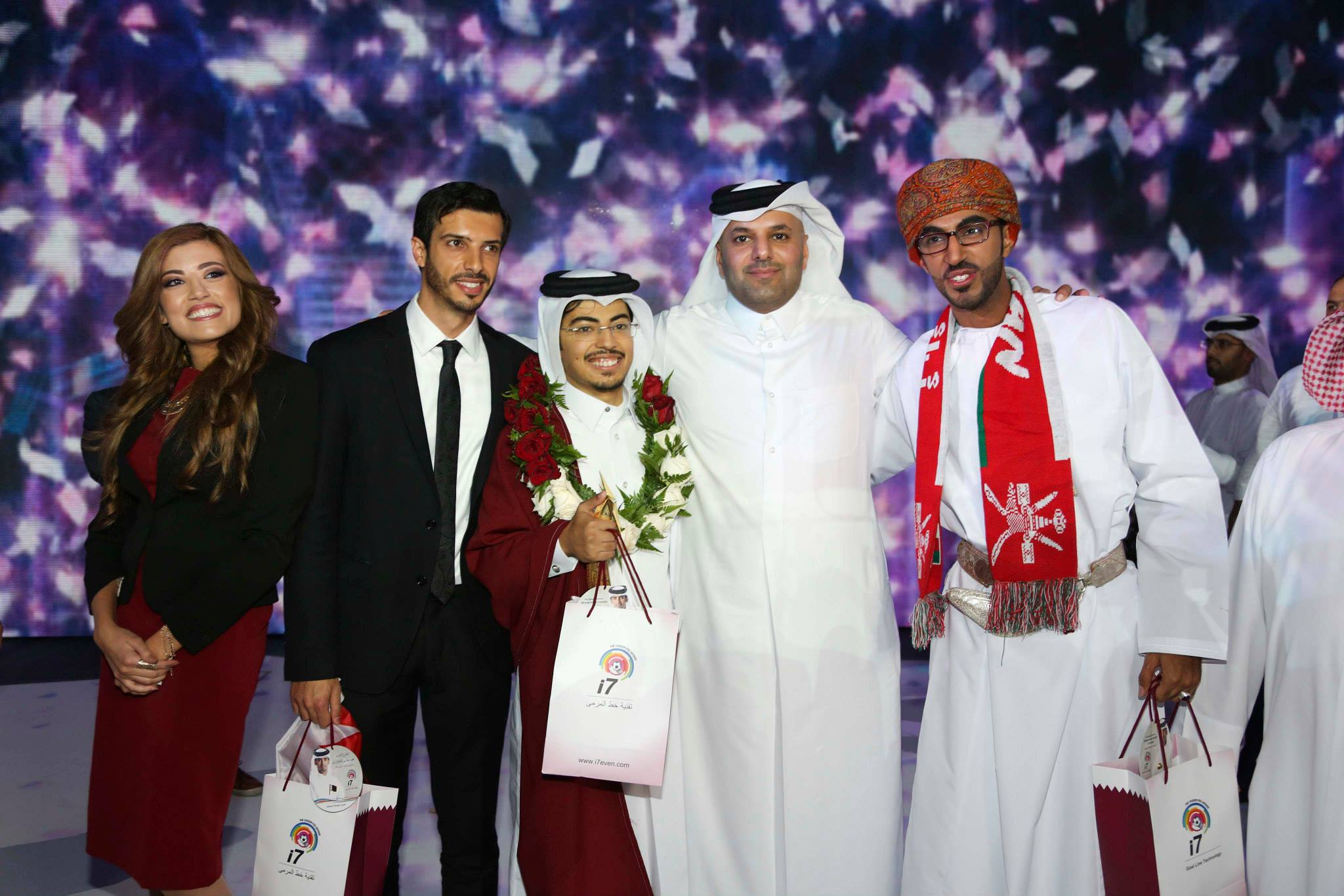 One piece of advice that stuck came from Al Dossary himself while discussing his experience in the competition and where he sees his innovation going: “While doing the trials to get to the calibrations that we got to [with Feelix], I electrocuted myself several times and burned my skin, which is what you’ve got to do as an inventor.” He went on: “Do not ever ‘not apply’.... Certainly take risks…. I left my job [to compete in] Stars of Science, I didn’t know whether I really wanted to do that because I could have lost, I could have not made my invention, but I did…. Don’t be scared. Just do it, and if it doesn’t work? Nevermind.”

In Bou Jaoudeh, Al Housani, AlSubhi, and Al Dossary, you could sense the great, stubborn-headed, inspiring resolve of an entrepreneur who believes in their vision - and it was quite promising.

Applications for Stars of Science Season 7 are now open - take the leap!