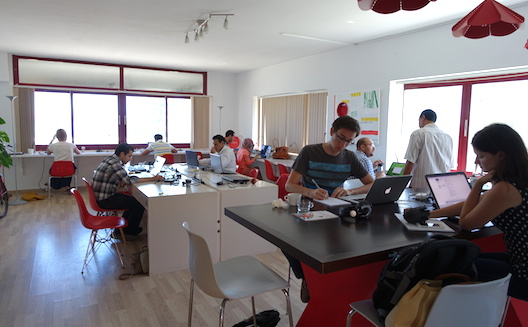 Two months ago, Cogite blew out its first candle, celebrating its one-year anniversary. It’s hard to believe it has already been a year since the Tunis coworking space opened its doors, and a lot has changed. Cogite now comprises two spaces, one in the Lake District, and one in downtown, and they’ve got plans to expand even further, launching both more of their own spaces and as part of other entrepreneurship and tech hubs. Events and support programs targeting entrepreneurs have boomed too.

We chatted with Rym Baouendi, one of Cogite’s cofounders, (along with Zied Mhirsi and Houssem Aoudi) on what this first year went, how the ecosystem evolved, and what Cogite has in store for us next year.

Wamda: How is Cogite doing?

Rym Baouendi: We have 25 desks at the Lake’s Cogite, and these are already full. 80% [of workers] come here every day, and we’re starting to have a stable core community. We’re looking for a much bigger space now, because we can already feel the strain in the Lake’s space. There are things we can no longer do because we’re short on space.

We opened a new Cogite downtown, a month and a half ago, that is approximately the same size [as the first space] and already hosts six or seven people. We opened the space because members of the community, for whom it is difficult to commute to the Lake district, asked for it. On top of that, someone from the community offered us a free space. The people there are a bit different, younger [from those who come to the space in the Lake district]. This is an opportunity for us to reach groups for whom it’s not as easy to get to the Lake district as other places in Tunis.

Some community members really appreciate that they can access two spaces in two different districts. If they have meetings downtown, they’ll spend the day working there.

Wamda: When will the bigger, better Lake district space relaunch?

Baouendi: We’ve asked for funding. Now, we’re going to need all the stars to be aligned as they were when we first launched. So, I don’t really know when, but there is a lot of demand.

We’d like this space to go beyond coworking. We’d like to offer public spaces, with a café, and a place to organize entrepreneurship events, but also broader events that will help create a link between entrepreneurs and the community and neighborhood they’re based in. We’d also like to propose a maker space or fab lab.

Wamda: What do you think of the other coworking spaces that are said to open soon?

Baouendi: We open our door to them, we answer their questions because we think we need [more coworking spaces] in Tunis. The more, the better. We want to help.

Wamda: What has been Cogite’s impact in Tunisia?

Baouendi: When we arrived in Tunisia, people didn’t even know what coworking was. At the beginning, people were working at Cogite, but on their own. In a year time, we see more collaboration and exchanges. I think Cogite has been instrumental in changing mentalities and introducing this concept in Tunisia.

I think before in Tunisia, there were many people working on interesting projects that didn’t know each other. We’re the glue that sticks all these amazing people together. Now, entrepreneurs in Tunisia have a place they can call theirs, and that’s important. With every contact, there are ideas and potential collaboration coming to life. 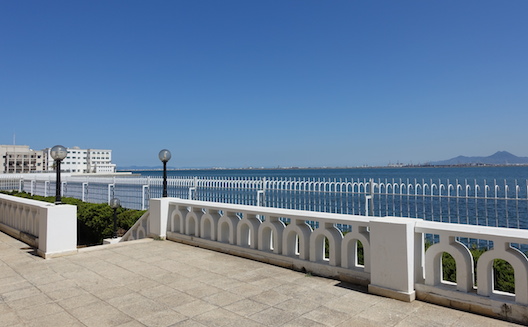 The view on the lake

Wamda: Did you note an evolution of the ecosystem in a year’s time?

Baouendi: The ecosystem has matured, but it’s more quantity than quality. Even for us, it’s a transition we have to do. Before, we were there to connect, now we’re going to need to work on the content: what type of programs and events [do we want]?

Up until now, we were encouraging people to organize their events [at Cogite]. Until now, we’ve hosted third-parties events, but now, we’d like to organize more of our own events. Our question is: how can we help the ecosystem evolve?

Wamda: What has been your favorite time at Cogite?

Baouendi: Among the programs we’ve organized and I find extraordinary, there was Yunus Social Business Accelerator, that took place this past summer. It was great. We also benefit from a partnership with THNK, the School of Creative Leadership based in Amsterdam. They’ve offered us their online classes, and we have 15 people gathering in our space to work on the exercises together.

What I love is when I see that we, the cofounders, don’t need to be in the space anymore to see things happening. The community took over the places, they feel at home, and take initiative.

I wasn’t expecting things to go that fast.