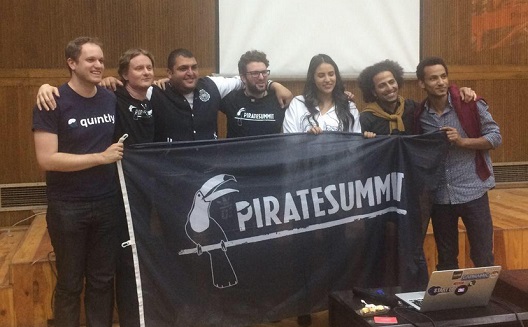 Winners of the event, Germany bound.

Two Egyptian startups are heading off to Germany. Crowd Analyzer, a platform analyzing social media data in Arabic using key words, and Coterique, an ecommerce site for international clothing and accessory brands, were the lucky winners at the short and sweet ‘Pirates on Shore Cairo’ event held at the start of April.

Their prize? Free tickets to attend the Pirates Summit in the German city of Cologne in September, where they will get to participate with other startups from 50 Eruopean and Middle Eastern cities.

Organized by Rise Up Cairo with Pirates Summit, and held at the GrEEK Campus, the winning startups were chosen for their original ideas, the clarity emphasized in their revenue models, the specializations of their teams, and the ability for their products to scale internationally.

Till Ohrmann, of Pirates Summit, explained: "Although most of the ideas met these criteria, we have chosen Coterique specifically, because it is run by women and we want to focus on entrepreneurship among women and encourage it in Germany, and there is nothing better than sending successful models from the Middle East." 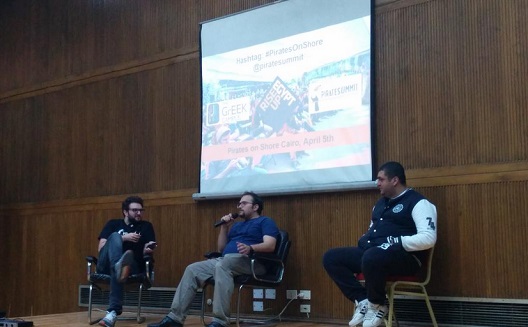 Although concerned by the unfamiliarity of some of the participants with the difference between accelerators and incubators, Haidar said that 500 Startups had recently added four Egyptian startups to its portfolio: recruitment platform Alwafeyat, an ecommerce sites Wuzzuf.com and Edfa3ly, and the online business directory Konnecti. 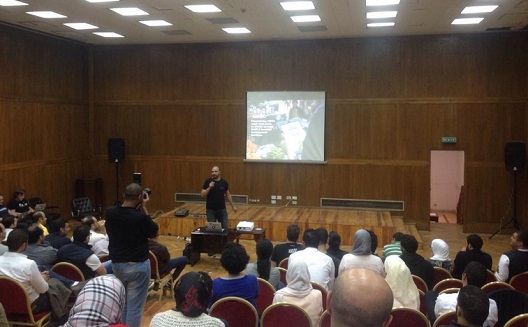 Bridging the gap between SMEs in emerging countries and the global entrepreneurship system, the event brought together entrepreneurs from Dubai, Abu Dhabi, Beirut, Cairo, Iran, Turkey, and Ukraine.

Other startups that got to pitch: