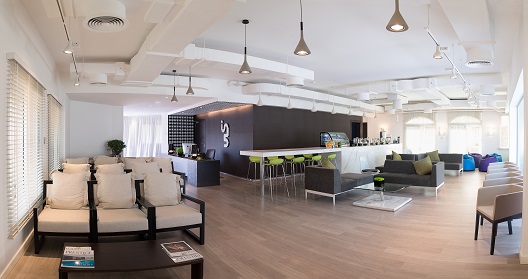 “In5 is a center specialized in supporting the development of private companies and entrepreneurs and in the encouragement of creativity and innovation,” said Majed Al Suwaidi, the managing director of Dubai Internet City and the Dubai Outsource Zone, when describing the mission of In5 in the Dubai Knowledge Village.

Al Suwaidi told us that the idea was born after observing the ecosystem for emerging companies in Dubai. He explained that “entrepreneurs and emerging companies often face several challenges in the phase of establishment, including access to funding, which is essential for the realization of their ideas, a lack of available workspaces, logistical support for residence visas and work permits,” and a lack of experts in their particular sectors.

“In5,” he said, “was developed to meet these challenges and provide an actual environment for emerging companies according to their technological value.”

In5 was incorporated in May 2013 by the Dubai Internet City initiative, which manages the center for the promotion of entrepreneurship related to innovation, business incubation, and the development of a stimulating environment for emerging companies specialized in technology in Dubai and the region.

What are the services provided by In5?

Al Suwaidi told Wamda that the center provides “infrastructure, support, and dynamic work environment to sustain emerging companies that are still in the early stages of creation, or are implementing the idea or in the phase of launching the product.” He added that “emerging companies need support in order to become competitive in the global market. This is why we must provide them with assistance.” 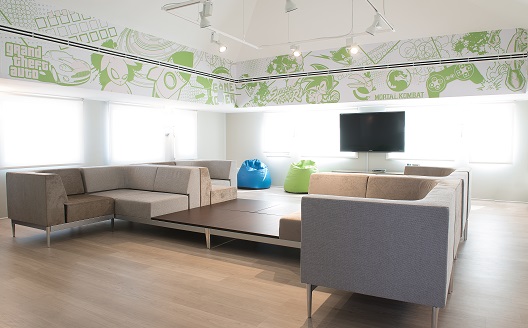 “In5 also gives entrepreneurs access to a group of counselors who put at disposal their expertise in a wide range of topics, including marketing…. [in 2014] we organized a meeting including 116 In5 companies with more than 100 mentors,” he added, "we established  contacts with 45 investors and carried out 74 networking events in cooperation with strategic partners and 28 mentorship and training cycle.”

As regards logistics, the center provides licenses, visas, and platforms for networking and communication. In addition to the program, the center also makes sure that the participants attend a number of corporate communication events for small and medium-sized companies, which “give entrepreneurs a chance to share their ideas and to get in touch with others after the In5 program concludes.”

How does In5 select which startups to support?

Al Suwaidi told us that In5 “values the level of innovation of the proposed solution, the market potential of the project, and the composition of the team (number and profile of the entrepreneurs).” He stated that the center prefers team consisting of three or four members; he rarely chooses a company with only one founding member. Among the other criteria that Al Suwaidi considers are the economic impact on the community in terms of job creation. 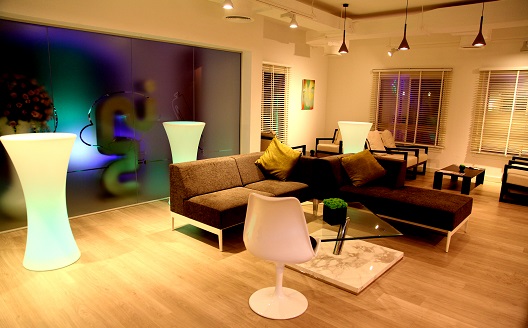 Al Suwaidi stressed that In5 is open to all nationalities, and targets all entrepreneurs and emerging companies with innovative ideas in the Information and Communication Technology (ICT) sector, such as social media, web development, smartphone and tablet applications, and digital media.

What impact does In5 have on the entrepreneurship ecosystem?

Al Suwaidi believes, in order to develop the suitable environment for entrepreneurship in the United Arab Emirates, “the public and private sector should continue working together to encourage innovation and creativity and to support individuals and small-sized enterprises, from the conception of the idea to the development of the product or service.” He added that “large companies play a key role in the development of the environment and to support and enhance the evolution of a broader base of entrepreneurial activities.”

While talking about the high volume of startups, Al Suwaidi mentioned that 72 companies registered at In5 in 2014 out of 662 requests for enrollment. 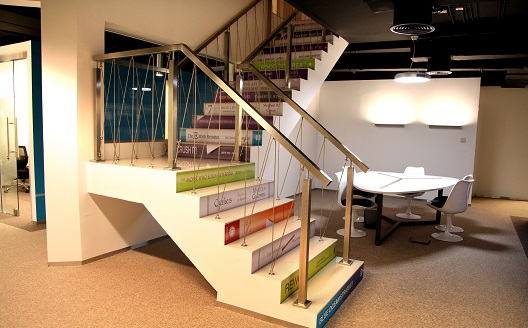 Al Suwaidi told Wamda that there were numerous successful stories among In5 alumnae, many of whom graduated in 2014. He mentioned among these emerging companies Melltoo, Task Spotting, Fishfishme, Votek, Snapp Card, Altibbi, Ana Ventures, and Tarifah.

Al Suwaidi insists that In5 was not established to compete with other centers and growth accelerators in the United Arab Emirates, but to complement them, since they all “share the same values and long-term goals in encouraging innovation and supporting companies.” He added that In5 concluded many partnerships in the ICT sector, in order to integrate its members in the incubator environment for technology in Dubai along the lines of Microsoft and to provide emerging companies with the Microsoft BizSpark program.

In the meantime, In5 carried on its effort. It went on looking for ways to provide even greater support to entrepreneurs and working on new initiatives and projects to encourage talent and grant developers the opportunity to create innovative products.

For its part, Dubai Internet City seeks to continue supporting innovation through the creation of the Innovation Hub, which will be presented to companies of all sizes, from startups, to small and medium-sized companies, to multinational corporations. It will provide services and facilities of international quality, distinctive infrastructure, and dynamic work environment, in addition to the opportunity to communicate and share knowledge and experiences.

The Innovation Hub will focus on innovation in the fields of technology, new media, smart education and sciences, and it will feed talents and boost the continued growth of the incubator environment for entrepreneurship, Al Suwaidi says.