People are arguably the single most important component of any venture.

With the proliferation of technology startups in the region, finding, attracting, and retaining talent often proves to be a critical make or break challenge that entrepreneurs find themselves struggling with. One difficulty is the shortage of highly skilled individuals, due to the continuous brain drain to other countries. 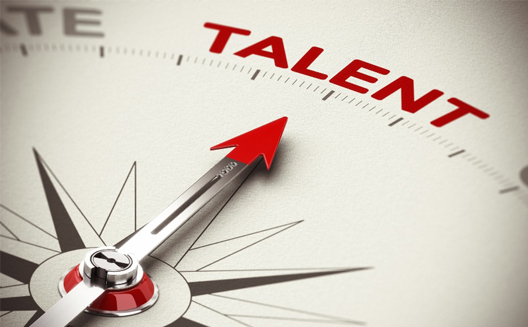 Identifying, recruiting and retaining talent is a big challenge for MENA startups. (Image via Engropartners)

But that is not the whole story, and perhaps not the main issue as many expats may be enticed to come back to – or not leave – their home country, if the right ingredients for such a decision were available. Financial compensation is one aspect but also work conditions, opportunities for self-actualization, and long term prospects.

Pay grades can be viewed as a scale. As a first level, monthly payments have to meet reasonable costs of living; that’s a level below which a company would not be able to recruit, and keep, a talented person. That minimum value may obviously differ depending on the field, experience and academic training of the person in question.

The second level pertains to the market value a person believes his or her background commands; it may, for example, be based on salaries for comparable roles in developed economies, while adjusting for variations due to differences in costs of living. It is important to note that we are talking about talent which cannot easily be found regionally, and this second level of pay grade can't often be determined via a comparison with the salary a less qualified person might accept.

The gap between those two levels can be difficult, if not impossible, to bridge by startups with limited cash resources.

But here the solution can be two-fold: first, startup executives have to recognize that gap, and that is key for building long term trust with such employees.

Second, both workers and startups have to find creative ways to move forward. One way the deadlock can be broken is by using equity payments.

Equity payments are about granting shares in the company on a monthly basis, so the monetary gap described above is viewed as an investment that the employee is making in the venture. In effect the employee becomes an investor and as such, equity payments will have to abide by the conditions offered to angel, seed, and other venture capital investors.

Practically speaking, it's as if the employee is an investor agreeing to a company valuation and corresponding – fixed – stock price, and where the term sheet involves monthly contributions from that employee, as opposed to a lump sum typically invested by a third party. It is important to underline that we are talking about actual shares and not stock options, which can – and probably should – be offered on top, the way any normal startup does when dealing with key contributors. 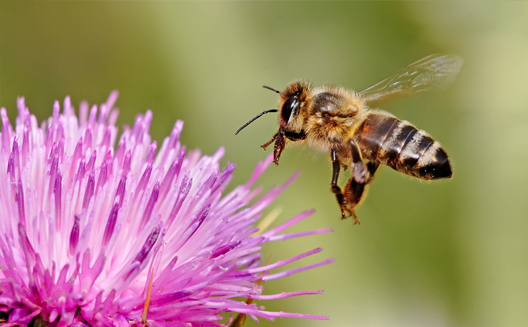 Offering a stake in the startup is one way to sweeten a job offer. (Image via ewallpapers-hub)

Startups may be tempted to view relations with their recruits as satisfying a temporary need. But in many situations having the core team accompany the growth of the company, at least until it reaches cruising speed, can be a strong asset when dealing with customers, investors, and even in maintaining a reputation that continues to attract talent.

The consequence is that companies also need to make sure their recruits stick around. Perhaps the single most important take away is that talent that is not nurtured eventually flies away. Therefore, work conditions are important too.

A satisfying work environment builds on two pillars: job satisfaction and treating employees with respect. One practical facet is the importance of making room for employees to apply his or her skill sets on the job. Many entrepreneurs understandably have a difficult time “letting go” to the point that they end up not empowering their team members in ways that can allow for much needed company growth and ultimate success.

It is important for entrepreneurs to remember that achieving a leap for the venture from a one or a few person project to an actual company with a proper management structure requires delegating and giving space for new recruits to perform. It is a situation that is overcome by self-criticism but also by maintaining proper communication channels with other team members. Honesty and decency is required from the founders, but also from those who come on board as the venture grows. Equally important is the necessity for companies to steer away from old mentalities of 'owning' people once they pay them. This means constant respect in dealing with employees, accepting the need of every individual to achieve a proper work-life balance, and making room for employee career growth and success.

While attracting and retaining talent comes with its challenges, another important aspect to keep in mind is the need to let go in a graceful manner should things not work out with recruits. It is at the end of the day a business relationship, and no such relationship lasts forever. 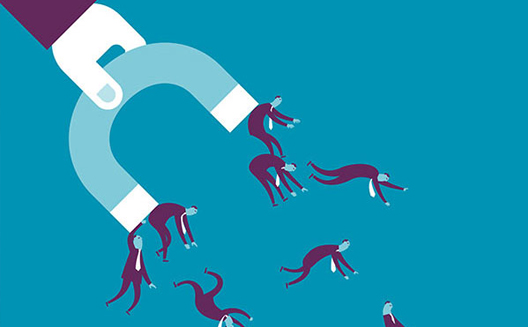 A satisfying work environment is naturally attractive. (Image via betterwholesaling)

A professional attitude can have long term positive impacts on many levels, most notably in terms of the team that stays behind, but also future recruitment efforts, and even business success. People talk, whether inside the walls of your office, or in the industry in which you operate. Employee morale and interest in remaining on board or giving their best on the job can be significantly impacted by the way a company deals with its present and departing workers. This is not to count without the possibility of running into people who have moved on, in future situations where past behavior and relationships can come into play to tip the balance of a business transaction one way or another.

It may seem that the bulk of responsibility for making the recruitment and retention of talent falls in the hands of startups, and that is largely true. But recruits themselves have a role to play in making the relationship successful. One way that is the case is by maintaining realistic expectations. Each country and economy command a certain level of monetary compensation, as well as ways of working.

One should certainly not alienate him or herself, but retaining a certain level of flexibility can prove fruitful on the long run, as well as accepting the need to give time before making a call on the success or failure of an employment or other contractual relationship. Another factor for workers to keep in mind is the need for them too to be honest and open about their expectations.

Many entrepreneurs simply do not have the experience required to engage in people management at the level that people who have experienced other work environments expect. But those entrepreneurs are often fighting their way against many odds to grow their ventures, and talented individuals willing to give life in the region a try should also be commended for such an attempt despite so many hurdles. If both startups and workers see the situation as a common ordeal, perhaps much more can be achieved, for all those involved.