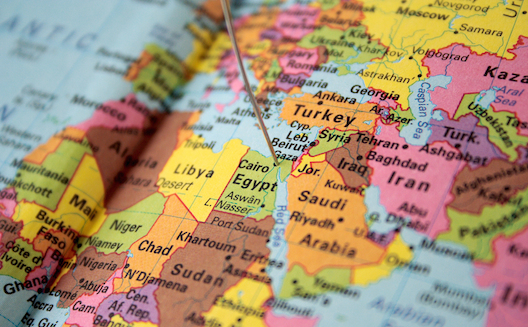 This is a crosspost with Knowledge@Wharton.

The backbone of future economic development in Middle East and North Africa (MENA) could hinge on capital investment as the region slowly rebounds from the global financial crisis of 2008-2009 and subsequent Arab Spring revolutionary movements that left prospective investors gun-shy.

With the recent economic and political turmoil subsiding in some parts of MENA, Arab business leaders are starting to look to private equity (PE) investments to help spur growth in a place they say is brimming with opportunity. The International Monetary Fund predicts MENA will be the third fastest-growing region in the world over the next five years.

As a result, the region is starting to make the transition from its historical role as a source of capital for foreign investment to attracting PE funding for homegrown markets.

“This is a region that’s very peculiar, but, yes, indeed, it’s moving in the right direction,” said Mohsen Khalil, founder and chief executive of Makvest LLC, an advisory and investment company that focuses on emerging markets. Capital is not the issue, said Khalil – the region is flooded with it.

Yet, “practically zero” was being made available for PE funds. He made the comments at the recent fourth Wharton MENA conference in Philadelphia.

But PE funds - investment arrangements often created to help cash-strapped companies get off the ground - come with a whole set of issues particular to a region with different economies and dynamics, other experts noted at the conference.

Khalil was joined by Saqib Rashid of Abraaj Group and Aamir Abdul Rehman of Fajr Capital Group in a discussion about PE’s role as a catalyst for development throughout the vast region.

Some of the numbers presented illustrated the unique challenges faced by the MENA region. Khalil pointed out that from 2009 until 2013, there was about $180 billion raised for PE for emerging markets. Of that, the Middle East region received $3.5 billion - the lowest recipient behind Africa, which had roughly twice as much, said Khalil.

The 10 largest funds for emerging markets represented two-thirds of all funds raised for the Middle East. However, said Khalil, not a single fund was focused on the region. “Most of the PE funds were what we call ‘growth’ funds for buyouts, with practically nothing invested in infrastructure.”

Making matters more complicated, said Khalil, was that over 70 percent of the investments between 2011 and 2014 were made in the UAE and Morocco.

While panelists emphasized the potential of MENA’s emerging marketplaces, they also cautioned the audience about obstacles that can sabotage business growth. Khalil said one of the biggest problems: Markets in MENA are not diverse enough to handle a large influx of equity. Wealth distribution remains a primary issue when it comes to impeding growth.

Khalil said the reliance on public-sector companies and “club” dealings with family-owned firms restricts the ability for across-the-board expansion. In finance, “club” deals usually refer to the practice of PE firms joining forces within a network for a leveraged buyout.

“Because of the wealth concentration, it makes for much more of a club investor. Unless you are able to institutionalize the economies and widen the ownership base, you’re not going to be able to create efficient capital markets, which is a requirement for PE investments,” Khalil said.

Rashid, whose group started in Dubai but now operates in Africa, Asia, Latin America and Turkey, picked up on Khalil’s observation about the lack of diverse ownership. He said he didn’t think there was a sustainable investment base in MENA and that is still a challenge the industry is struggling with. “The investor base in MENA basically never really graduated past what are essentially the family offices of high net worth individuals in the region,” he said. Rashid added that the American investment landscape had a similarly humble beginning, “but eventually started graduating to institutions. That never really happened in MENA.”

The PE industry has only been operating in the region since the late 1990s. The movement was locally driven with Gulf Cooperation Council (GCC) partnerships investing in home markets. Just when it seemed the system had gained traction, the bottom fell out because of the worldwide financial meltdown seven years ago and then the collapse of oil prices. Fundraising dropped by 82 percent within two years, according to an Emerging Markets Private Equity Association’s special report on MENA.

The economic blow was followed by sweeping political changes in Egypt, Libya, Tunisia and Yemen. The situation didn’t inspire investors’ confidence in the region’s long-term potential.

Such profound historical moments have a trickle-down effect in an emerging marketplace. Rashid said the general fickleness of the system to raise funds leaves little room for error in the early stages.

Investors also view the region cautiously because of MENA’s relatively brief history with PE funds. According to Rashid, investors expect an almost unreasonable percentage on their return because of the perceived risks.

“These are the challenges that you go through; it’s actually not just a Middle East thing,” he said, noting other places experiencing similar situations. “You look at Latin America, you look at these global growth markets, these emerging markets.”

Another hurdle is the endemic instability in places that need capital the most. The countries that aren’t producing oil would seem ripe for an infusion of investment, but continued strife often keeps investors at bay. As a result, Khalil said, most investments are taking place in the UAE, Morocco and Saudi Arabia, contrary to the trend that international institutional investors usually look at emerging markets for high returns and diversification.

Khalil’s vision to jumpstart the regional economies is to attract venture capital to support MENA’s nascent entrepreneurial aspirations that could lead to empowering women and youth. He says the VC approach might be more influential than the traditional limited and general partnership deals.

“There are many companies that are going cross-border in the region and have the potential of becoming regional players, like Patchi, which started out as a chocolate company and then became an international company,” he said. “They need capital and they need the know-how. I think those two areas mean you create value and you help companies to turn around, and I think there is a lot of money to be made and with a huge impact. But, it means doing investment in a nontraditional way, and much closer to what venture capitalists do being a proactive investor rather than a passive investor.”

The new business models in Internet and mobile technologies have a real chance of changing the paradigm. It’s an equation many investors have been following because 20 percent of MENA’s population is between the ages of 15 and 24. The youth need to create their own robust entrepreneurial culture to sustain their generation’s workforce, the experts suggested

Three sectors in MENA that are ready for investment are education, healthcare and information technology, Khalil said. These areas represent real potential for high returns on investment and, at the same time, are crucial to developing society, he added. Sometimes, all it takes is a few success stories, such as Arab Internet service Maktoob.com and UAE online retailer Souq.com, to allay fears.

Khalil calls it the “replication effect” that encourages people to take risks. “There’s lots of talent that is available if one is willing to put risk capital and resources behind it.”

It makes sense that MENA entrepreneurs would be open to outside influences because they are working to create new approaches to business in the conservative Arab world.

The culturally ingrained family-run infrastructure in MENA has perhaps discouraged the kind of growth the region now seeks. In the past, families didn’t want minority owners or a foreign perspective. But the current generation of family-business owners sees the need for transformation.

Family wealth has usually been concentrated in one market, said Rehman, but the idea of diversification appeals to them, because they’d like to be in other.

The Middle East region has many privately held businesses worthy of investment. The challenge, said Rehman, is how to make those companies better governed, more effective and more transparent. Outside investment houses can offer their environmental, social and governance framework to help broaden the MENA business base and create a stronger infrastructure within the company leadership. Rehman went on to say that the trends are positive and “the capabilities for PE investments in the region are very strong.”

Khalil added that the change is coming from within because of a new generation of families whose members bring a different outlook after studying abroad. “The second thing is the world is becoming by far more globalized.”

In other words, it’s impossible to remain insular as the world becomes flat.