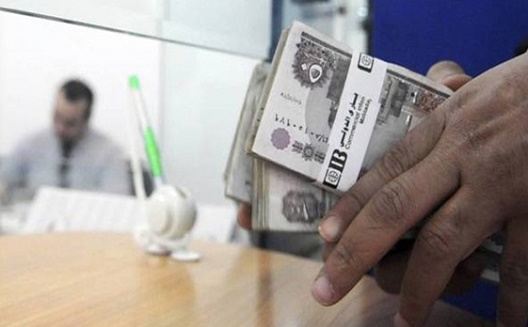 Changes to lending guidelines for SMEs may open up new avenues of cash for tech startups. (Image via Misr Journal)

Egypt’s central bank has opened 2016 with two moves that could mean a lot to tech startups - or nothing at all.

In December 2015 the Central Bank of Egypt (CBE) changed its definition of SMEs and in early January this year it changed the rules around bank lending - stipulating that at least 20 percent of any bank’s loan book had to be to SMEs by the end of 2020 - as a stimulus package for 350,000 small and medium businesses.

On the face of it these rule changes will be very good for Egyptian startups.

The local ecosystem needs, as both entrepreneurs and supporters loudly proclaimed at the Rise Up Summit conference in December, more money at all levels.

Under the new SME lending guidelines, released on January 11, companies with revenue between $130,000 and $255,000 can access loans with highly favorable interest rates of less than 5 percent. The 20 percent quota will amount to a $25 billion cash injection into the SME economy.

These loans will be aimed at strategically important industrial sectors, local hardware manufacturing, and SMEs with “innovative ideas” and export-oriented products, and come on the back of an uptick in lending to corporations in 2015.

And where the CBE once defined businesses by revenue and employee headcount, it is now by headcount and, in the first year, the amount of capital paid in by the founder. Furthermore, they’ve made a distinction between industrial and non-industrial businesses. 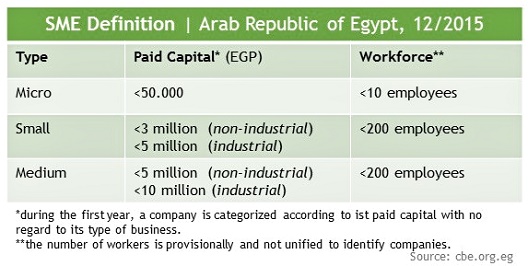 The announcement from the central bank, first of all, is great news for Egypt. Bank lending to SMEs in MENA stands at 8 percent, one of the lowest rates in the world. Egypt’s current rate of 5 percent is even lower.

Globally, middle income countries on average have an 18 percent rate. There are multiple reasons for MENA’s low lending rate, including poor credit information, lack of, or poor financial reporting and weak creditor rights.

However, SME policies are crucial to tackling unemployment and providing people with opportunities to start their own business.

In the European Union, 85 percent of new created jobs come from SMEs. In developing countries, despite difficulties due to weak regulatory frameworks, two in three new jobs come from SMEs as well. Even more, 80 percent of Egypt’s GDP is accounted for by SMEs. This stands in stark contrast to the low credit lending rate and poses a serious challenge for the Egyptian economy.

For the SME lending framework to unleash its full potential, three considerations are important.

First, to support SMEs it is vital to have a good definition. Egypt’s new SME definition introduced in December 2015 brought improvements such as the distinction between the industrial and nonindustrial sector, yet contrary to best practices it removed the annual turnover component.

Second, SME lending needs to be encouraged by improving financial infrastructure, especially credit information and creditor rights. Electronic databases could contribute to transparency, the legal framework needs to be considered as well.

Third, among SMEs, high-impact tech-startups should receive particular attention, for it is they who contribute disproportionately to job creation and innovation. Fintech startup Fawry, for example, employed 250 people two years after its inception - a number most traditional SME’s will hardly ever create. When they do, they are - per Egypt’s definition - no longer a SME. 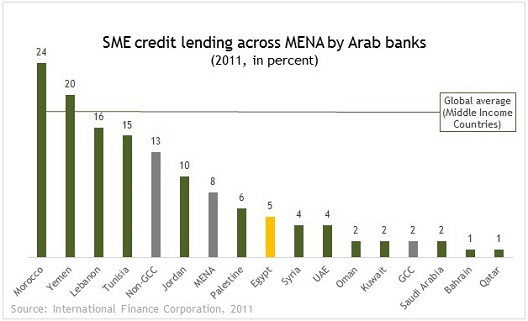 Some good, some bad

However these moves could mean little for tech startups keen on finding equity investors.

Rise Up Summit cofounder and local entrepreneur institution Con O’Donnell said it wouldn’t be so useful for early stage tech startups as most were cash-flow negative and debt financing would not be a good idea.

“However, once they are cash-flow positive this kind of financing will be most welcome. And of course a large injection of cash into startups in general is needed badly as there is still a shortage of venture capital money,” he said.

Although O’Donnell believed plenty of startups would be eligible “from a revenue perspective”, there were questions around whether those registered offshore but based in Egypt would also be able to access the funding.

Many tech startups in Egypt and the region register geographies with more flexible corporate regulations in order to attract equity investors.

"However, banks in Egypt are allowed to lend foreign companies whether they are SMEs or not. The only difference is that they will not be covered under the umbrella of the 20 percent," he said.

With three years of financial statements being the first of many hoops an SME has to jump through to convince a bank to take a risk on them, the attractiveness for tech startups - which tend to be asset light - may not be as high.

It said that low returns from rates well under both local treasury bonds and normal commercial lending, combined with higher default rates “normally associated with SME lending”, would also create higher costs for banks used to lending mainly to the government.

Banks and organisations such as the European Development Bank have over the past week announced measures and funding packages to support Egyptian SMEs.