Here’s our wrap of what we’re reading on talent shows, the tax-free ruse, ‘co-living’ for entrepreneurs, and a little something to lighten the end of the working week.

Entrepreneurship is not the solution. All of the functioning MENA governments are looking to entrepreneurship as a way to get millions of young people into some kind of work. But the policy settings in place “do not correspond to social realities” on the ground. The fact, this writer says, is that without wholesale social change, the opportunities for the vast majority of young people will not materialize.

Tax free? Not for long. Certain GCC countries have sold themselves as a low tax or tax free location for startups to set up shop (we’re looking at you Bahrain). But as we suspected back in 2015, it was always going to be too good to be true. A GCC-wide 5 percent VAT is being mooted for 2018. As the oil regions rush to add new taxes, who knows where the next one will strike?

Ain’t no party like a software party. American investors hate everything that’s not software and biotech. The chart says it, so it must be true. 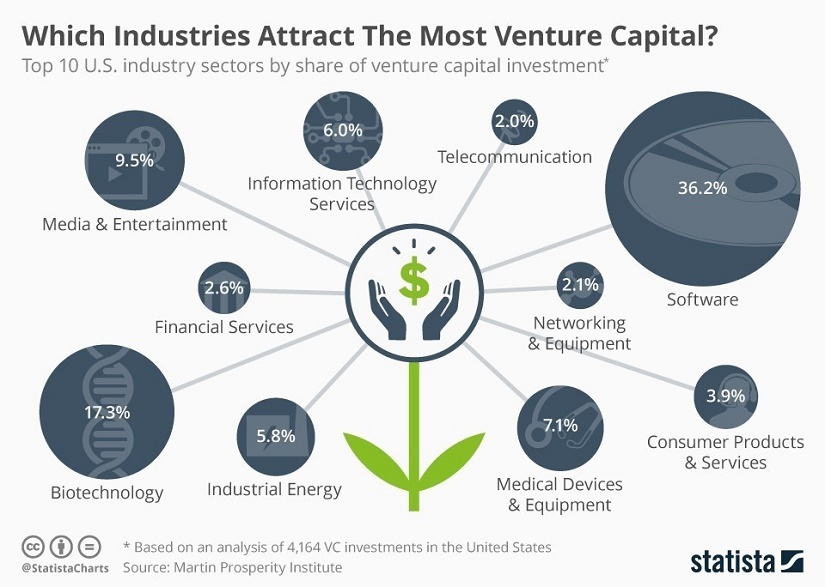 2017 is Iraq’s year. We admire grit, and the Iraqis have it. We’ve just discovered Bite Tech, an Iraqi startup publication run by ‘dedicated nice people’ and they reckon this will be Iraq’s year. It’s about time the entrepreneurs there caught a break.

Wamda of the week: Saudi VCism could come on fast. This kind of investing has a long way to go to catch up in the kingdom, but one thing stood out in Abdullah Altamimi’s oped: Saudis are open to trying new investment classes. Investors may not yet understand how startups work, but there’s no reason to think they won’t in the near future.

We have reached peak app. An escalator, Gwyneth Paltrow, gold shoes. It's ‘App Got Talent’, with a side of extra hype.

“Developers are the rock stars of right now.” - @iamwill #PlanetOfTheApps is coming soon to #AppleMusic. pic.twitter.com/K0VIoRxOs9

Startups are finally feeling the Brexit fallout. They aren’t moving out - yet - but startup CEOs are beginning to stress about Brexit. They’re worried about less investment money coming in and difficulties hiring foreign staff. Entrepreneurs held the fear at bay last year, but this year may be different.

What to do when the boys club won’t let you in. Twenty years ago a group of women in the Mauritanian capital of Nouakchott banded together to build a women’s market. Not a market for women, but one where women exclusively own the businesses. They own all of the 240 shops, and employ hundreds of men and women. That is true disruption.

So. This is where the sharing economy has got us. Bunk beds. Dorm rooms are usually a miserable experience. There’s always the night owl who keeps lights on, the drunk one who crashes in at 4am, the smelly person. But this is now an actual accommodation option for poor entrepreneurs. $50 a night for a noisy bunk bed in a ‘co-living’ arrangement that looks exactly like a budget hostel? No thanks.

Feature image via Asphalt and Rubber.