Earlier this year, Saudi Arabia’s General Entertainment Authority announced a new strategic plan to revamp the local entertainment sector. There are more than 5,000 events on the calendar for 2019, with total investments projected to exceed $64 billion over the next decade.

The plan is part of a broader push to diversify the kingdom’s economy away from oil by 2030. Events and entertainment tourism are expected to play a key role in this ambitious economic reform.

However, this sector boom is nothing new to the region. The UAE has long established itself as a leading destination for business events and entertainment tourism, while more and more of the Middle East and North Africa’s (Mena) major economies are implementing economic plans that incorporate the thriving events industry in one way or another.

Startups in the region are capitalising on the evolution of this space by developing a digital ecosystem which allows event organisers to deliver an experience living up to the expectations of their attendees.

Whether it is making ticket purchases easier, streamlining event check-in, or addressing a whole host of other challenges regional event organisers have historically faced, these startups are leveraging technology to raise the standards of event management.

“It’s not enough to have great performers when the rest of the experience that comes with attending events is below par,” says Farrukh Bandey, user experience research manager at UXBERT Labs, the digital experience design company behind event planning and discovery app HalaYalla. 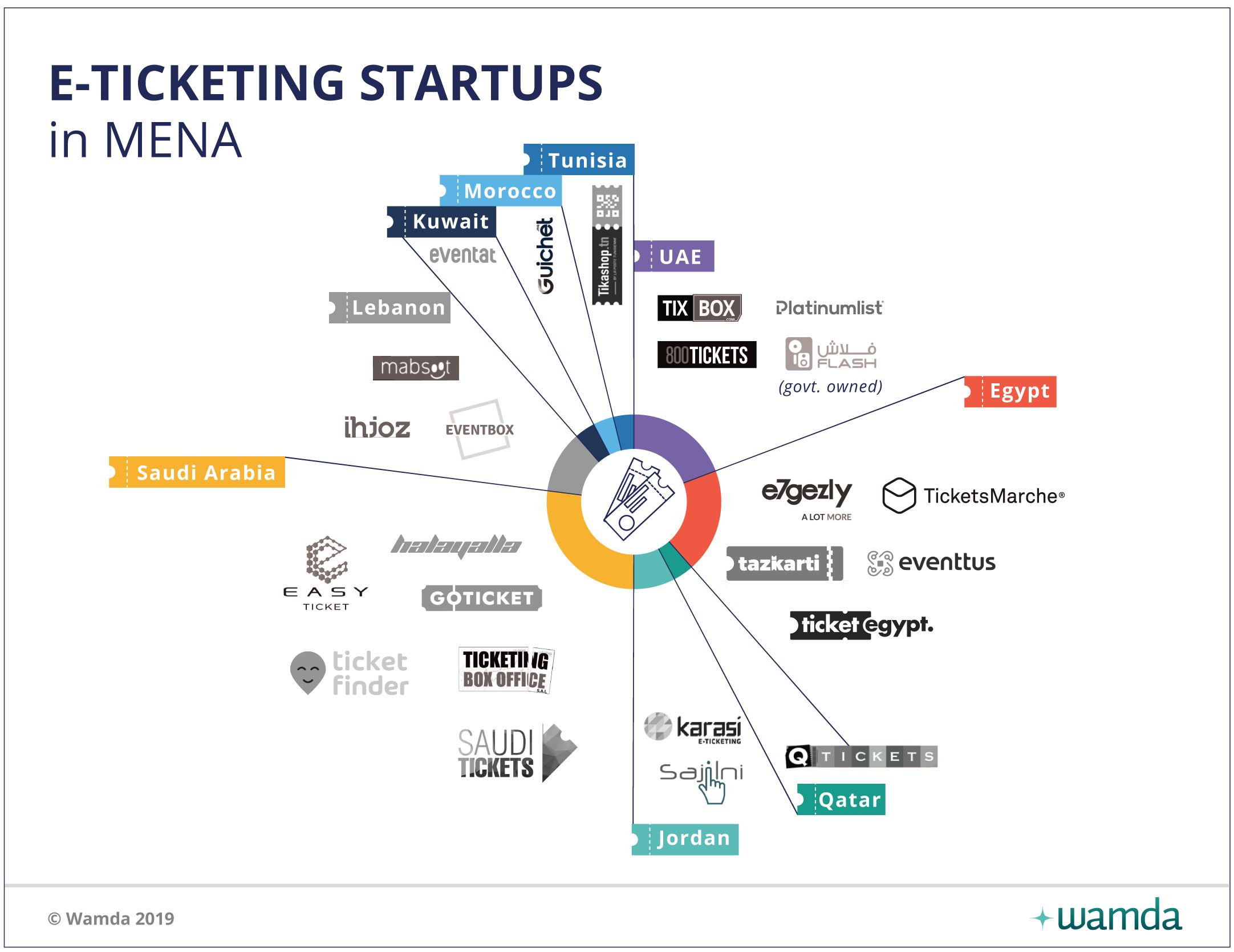 Launched in early 2014 by Bandey and Nadeem Bakhsh, the Saudi-based venture came to dominate the country’s entertainment scene after becoming the official ticketing app for the Jeddah Season series of events.

HalaYalla provides a full suite of event management features together with live event analytics and reporting for organisers. It also worked with local authorities to let international event attendees apply for a tourist visa while buying their tickets through the platform.

While gaining the trust of the government was a huge milestone for the company, it was also a serious challenge. The team’s abilities were first put to the test when they handled the registration for Saudi’s first-ever Baloot Championship, a classic trick card game popular in GCC countries. Held in October 2018, the event saw more than 85,000 players register to compete.

Considered by many one of the earliest disruptors in Mena’s event space, Eventtus was founded in 2012 by Egyptian duo Mai Medhat and Nihal Fares. The company was backed by multimillion-dollar investment rounds from prominent local and international venture capitals.

The market need Eventtus excelled at addressing was providing event organisers with a customised branded event app. The execution was a great hit for forums such as the Startup Grind’s Global Conference, an annual gathering for a community that supports two million entrepreneurs in more than 125 countries. The organisers witnessed a record-breaking 97 per cent engagement rate with the event’s mobile app when they first implemented it for the 2018 conference.

The region’s event and entertainment industry has prospered for more than a decade. Companies such as TicketsMarche in Egypt, Platinumlist in the UAE, and Ticketing Box Office in Saudi Arabia have been performing strongly, selling event tickets online for many years now.

With a booming event space and a handful of Mena countries embracing entertainment tourism, it might be a good time for this business domain to rise to the next level with a new generation of startups.

Up-and-coming event organisers will be able to provide professional and seamless digital experiences without the need to invest heavily in IT infrastructure. “You [no longer] have to be a massive organisation with unlimited resources to be able to launch and manage a successful event,” Bandey notes when describing the value in using an event management platform.

Eventtus recently developed a new artificial intelligence (AI) algorithm that can suggest speakers and key attendees to organisers and allow participants to identify relevant people to connect with during an event. The introduction of such technologies will not only enable the region to host bigger and better events, but also guarantees that future projects will be smarter.