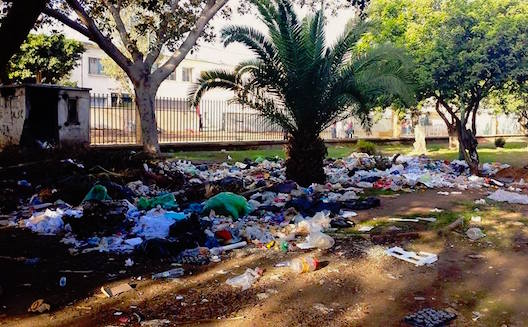 Urban life could be much nicer if everybody did his or her share. (Image via Amine Elaoui)

Twiyar, which is in beta testing, wants to change that and create cities that people want to live in.

Residents can use the mobile app to alert authorities of problems that need to be fixed.

The idea came from Save Casablanca, a Facebook group where Twiyar’s founder, Ibrahim Bennouna, was a member. Save Casablanca’s nearly 40,000 members discuss problems in their city in order to push authorities to preserve the quality of life and the legacy of the city.

“I felt like we were pouring water in the sand, that the group didn’t have the impact we hoped for,” Bennouna said.

He decried the lack of meaningful exchanges with local administrators, as well as the many unresolved problems.

“We decided to go further and created this platform,” he continued.

Twiyar is easy to use. Simply take a picture of the problem, select a category for the problem, and the app automatically geolocalizes the problem and sends it to the relevant authorities.

It enables citizens to participate in their city’s development, cities to identify and prioritize problems, and reduce maintenance costs.

The application is currently in beta testing among a dozen pre-selected users and will be offered to the public for download in January 2016.

Twiyar’s concept is not new, and has proven its utility in England. The concept was pioneered in 2007 by FixMyStreet, which has partnerships with over 450 local councils, and has helped resolve over 200,000 issues.

The service is to be free for users, and various subscription levels are available for public institutions based on need. Twiyar is currently looking for its first institutional client and is in talks with a major city in Morocco.

It’s easy to imagine the complexity of the task given the resistance to change that Moroccan institutions are known for. But with the digital strategy Moroccan administrations are trying to implement as part of the Maroc Numeric plan, public-private collaborations should be feasible. 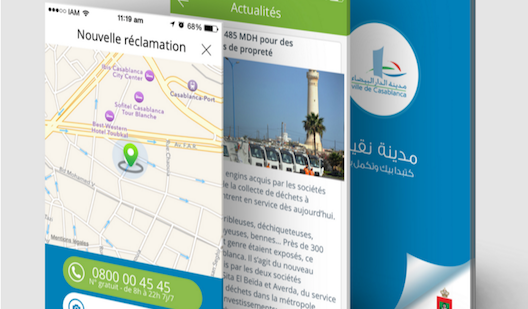 Casa Mdinti has a fancy app but do they have users? (Image via Casa Mdinti)

The city of Casablanca already has ordered a similar app, Casa Mdinti, developed by the famous mobile agency Mobiblanc.

Another startup is looking at the same segment with Mdinti, an iOS app available on the App Store.

Asked about its competitors, Bennouna said “we’d rather not talk about differentiation points before the actual launch of our app”.

The chicken or the egg

Although first-time entrepreneur Bennouna is being mentored by experts from the Enpact program, he faces a bumpy road based on the competition.

Casa Mdinti and Mdinti still have not mobilized enough users to impact the development of Moroccan cities. They have just a few thousand downloads, and several hudred problems identifed without any indication whether they will actually get fixed.

City dwellers will likely only report problems if they see action, and authorities able to fix those problems will only be interested in paying to use the platform if they know they will receive enough notifications.

To resolve this dilemma, Twiyar will have to be both resilient and creative.