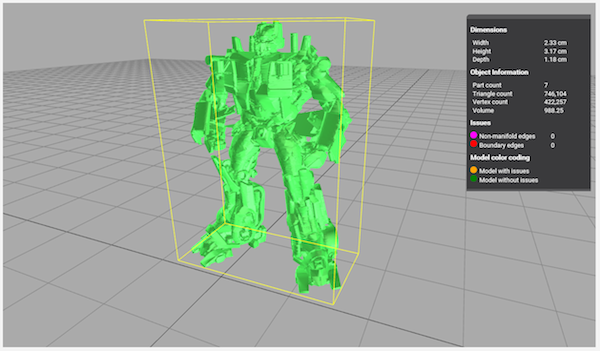 Jordanian 3D printing solutions company Mixed Dimensions, also known as MXD3D, has closed a Series A round of $4 million.

The round was led by Silicon Valley investors Alsop Louie Partners and Dolby Family Ventures. Others include Draper Athena and original investors Silicon Badia.

The company said in a statement that they will use the money to accelerate the development of new technology and features, hire, and to more aggressively advance its market share.

With their two products Makeprintable, a cloud-based “verifying, healing and repairing tool” for 3D printing, and Gameprint, a tool that enables “gamers to capture, personalize and 3D print gameplay moments”, Mixed Dimensions positions itself as a mediator between software and hardware companies.

Mixed Dimensions was founded by Baha Abunojaim and Muhannad Taslaq in 2009 at the iPark incubator at the Princess Sumaya University for Technology in Amman. They raised their first round of investment in 2012, led by Silicon Badia, and raised over $1 million in 2014, bringing their total fundraising to date close to $5 million.

New Mixed Dimensions chairman Gilman Louie said in the statement that he was excited to be joining the team. “The power of MakePrintable is in its ability to turn any 3D renderable object into a printable object. This will be a core capability of any 3D printing system,” he said. Pascal Levensohn of Dolby Family Ventures has also joined Mixed Dimensions on the board of directors.