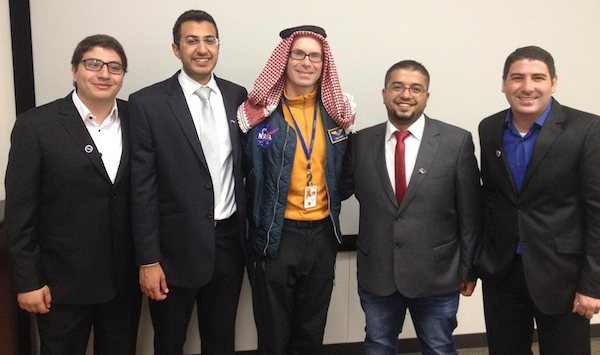 In Jordan campus violence has indeed become a dangerous phenomenon. A study by the Jordanian Political Science Association said that seven students were killed between 2010 and 2013. So, in a bid to counter this new stereotype, the country’s Crown Prince, Hussein bin Abdullah, launched an initiative last summer, that would see Jordanian engineering students intern at NASA. Four students from four universities in different provinces were selected and got to spend two months with the program.

At first, engineering students with the best university projects were nominated by their universities to present their work to Pete Worden, director of Ames Research Center, one of NASA’s 10 field centers. NASA then selected the owners of the best projects. In the end, Sanad Haddad from Mutah University in Al Karak, Firas Mistarihi from Jordan University for Science and Technology (JUST) in Irbid, Zaid Kawar from Princess Sumaya University for Technology (PSUT) in Amman, and finally Mohammad Alzorgan from Tafila Technical University in Al-Tafila, were selected. 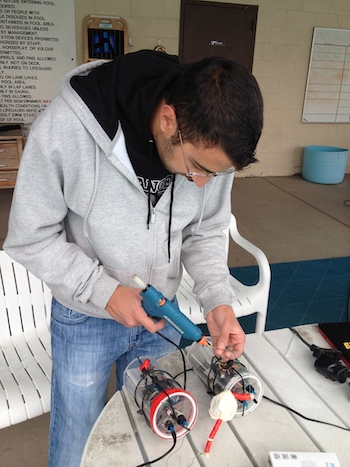 The four students interned at Ames Research Center in Silicon Valley, where they contributed to designing a discovery mission to Europa, one of Jupiter’s moons. The students’ task was to ascertain whether Europa’s ocean has any signs of life by using CubeSat technology. By the end of the two months the students had designed a prototype for a wireless underwater communication system that sends signals from Europa’s ocean to Earth. NASA plans to implement the system in about five years.

Zaid Kawar, one of the four, and a power and energy engineering student, noted that his visit to NASA taught him a lot about conducting research and disciplined work. “I was very impressed by the motivational work environment and the employees’ devotion,” he told Wamda. “What’s very unique is the openness of the employees to share their knowledge and experience with their team members.” His advice for other Jordanian engineering students? To get out of their comfort zones and travel in order to build a constructive, critical view of scientific research in Jordan. 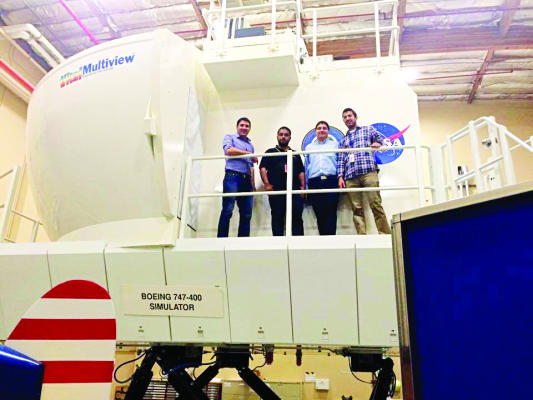 Sanad Haddad, who studies communications engineering believes that the most important elements to succeed in any scientific research are teamwork and appreciating the lessons from the better experienced.

As for Wejdan Abu Elhaija, the dean of School of Engineering at PSUT, she is grateful for such initiatives as they raise the scientific standards in Jordan and encourage students to pursue their aspirations. When asked about incorporating entrepreneurship with engineering, Abu Elhaija said “unfortunately, students are not confident of their work. This is why initiatives like Queen Rania Centre for Entrepreneurship, which is a non-profit organization affiliated with PSUT, have been founded. They operate as incubators to young engineers willing to implement their projects.” She also mentioned the King Abdullah II Design and Development Bureau (KDBB) as another supporting entity.

Abu Elhaija believes that modern technology has allowed both teachers and students to compete on an international level. Moreover, the internet has improved students’ research as they can now review and improve their projects more accurately than before. She hopes for the establishment of inclusive interdisciplinary research clusters that combine scientists from all Jordanian universities to work on research that benefits the nation as a whole. 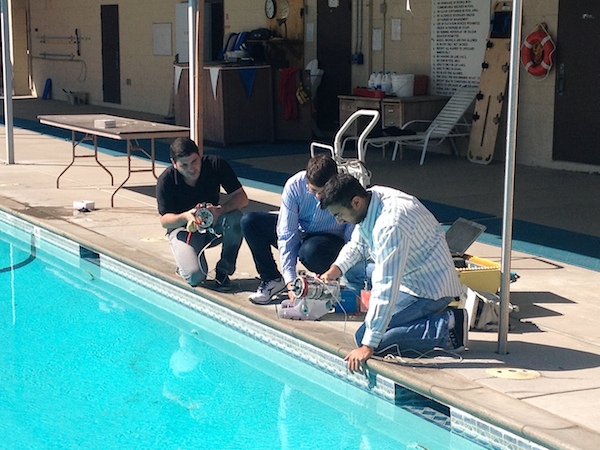 Jordan’s cooperation with NASA will continue on an annual basis, where new students will be selected every year to participate in a summer internship.