Wearable technology is still only a blip on MENA’s fashion calendar but the Abu Dhabi Wearable Tech Show aims to be the runway event for designer-geek collaborators.

CEO and cofounder of the show Yvonne Mather wants the show to be an annual event, despite turnout on the second day that was much lower than expected, likely due to the novelty of wearables.

The first day brought in the most visitors, but the organizers were still able to bring together foreign startups and young innovators to kickstart the industry. 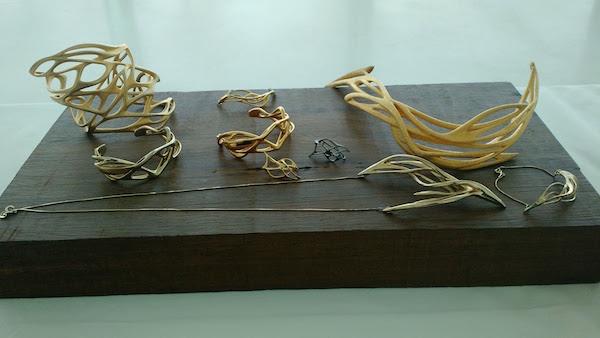 And while the Arab region may be lagging behind Europe and the US in terms of adoption, wearables in general is a new field of opportunity. Given the right time to launch, it could be the next big thing.

The exhibition is the first of its kind in the region to be fully dedicated to wearables, and was held on June 13-14 at the Yas Vicery hotel in Abu Dhabi. Mather wants the event to join the small club of wearable fashion shows in London, the US and China.

"Next year, we will have the exhibition in January 2016, and it will certainly be different as a lot of companies have expressed their intention to take part in it," she said.

"We wanted to have innovators, entrepreneurs, companies and experts in one place where they can share knowledge and network," says Mather. "(This year) we had the support of The Abu Dhabi Technology Development Committee, as well as Protech, who has a branch in Dubai and brings the latest technology [to the region], like the Oyo chair and even 3D printing." 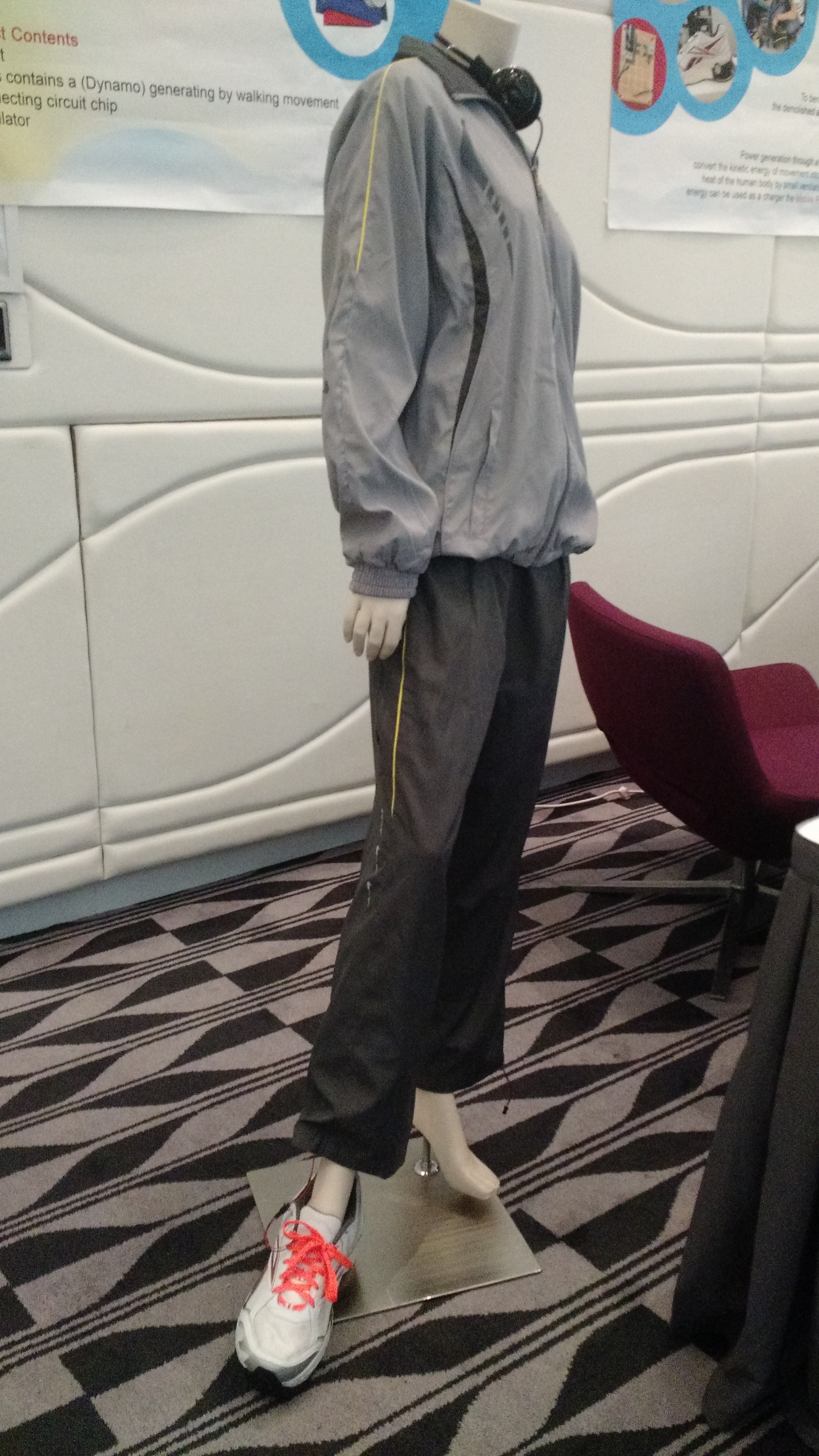 One exciting feature of the show was the number of under-20-year-old Abu Dhabi-based designers exhibiting wares that - although still very early stage ideas - could evolve into influential innovations.

Sahib Mas'ab AlTurk is a 17-year-old Syrian student from Sharjah who invented a cooling jacket. The jacket has two cooling fans that are run by a dynamo connected to jogging shoes, so walking and running can generate energy for the fans.

"I wanted to invent a product that can turn the problem of the heat and high temperature into part of the solution," he said.

Another product displayed is Bagagram, a multi-use bag designed from recycled parts and includes solar panels, speakers and an electricity charger that can fit up to four devices.

German entrepreneurs Johannes Schickling and Emanuel Jobstel were displaying their product Optonaut. Schickling said they wanted their product to be "the instagram of the virtual world", as users send a smartphone panorama picture to Optonaut’s server, which transforms it into a 3D image. Users can view and share the photo on any virtual-reality screen, such as Google Cardboard. 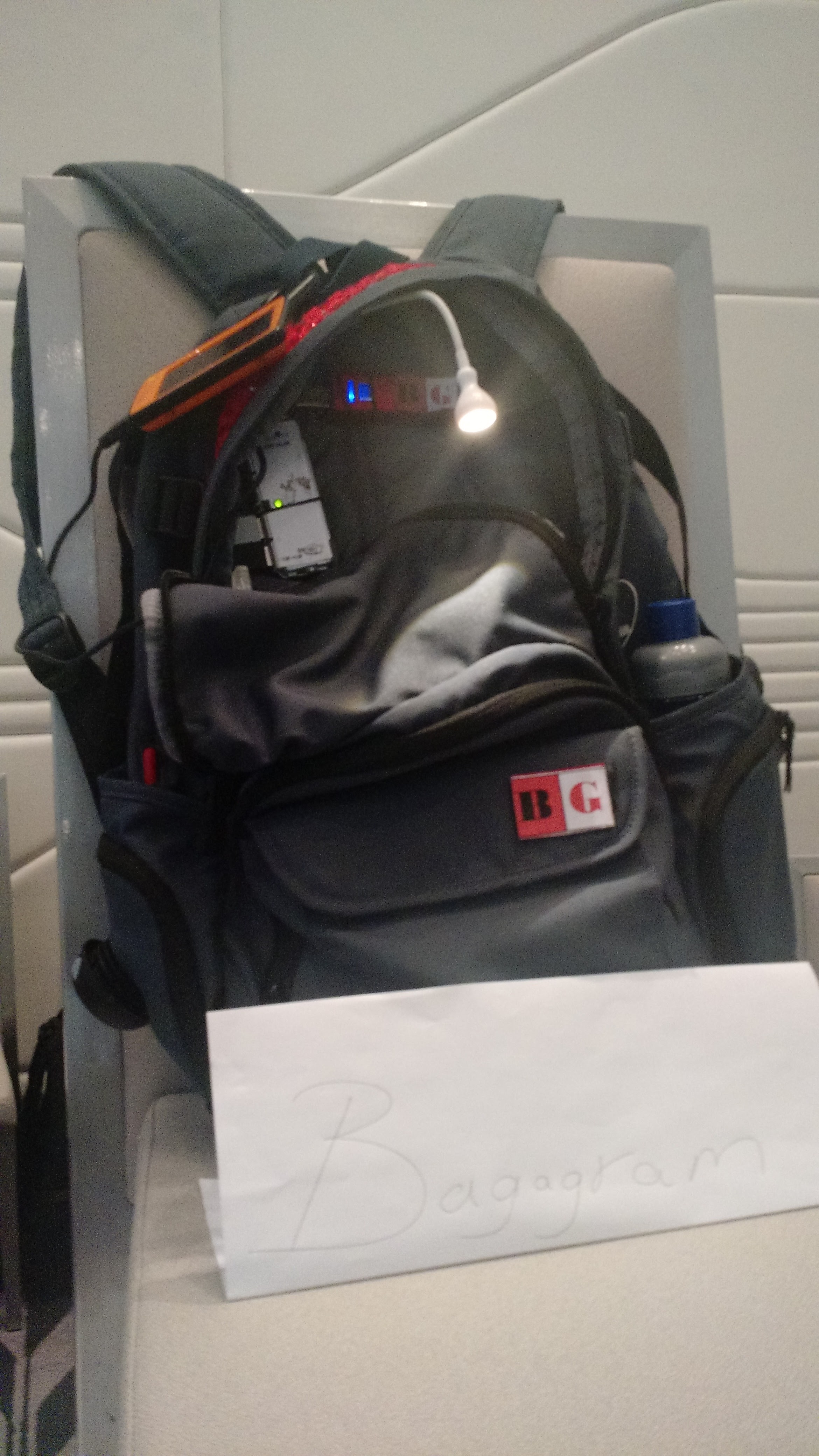 Another entrepreneur from abroad was Carl Thomas, who came from London to exhibit his Audiowings invention.

It’s still in the early stages of development, but the headphone-like invention connects users to the internet and allows them to access their Spotify account.

Audiowings "allows (users) to take their music with them wherever they go, thanks to technology, and to enhance the experience of listening to music,” Thomas said.

An eye for fashion

But it was the fashion that really caught visitors’ eyes as designers showcased their vision of how to merge fashion with technology.

Dutch company Pauline Van Dongen incorporates fashion in solving the problem of having to charge smart devices continuously in all places.

The clothes have solar panels connected to a thin invisible wire. This wire can be connected to any portable device and charge it. The company also had sports outfits with LED lights to make runners or cyclists be more visible at night.

Meanwhile, Christian Bruns, founder of German clothes and accessories company Moon Berlin said his designs add LED lights inside clothes and bags with batteries that can last up to 15 hours. The items are designed in Berlin and Milano. 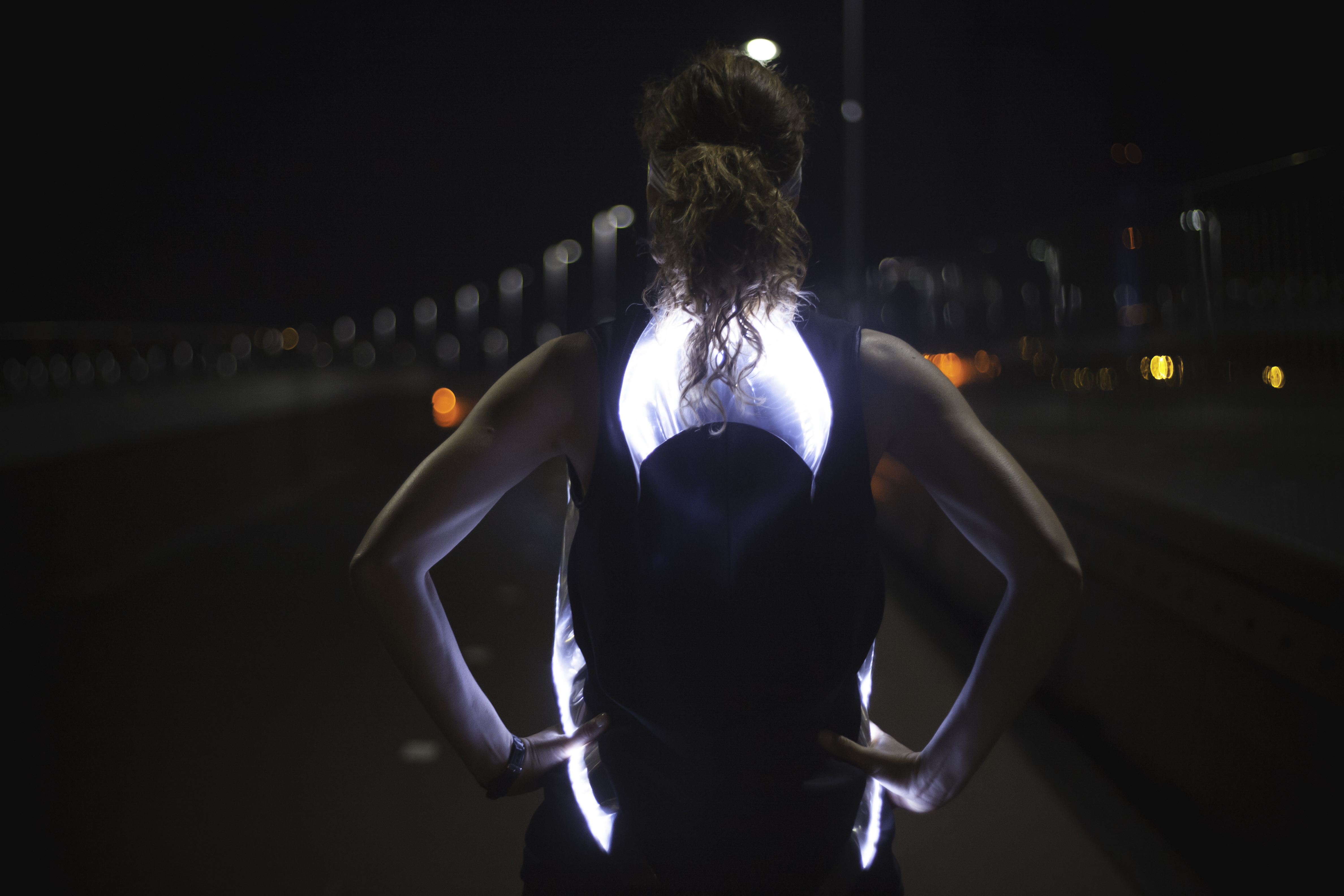 Mosaikx cofounder Sina Torabi said the potential of this technology was not limited to just sports or Google glasses. Her company is the first in the UAE to specialize in the field of wearables and plans to launch Hipo, a pendant-like device that records and later types the conversation of its wearer.

Torabi believes it's time for wearables to address new fields such as productivity and security.

And while the Arab region may be lagging behind Europe and the US, wearables in general is a new field that needs time to launch.