Drowning is the third most common cause of death worldwide, according to the World Health Organization.

The numbers have led the kingdom’s General Directorate of Civil Defense to raise concern and awareness on its official website and on Twitter.

Raising awareness is never enough though. So, over the past few years, the country’s entrepreneurs have been coming up with solutions to decrease drowning rates, among children in particular.

Sarah and Noura Ghaleb, two young Saudi sisters, have created a smart net. This is installed at the bottom of a swimming pool and will be raised whenever irregular heart beats are detected. They won gold during the Korea International Women’s Invention Exposition 2014.

Engineer Saad Almashawi obtained a patent from King Abdulaziz City for Science and Technology (KACST) for his security net which covers the bottom of a pool, linked to a warning button; while Sultana Albateen won the bronze medal at the Ibtikar 2010 Exhibition for her safe guard device, which works when the pool is empty and full, by sending signals when an object or a person drops suddenly in the water. 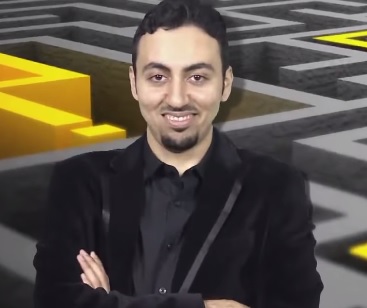 For Ahmed Omar Kurdi finding a solution to a drowning problem wasn’t even on his agenda. That was until two of his young relatives almost drowned.

Despite being surrounded by friends and family, no one noticed when they started to have difficulty in the water, he says.

This alerted Kurdi to the importance of time and speed when it comes to saving a person’s life.

It was with this solution that Ahmed became one of 12 finalists in the sixth season of Stars of Science on Saudi TV channel MBC4.  However, it was Qatari inventor Mohamed Hosni  who won first place  for his solar energy system.

Kurdi isn’t short of awards though. Before Stars of Science he won prizes, including the ‘Tikani Taibah’ competition where he earned second place. He also won the first place at the third Technical Innovations Competition ‘Ebtikarat’, and finally, participated in the Munawara Industrial Award by submitting a project plan for his invention and was admitted among the best 50 startup projects.

The device (which still doesn’t have a name) places sensors all over a swimming pool. These can detect quick irregular waves and movements in the pool, and signal an alarm. 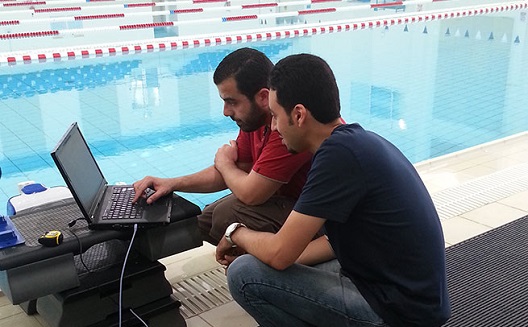 More than one detection sensor can be installed at one pool to cover the entire water surface area and to increase the speed of the system’s response by activating the detection sensor that is closest to the spot where the person fell.

The warning system can also be connected to speakers covering all the rooms in the house in order to ensure that the warning can be heard by anyone near or far from the pool, thus increasing response time.

As well as sounding an alarm the device can also have a text message sent to emergency numbers, or the pool’s owner.

Comparing the device  to others, Ahmed told Wamda that “most existing warning systems are either too simple, unpractical, or send false alarms,” noting that he has personally tried them, “or [the alarms] complicated, costly, and fixed, such as cameras that need to be constantly monitored by people.”

Kurdi is seeking to avoid the mistakes that previous systems have made. As well as facilitating the mobility and installation of his invention in any pool or body of water, his device will be monitoring a pool 24 hours a day, using solar power, unlike systems currently available on the market.

Kurdi, who wants to eventually be the number one in early warning systems for swimmers,  is currently seeking to market his device with the help of his demonstration prototype.

“Several successful experiments, and preliminary research, have been done and the invention has been evaluated by several committees, academics, and specialists in the science and technology sector both locally and regionally,” he says.

Stars of Science: “An unforgettable experience”

That’s how Kurdi describes the period he spent with the show, where he got to meet and share ideas with other entrepreneurs and inventors, as well as meet innovation and manufacturing experts.

The show also introduced him to the principles of innovation and manufacturing by taking him to visit labs and factories at universities in the country. Being able to carry out experiments and research for 10 hours a day over two months allowed the young inventor to further research and develop his device.

Getting the device out there 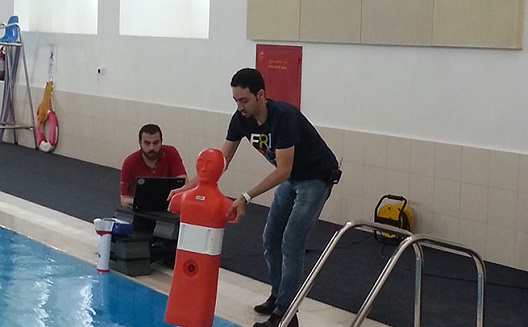 Before marketing the idea outside of Saudi Arabia, Kurdi had two pitching experiences: one with Saudi’s internal Civil Defense and Medina’s fire department. They were met with a great response according to Kurdi.

“I am still trying to collaborate with the Civil Defense, especially as it falls within my target audience, to get it to adopt my invention next to its other safety systems,” says Kurdi.

Kurdi still has a long way to go though. Attending innovation exhibitions in Saudi he pitched his idea to several supporting players, including the Badir Program for Technology Incubators. However, his attempts were in vain. “I submitted an application but did not get any response.”