The UAE could produce MENA’s next wave of female robotics and hardware entrepreneurs, as technology programs throughout the Emirates cater to more and more young women keen to get their hands dirty in the normally blokey sector.

STEM, or science, technology, engineering and maths, education programs in the UAE have seen more and more girls and young women signing up.

The participation of girls and young women in these programs makes bridging the gender gap in tech entrepreneurship more realistic, and there are even fewer in hardware. 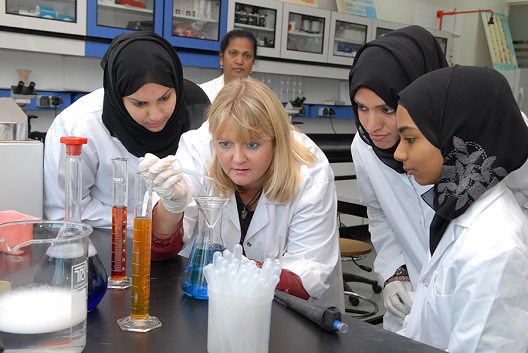 In line with its aim to become a knowledge-based economy, the Emirates is becoming home to a number of educational centers such as Fun Robotics, the first KHDA-approved children’s robotics center in Dubai, as well as camps, workshops and local competitions that are focusing on teaching young women hardware and electronics.

One example was a workshop in June in Abu Dhabi, designed to introduce girls to the basics of advanced manufacturing. Girls aged between 11 and 13 years old learned how to build a fully-functioning robot using electronics and 3D-printed parts they'd made themselves at the GE Ecomagination Innovation Center at Masdar City.

Savvy entrepreneurs get in on the game

“We recently visited a girls’ school in Dubai to teach them how to use JunkBot, a startup that sells DIY robotic kits for kids, and they were very excited,” said JunkBot CEO Ehteshamuddin Puttur Abdul. “When they saw that the tools we use are familiar to them on a daily basis (such as household junk), it triggered their interest. They started to believe that this is easy and doable.”

Puttur Abdul told Wamda that girls make up about 40 percent of JunkBot’s clients.

Another upcoming venture that has witnessed an “extremely high” level of interest from young women is the Abu Dhabi Technology Development Committee's (TDC) new makerspace, Techshop, to be launched in October.

"A significant percentage of (applicants) were females with a very high level of commitment," said TDC head Enrico Villa.

“One of the things that helped us in getting (girls interested) was a robotic competition that we designed,” she said. “When they found out that robotics is not such a difficult domain that is only related to males, it had a huge affect on them. They were really excited, (and) emailed us later asking to be involved in future competitions.”

She said after school activities were an important catalyst in sparking young women’s interest in the field: “They realized that instead of watching TV at home or shopping (which is what they are encouraged to do), they can be doing other things.” 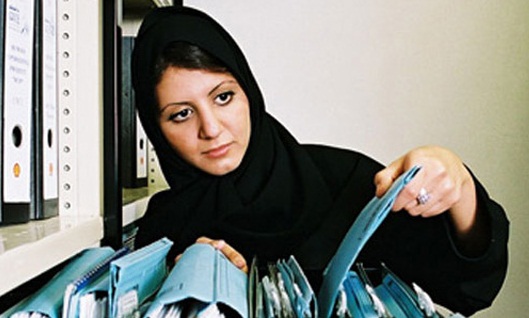 University-aged women are no less enthusiastic than pre-teens.

“[We] have female students from school all the way to college,” Mahil said. “There are a lot of female university students who are pursuing Masters and PhDs in Engineering.”

Despite the obvious enthusiasm, barriers rooted in tradition still exist particularly around gender discrimination in the workforce and in education.

“I had engineering students who felt there was some discrimination against them at university,” Mahil said. “During an electronic workshop, they told us that boys get (access) to all the tools, while the instructor only lets them watch and observe.”

CUBII cofounder Eman Hassan told Wamda: "The bigger challenge is how to persuade customers that young women like me can work in this field and achieve success.”

However, both women seemed optimistic about the emergence of women tech entrepreneurs.

“I think with the right support women are achieving a lot of things,” said Mahil, citing Little Bits founder Ayah Bdeir as an example.

To Mahil, Hassan and Ehteshamuddin, the way to get more women involved in technology and to create more female entrepreneurs in hardware is to provide cultural, financial and educational support.

“We need to look back and re-assess the traditions and cultural stereotypes,” Mahil said. “We should go back to our culture, if it is not helping us improve. If we don’t solve these cultural stereotypes we won’t move forward, no matter how many smart students we have or (what) advanced equipments we (acquire).”

For Hassan, the support needs to be more for hardware startups generally rather than for women specifically.