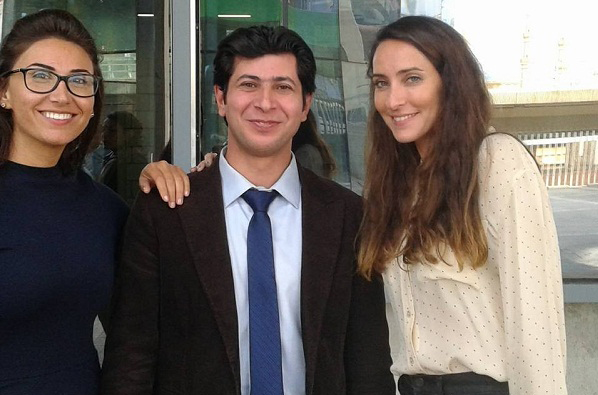 From the left: Louay Otba between cofounders of Jusoor Aziza Osman and Dania Ismail (Image via Louay Otba).

Syrian entrepreneur Louay Otba believes he has found a solution for water contamination, with an invention of a chlorine-free water disinfecting tablet.

The tablets, which he’d dubbed OlifeTM, are designed to replace the traditional technique of chlorinating drinking and swimming pool water because of the health hazards associated with chlorine.

“The solution we are trying to provide is as effective, simple and cheap as chlorine, which is the most commonly used method for water treatment, but minus the health hazards,” Otba, founder of NobelChemist, told Wamda.

Chlorination is commonly used by governmental institutions to disinfect tap water, drinking water and swimming pool water in more than 35 countries worldwide, including the US and most of Europe. However, this process is strictly regulated so that Chlorine levels are kept below 5mg/liter in drinking water, mainly because of the risks associated above. “We have a market of $7.7 billion globally,” said Otba. 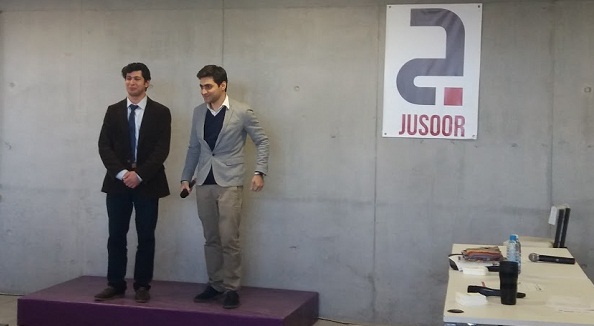 Otba with Ahmad Bayram, program advisor at Jusoor, at the Jusoor Entrepreneurship Competition.

In 2011, Otba’s one-room factory in Aleppo, which had six tablet-making machines, was completely destroyed as his native city was bombed.

“The research process for the product took us two years, from 2009 till 2011, after which the war started,” he said. “Everything stopped after the war, the factory was completely wiped out.”

Otba pitched his startup at the Jusoor Entrepreneurship Competition in March of this year and received a $5,000 prize as recognition of the potential of his invention.

He had gotten accepted to several MIT competitions during the war, but was denied VISA admission abroad. He had also tried to capture the attention of investors, almost securing an $800,000 in 2013, “but the security situation was very disturbing,” Otba told Wamda. “They had to retract their offer.”

What progress took place in Syria before the war?

During the few months in which his startup was active in 2011, Otba manufactured and sold 20,000 tablets to more than 70 swimming resorts and private pool owners in his native Aleppo.

“We had a low-volume production capacity, where we synthesized about 120 tablets a day,” Otba said.

Each tablet was enough to purify up to 20,000 litres of water and last up to a week in swimming pool water, versus chlorine tablets, which could only handle up to 15,000 litres and last for three days.

Selling for $1 a tablet - the same price as chlorine tablets - Otba proved to prospective clients that it had a 99 percent disinfecting capacity (via a lab test).

“Around 15 clients asked us for lab results, and I was happy to demonstrate to them how our product worked,” he said. In comparison, water purified with chlorine only showed a 70 percent disinfectant capacity. 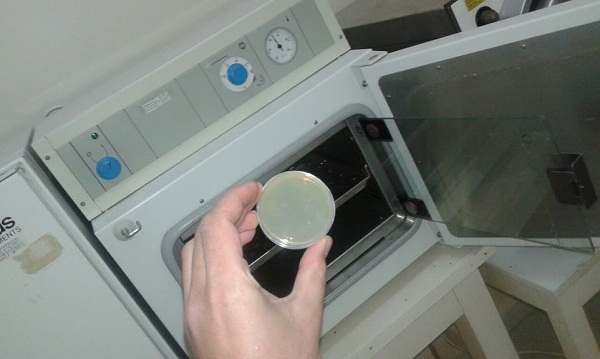 How does the tablet work?

Made of peroxy sulfate salts, the tablets work by creating a chemical reaction widely used in water treatment called ozonation.

“This process imitates the ozonation process, a well-known but expensive technique where ozone is pumped by an ozone generator,” Otba said. “This process requires a lot of equipment and is costly for governments. You also have to install the machines in the infrastructure of the swimming pools in this case.”

When immersed in water, the tablets release ozone gas, which is split into a diatomic oxygen molecule and a single oxygen atom, known as reactive oxygen.

It is this reactive oxygen atom that is responsible for most of the oxidization processes.

The average cost of installing ozone generators in a single swimming pool is around $40,000, “something that is very costly for Arab nations”.

The story, the funding, and competitors

Otba’s research began while he was working in sales with Sanosil International LLC, a pharmaceutical company specialized in disinfectants.

“My clients at the time would often ask me if there was a substance that disinfects water but that doesn’t have to be consequently extracted, as chlorine is in factories,” said Otba. “They wanted something as cheap as chlorine but also as effective, and that’s how my research started.”

While doing his homework, Otba came across ozonation products that were available in the market: Caroat by European company Evonik, and Oxone by global manufacturer DuPont. Both products were used for a variety of purposes that included bleaching, odor control, and water treatment.

“These products had an efficiency of around 4 percent reactive oxygen, which made them inadequate if used alone for water treatment. They were more of quality enhancers,” Otba said.

So he decided to put his pharmaceutical knowledge to use and experiment with chemicals that might increase the percentage of the reactive oxygen released in water.

Studying for his masters in pharmacy while working at the time, Otba gained permission to use the laboratories of his university, but soon discovered that, without proper machinery, his trials were useless.

“The simple equipments found in the labs were not enough. I needed machines that would granulate the product and compress its final form into a tablet, among other things.”

But manufacturing machines were expensive, and shipping them was difficult. Otba had to get creative.

“I spoke to several manufacturers in Aleppo and asked them to assemble to me the machines I needed,” Otba said. He needed six machines to synthesize his tablets: a reactor, an evaporator, a granulator, a film coater, dry-form mixer and a tablet compressor. They cost him $40,000.

“I would have had to pay hundreds of thousands of dollars instead,” he said. “They were not professional machines, but they were competent enough for proof-of-concept.”

Only two of the six machines survived the war. They are at currently Otba’s home in Aleppo. 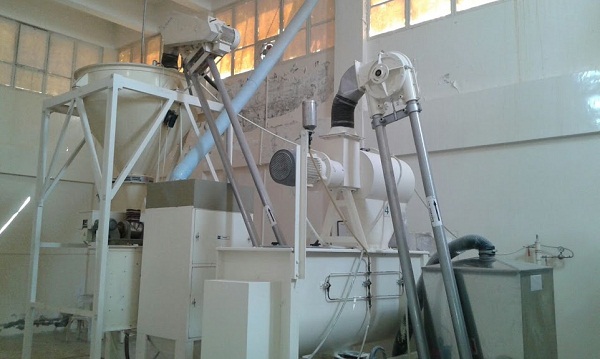 Otba's machines were all destroyed in the war.

The patent for the secret formula

Gaining recognition from Jusoor, an international organization that supports Syrians in various academic and career-related fields, for his efforts during the war was a first step for Otba in rebuilding his startup.

“MIT are going to help me get in contact with lawyers in the US for the patency, because, as far as they’re concerned, they know very little about patenting in the chemical field. They usually deal with tech startups,” Otba said. “The second step is to look for an investing partner, as I have no more funds to go through with the venture.”

MIT Enterprise Forum chair Hala Fadel, was judging the Jusoor competition and questioned why no one had heard about OlifeTM before: “Aren’t there plenty of clients for this concept?” she asked.

There were, but life in a war torn country had intruded, Otba said.

“I was not able to rebuild my working space after the war. I had no funds. I was also a semifinalist for several MIT competitions, and [despite this] I was denied a visa.”

“It’s a complicated situation, and I want your aide for a breakthrough.”