The Middle East renewable energy sector for startups is in its infancy, but there’s huge potential for entrepreneurs to play a role in a movement which needs the resources of both large and small businesses to solve the region’s future energy problems.

But they’re operating in a sector – energy – that’s traditionally been the preserve of governments and large multinational corporations, and where fossil fuels are heavily subsidized. Some analysts even doubt how much can be achieved in the sustainable energy sector while those subsidies still exist.

Moreover, the renewable energy sector is an almost policy-free environment: 19 of the 20 Middle East and North Africa (MENA) countries have some kind of generation target in place and the policies to get there, but they’re not necessarily being implemented.

The development of those policies could potentially light a fire under the renewable energy sector in the region. They could also convey some very specific benefits on startups if MENA governments implement the right policies to incentivize consumer demand, as well as set rules and regulations to make investors more comfortable with the space and thereby easing access to capital for scaling energy-startups. 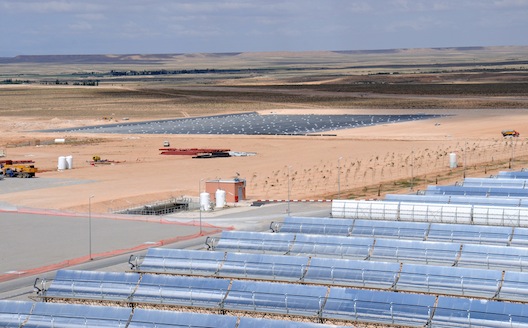 The financial crisis in 2008 had put some state-level interest in renewables on ice, but instability caused by the Arab Spring in government-run power grids as well as energy shortages in places like Jordan, Lebanon, and Egypt provided opportunities to entrepreneurs to market their products and services in renewables.

Fast-forward seven years and every government in the region has, or is at least discussing, ways to best promote the use and development of green energy.

Reservoirs near a KarmSolar pump (see image below). (Image via KarmSolar)

Energy importing nations such as Morocco, with a target of 42 percent of energy production coming from renewables by 2020, and Jordan with its target of 30 percent by 2020, are keen to find sustainable sources of power to replace expensive oil and natural gas fuels. They are putting regulatory structures in place to guide large and small enterprises, although not quickly enough to cater to the rapidly growing numbers of startups adapting innovations to local markets.

Energy exporters such as Saudi Arabia and Kuwait are rapidly realizing the benefits of weaning their populations off cheap oil, so they’ve got more to sell. The Gulf states are still talking about setting up formal structures such as feed-in tariffs which incentivize consumer demand for renewables and increase the possible upside for entrepreneurs, but Abu Ali says state-level activity has slowed in the last year.

Egypt is the latest country to launch renewable energy policies, awarding a 100 megawatt (MW) tender to multinational Sewedy Electric in June and bringing in a graduated feed-in tariff scheme in September. The latter development was met initially with reserve by entrepreneurs as KarmSolar CEO Ahmed Zahran told Mada Masr at the time they wouldn’t be relying on the feed-in tariff due to too many unknown factors yet to be worked out. However, in March he told Wamda the company is planning two large-scale projects that are designed to directly benefit from the feed-in tariff. 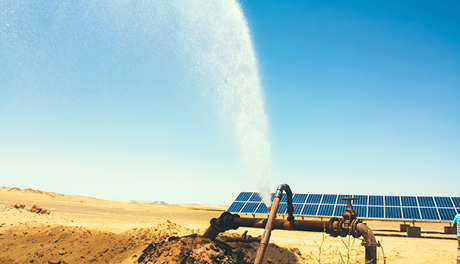 The biggest stumbling block for any kind of renewable energy development is fossil fuel subsidies, which incentivize consumers and organizations to stay with the cheaper fuel and not to diversify their energy sources.

Governments in the MENA region have traditionally played a big role in energy industries by owning power infrastructure and even owning the source of the energy – the oil and gas fields themselves - such as in Kuwait.

As a result, all MENA countries subsidize energy costs for their citizens, whether they can afford to or not. Kuwait and Qatar have electricity rates that start at $0.03/kWh, making them among the lowest in the world, and although countries such as Egypt are promising to lift subsidies there is no guarantee this will happen.

Founder of think tank Signet Capital, Angus Blair, believes progress by green energy startups will be stunted until subsidies across the region are lifted or renewable sources of power are subsidized to a similar extent.  Abu Ali says fossil fuel subsidies make smaller green energy projects unfeasible, unless they’re targeted at customers who aren’t connected to grids or have limited power supplies.

Feed-in tariffs provide some price security and potentially even revenue for renewable energy generators and the benefits are felt from large-scale project owners down to households with rooftop solar panels.

IPPs allow governments to outsource the development and generation of renewable energy, and PPPs in MENA those deals tend to be with large electricity companies with the capacity to develop large-scale projects and governments.

The latest MENA cleantech survey by Ernst and Young indicates that governments are moving away from feed-in tariffs and towards public-private partnerships.

“Though FITs remain the method of choice for countries such as Jordan, public-private partnerships (PPPs) or independent power producers (IPPs) set the pace in the GCC. For example, Dubai has recently announced IPP financing of its new 100MW solar project,” Abu Ali, the report’s author, wrote.

Abu Ali says the policies to watch for are good feed-in tariff rates, guaranteed access for projects to (often government-owned) electricity grids, requirements for a certain level of local manufacturing, employment and partnerships, and assistance with financing of individual products.

Cairo’s Energy Research Centre director Mohamed Sobky says the trick to boosting startups in renewable energy is to make it cheaper and easier for people to buy products such as solar rooftop panels.

An analyst, who wished to remain anonymous, who is working with the International Finance Corporation’s renewable energy arm agrees, saying this is where governments must also create demand for green energy.

He says mechanisms to do this include making bank financing easier for customers wanting to buy renewable energy electricity generators such as rooftop solar panels. Moroccan banks, as one example, extended their standard financing package for diesel generators  to include solar technology, and helped make rooftop solar systems affordable for individuals; while in Jordan small businesses receive low interest rates for installing renewable energy generators.

Jordan also imposed a customs and sales tax exemption on all systems and equipment for renewable energy projects.

Governments in MENA are realising the need for and benefits of establishing renewable energy policy - rules and regulations that will push consumers into adopting more renewable energy and ultimately help governments achieve targets. Those targets may be to export more fossil fuels or to become more energy independent, but creating a market demand has potential to boost entrepreneurial activity.

Despite the slow progress of these policies to date, some startups are pushing forward and filling the gaps anyway. For example Egypt’s KarmSolar or Lebanon’s Energy 24, are already leveraging the gaps where governments are failing to provide their people adequate services, and either creating that demand through grassroots education or filling an existing need.