The decision to organize the Telematics Conference Middle East & Africa in Dubai in March wasn’t by chance.

“We have been organizing this event in South-Eastern Europe for years now and so we decided to hold it this time in a different region of the world,” said Alenka Bezjak Mlakar, conference director. “We saw that the markets in Western Europe and the USA are too mature, and so we decided to cover the Middle East and Africa region since its market is fragmented and the conference might help put it on the right path.”

The goal of the conference is for companies and business people in the telematics space to meet and share insights under one roof.

Telematics is a broad field at the intersection of telecommunications, logistics management, big data, and sensors (like GPS locators). It has the potential to streamline operations for companies that need to track multiple moving components, like a fleet of vehicles. 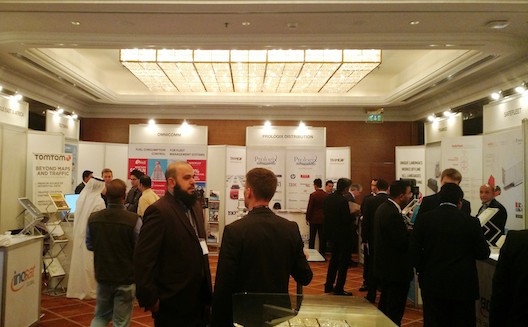 Attendees mingle at the Telematics Conference, March 2 in Dubai. (Images via Pamela Kesrouani)

The conference was the first of its kind in the Arab world, and sought to establish industry frameworks for the region. Objectives included bringing knowledge to the region, embracing the development of telematics in the region, and connecting influential stakeholders from both inside and outside the Arab world, Mlakar noted.

The Arabic market is fragmented

Participants agreed that while the Middle East and Africa market might be the smallest in the world, it is growing at light speed. “In the past, we used to describe the market as ‘emerging;’ today, we describe it as ‘expanding’ because more and more people are driving cars and thus need these technologies in their vehicles and ask for the same quality offered in Europe,” says Louis Debatte-Monroy, product line manager for TomTom Africa.

Dominique Bonte, ABI Research vice president, pointed out that the Middle East and Africa markets offer many opportunities but still lag behind for many reasons, like regional diversity (regions and countries widely vary in terms of growth), lack of stability, and lack of roads and infrastructure. He added that the region has high potential in terms of telematics due to the increase in competition and the availability of products and solutions, as well as certain events set to be held in the future such as the 2022 FIFA World Cup in Qatar and the Expo 2020 Dubai.

What is the potential for telematics in the region?

For his part, Zaim Azraq, CEO of Location Solutions noted that telematic services have multiple benefits. They include: 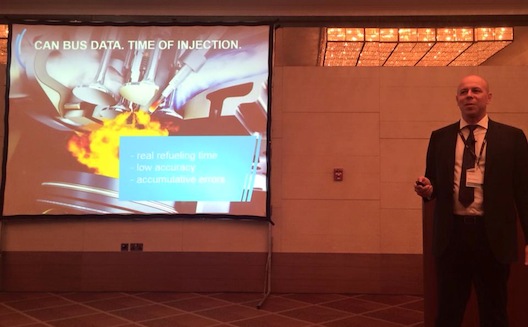 Challenges in the region

The speakers agreed that the Middle East offers many opportunities but still lacks in some areas, and faces many challenges that prevent it from leading the telematics’ industry, mainly:

Finally, telematics is still an emerging industry in an emerging region and will need many years to mature in the MENA region.