The Terminator would be one lonely android in MENA.

Few industries in the region use advanced robotics in their processes and artificial intelligence (AI) is still more of a lab and university plaything than a useful, and used, workplace or personal technology.

One reason for this is that there is a level of pushback against mechanizing low-skilled jobs, says EG Robotics founder Mahmoud Abdel Aziz, an entrepreneur from Egypt. Another is that worldwide, robots aren’t actually as widespread as people think.

Although MENA is the only part of the world not covered by International Federation of Robotics (IFR) statistics, last year’s record global sales still only touched 225,000 units of industrial robots and 21,000 units of personal robots. 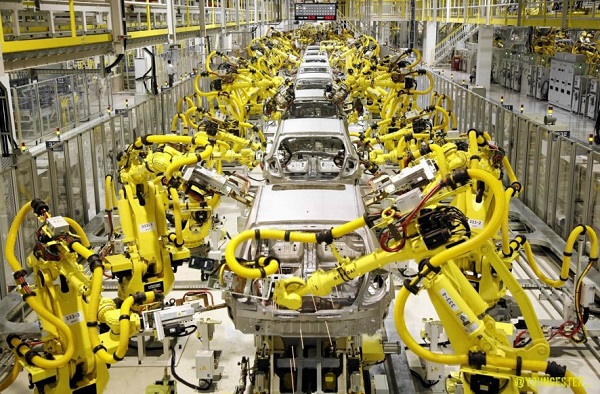 Industrial robots in a car factory (Image via Ennmotive)

People like Abdel Aziz are trying to solve these problems in MENA through education and awareness. The trick is to illustrate how AI can augment, rather than undermine, future industries, and nurture the robot managers and designers of the future.

That education can’t come too soon.

A media-frenzy around ‘killer robots’ following the tragic death of 21-year-old car factory employee in Germany last week, forced the global public to think about the future of how artificially intelligent machines are used.

In MENA, with its high unemployment levels and in many places heavy reliance on low skilled labor, how robots are integrated into workplaces and how children are educated to benefit from them is the critical issue.

That discussion is already taking place.

A quiet groundswell of support for robotics has taken place over the last year as several organisations backed by entrepreneurs, researchers and billionaire sheikhs lay the foundations for the development of the sector in the Middle East.

“Human resources are still the main (employee) in the industrial process due to their large quantity and due to the culture that refuses new technologies that may replace humans. In addition, (there’s a) lack of human resources that can use and manage these robots,” he told Wamda.

He told Wamda the organization has a plan to introduce school and university students to science, technology, engineering and maths (STEM) education and develop coworking spaces and competitions, thereby growing the talent required to manage AI systems.

EG Robotics is working with the IEEE Robotics and Automation Society’s Egyptian branch. This organisation has just launched a crowdsourced interactive map showing the locations of startups, and education and research centres that are involved in robotics which it hopes will eventually include the whole region. 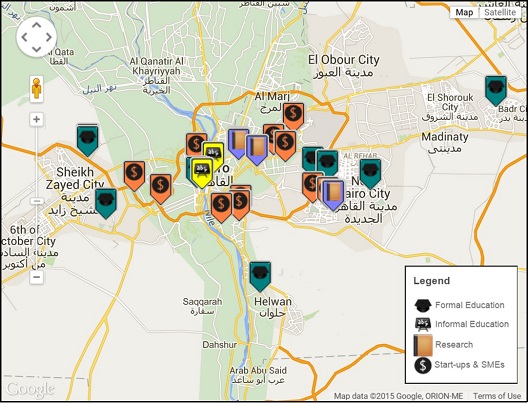 Despite the surprisingly high number of both research facilities and startups working with robotics in Egypt, Abdel Aziz says the sector in Egypt is still weak - the Gulf states are where the action is taking place.

In December, Google threw its weight behind its new Innovation Lab in Abu Dhabi designed to support robotics education for children right through to university postgraduates. The lab is run by EduTech, a private company that provides STEM teaching for kids and has had a longstanding interest in robotics - launched a ‘National Robotics Olympiad’ in UAE schools in 2006. 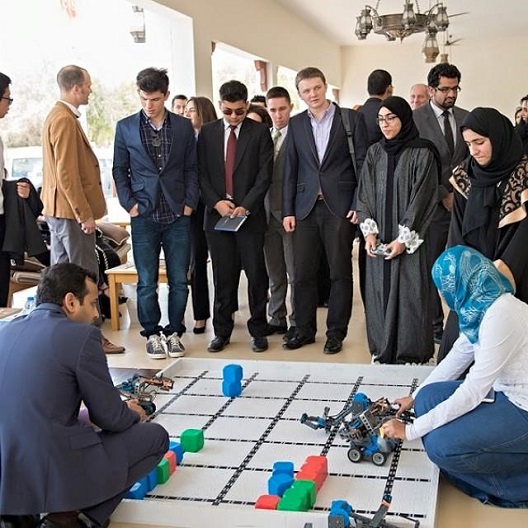 And in June, Dubai’s first UAE AI & Robotics Award for Good competition started accepting entries, offering prizes of almost $300,000 for the local winner and $1 million for the top international entry. It's building on the successful Drones for Good competition that started in 2014.

GE, which is in partnership with Wamda, has also launched a four-day workshop in Abu Dhabi for a group of ten 11-13-year-old girls to build a robot from scratch.

Dr Erol Sahin, who founded the KOVAN Research Laboratory at the Middle East Technical University in Ankara, says Turkey is still leading the region with the 53-DOF iCub robot, “probably the most complex robot in the Middle East.”

Elsewhere, researchers such as Dr. Khaled Al Wahedi at the Abu Dhabi-based Petroleum Institute are researching robots which can take on emergency and routine inspections of oil and gas refineries.

“We are aiming to replace a human operator who is responsible for doing the routine inspection, as well as the emergency inspection, when a leak is detected, for example,” he told Wamda.

Where are the entrepreneurs?

The nascent nature of robotics in MENA means there is little competition for entrepreneurs.

Currently a handful of major international companies such as ABB Robotics and KUKA serve the industrial needs of the wider region.

Most startups include educational organisations such as EG Robotics, Cord (who’s Robot Fights program was covered on Wamda recently), and JunkBot which ermerged from DP World’s Turn8 incubator selling robot-building kits for children in the UAE. 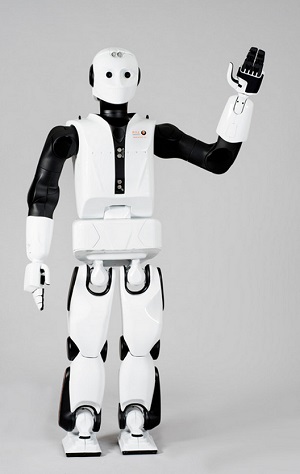 PAL Robotics, founded in 2004, is one of the few companies building humanoid bots with its bipedal REEM machines.

And in May the very new Seed Robotics in Dubai launched its telepresence robot – effectively a video screen standing a few feet above the ground that can move around without having to be attached to wires.

With many robots yet to walk out of the lab and future entrepreneurs only just beginning to appear, there is huge scope in bring to MENA educational products and STEM training, personal and industrial robotics so watch this space.

Or, as the Terminator would say, "I'll be back".