MENA accelerator Oasis500 is stepping into the formidably tough aviation sector, signing a partnership with Royal Jordanian yesterday to seek out entrepreneurs who can shake up the industry.

The tie-up will launch an innovation lab to support ideas that will streamline or provide new technological solutions to airline processes.

These could include streamlining the huge amounts of paperwork airlines must keep as required by law, or tapping into the masses of data in social networks, integrating that frequent flyer information and finding a way to measure customer experiences over the whole travel process. 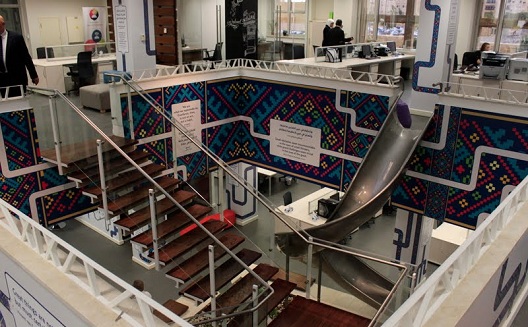 Oasis500 chief operations officer Abed Shamlawi told Wamda the deal was initially for a year and intended to attract ideas from both entrepreneurs and Royal Jordanian employees, and applications through the Oasis500 website can start today.

The ownership structure for future startups created under the partnership has yet to be finalized. Shamlawi said Royal Jordanian hadn’t decided yet whether it would take an equity stake, but speculated that the final structure would likely to a stake of between 10-20 percent held by the Oasis500 and the airline, depending on the startup.

Royal Jordanian did not respond to requests for comment.

The airline is expected to reach out to its staff for concepts that can improve pre-flight, in-flight and post-flight operations. The incubator is planning marketing campaigns using both its network and Royal Jordanian’s human resources database to track down both technology companies and people with ideas that could be adapted to the sector.

Shamlawi said that until this point aviation wasn’t an area they’d considered as ripe for entrepreneurial innovation.

“This is a new area, we’ve always thought the aviation was heavily regulated and would not actually allow us to do something with it in terms of startups,” he said. 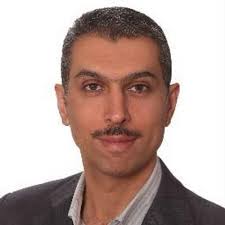 The aviation industry is one of the toughest in the world: in 2011 Qantas’ chief executive grounded the airline’s entire global fleet during a standoff with employees, drawing condemnation from around the world; natural disasters can be massively costly, with losses caused from the 2010 Eyjafjallajökull volcanic eruption in Iceland conservatively estimated at $203 million a day; and airline customer service in some countries is falling precipitously.

Shamlawi says they see technology as a possible solution to these problems.

“I understand where the airline industry is actually facing struggles, but maybe technology is the way to go to create more feasibility within the industry.”

The new lab is the second aviation incubator in the region, and is one avenue for Royal Jordanian to compete with the dozens of ever-more powerful Gulf carriers and their compound annual growth rates in passenger transport of 14 percent.

But in an age of severe cost cutting there are no easy entry points for innovative ideas. For example, Singaporean startup AirGo produced a heavily-praised new seat design in 2013, but the company has gone quiet as it gears up for a trial implementation that, it said last year, would take place in 2016.

Accounting consultancy PriceWaterhouse Coopers said in this year’s airline trends report that although it expects demand for air transport to double by 2035, the sector will have to start adapting now – and quickly – to infrastructure, fuel price and talent challenges.

That means airports and air traffic control, ekeing out better energy efficiency and finding new fuel sources, and the need to hire and train new staff across all parts of airline operations.

Shamlawi says if they can create a startup with a ground breaking idea, the market, especially in the Middle East, is “huge” because of the number of carriers there.

“If we can develop new technologies that we can integrate in the flight, then aside from how the airline industry is performing we’re looking at technology to save operations. We’re looking at it as a mechanism to reduce waste, which should or will… increase profitability for the airline.”