Entrepreneurs often get inspiration from the crises their countries are going through, and Egypt is no exception. The country’s power outages were exacerbated by the revolution of January 2011, and last year it worsened.

In reaction to the problem, Issam Majed and Mostafa El Khawli have launched El-Noor Geh, a platform that provides interactive, awareness-raising content on electricity consumption and the best ways to use electrical appliances. 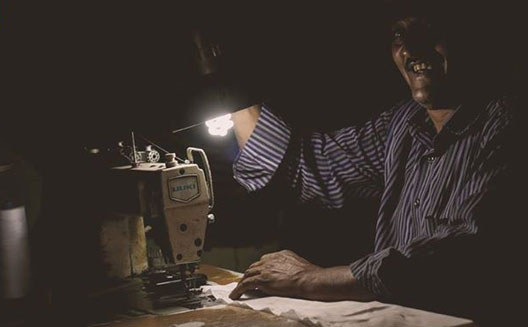 An Egyptian worker deals with the frequent power shortages that occur in Cairo. (Image via Facebook)

Like everyone else around them Majed and El Khawli faced problems with the frequent power cuts. They decided to buy an electric generator.

However, they were quickly faced with another problem: what kind of generator to get. They couldn’t find any references online on what type of generator to buy or how many watts or amperes they needed.

Initially the El-Noor Geh was supposed to provide a practical way to calculate a generator’s consumption; however the founders realized it should be even more comprehensive and calculate a home’s total power consumption.

There were other challenges

“The government acknowledged that there was an electricity problem that wasn’t going to end soon,” said El Khawli. “As a result they decided to raise monthly power bills in two phases.” Indeed, energy bill jumped as much as 129 percent for some classes of customers.

Consequently, for El Khawli and Majed, being able to help consumers to ration their energy use was crucial.

“If a small group of consumers manages to modify their consumption behaviors, this will be a turning point for the electricity crisis in Egypt,” said El Khawli.

El Khawli and Majed are targeting consumers who are primarily interested in reducing their expenses, largely over 20 years of age, newlyweds, and entrepreneurs. They are focusing their attention on Facebook campaigns and online, where they regularly publish articles with electricity saving tips and advice.

The cofounders are also looking to influence those who haven’t had to worry about their energy consumption. “We hope to succeed in affecting the purchasing decision of consumers who are about to buy electric appliances and help them make their decision after considering the devices’ power consumption,” says Majed.

El-Noor Geh is not a unique platform. There have been others, such as Bel Maaqoul (meaning “reasonably”). The government also has energy reduction campaigns. However, El-Noor Geh differentiates itself by focusing on personal energy consumption. 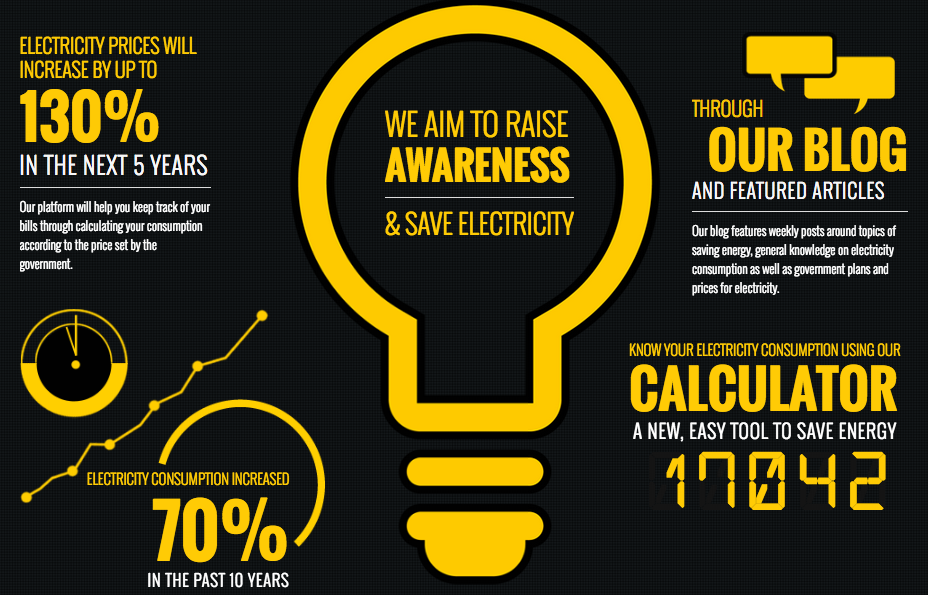 Snapshot from the El-Nour Geh platform

The platform was launched in November 2014, and was updated in March. The current site includes several new features, including an easier browsing and user experience for mobile, tablet, about desktop.

The upgraded site also has an energy consumption calculator that lets users select their electrical appliances and usage to work out the consumption of said item.

There is also now a simple educational game that displays two similar devices, where users have to guess which consumes less power.

If the answer is wrong, the system gives them the correct answer along with an explanation and if it’s correct, they move to the next level.

How is El-Noor Geh monetizing the project?

El-Noor Geh’s business model has more than one source of revenue. While Majed and El Khawli solicit sponsors for the website they also have affiliations with ecommerce sites selling energy saving products and appliances.

Moving forward, the duo hopes to collaborate with various initiatives and projects with the long-term goal of promoting energy efficiency in Egyptian society.