Startups offering biogas or waste treatment solutions are slowly gearing up in the Middle East, but only Taqa Solutions had a reality television show as a launchpad.

Tina Boules was the winner of Egypt’s inaugural series of El Mashrou3 (The Project), a TV show styling itself as The Apprentice crossed with Dragon’s Den.

Using the almost $45,000 cash prize, Boules and her business partner George Armanious are trying to develop a market for biogas and pick the low-hanging fruit, among the country’s poultry farmers, processed food producers and hotels, before rival startups such as Hany Khodary’s Biogas People do. 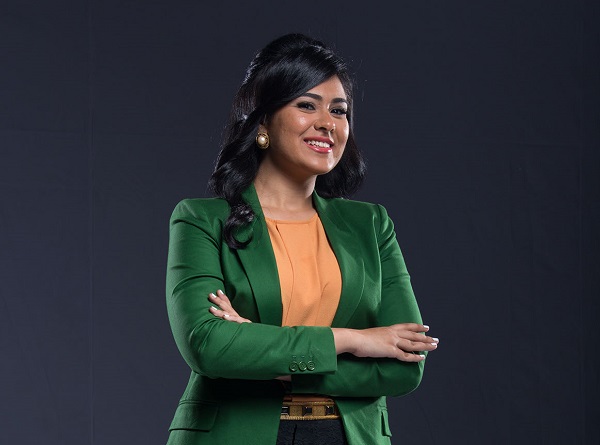 The concept they are selling is an industrial biogas system: waste, such as chicken droppings or hotel food scraps, is filtered, perhaps treated, and fed into a digester. Over the course of a day bacteria already present in the waste breaks it down into a potent fertilizer and methane, which is then filtered to remove water vapour and dangerous sulphur, and burned to create electricity.

(Click here for an infographic explainer on all things biogas).

It’s low maintenance; so functional, Boules says, some farmers even called it a “magic machine”; and once the upfront costs are paid it’s cheap to run - a 2.5 kg-sized digester can make 90 kilowatt hours (kWh) of electricity a day and of that, the system uses 30 kWh, the added bonus being that gas is much easier and cheaper to store than solar-generated energy.

Taqa Solutions aims to provide systems that can handle loads from 10 kg up to 50 tons, with the equipment all sourced offshore.

Taqa Solutions’ focus on poultry farms, is thanks to a decision taken before Boules even went onto the TV show to sell digesters for chicken waste rather than rice husks.

Boules had been thinking about creating a business based on selling biogas systems since before she graduated from university in June 2013. When she mentioned the idea to Armanious he was quick to turn her away from using rice husks and towards poultry, a sector he knew well from working in his father’s poultry farm equipment business.

Armanious said a business partner had just come out of a bruising experience setting up the Middle East’s first rice husk biogas factory. It “failed terribly” because of problems with machinery, production, and even sales.

Taqa Solutions is currently being self-funded. Boules prefers applying for grants over finding a seed investor to pay for the demonstration digester.

“I don’t need investors, I need someone to buy my idea. I need a customer.”

Right now, 10 months after launching the business, Boules and Armanious have still not signed their first contract.

Boules says they don’t have a demonstration model to show potential clients how it works, and without one she’s finding it hard to convince people the system is not just a “magic machine”.

The smallest size costs around $15,000, which is a financial stretch for the startup, but Armanious intends to install one in a new poultry farm he’s developing in August. 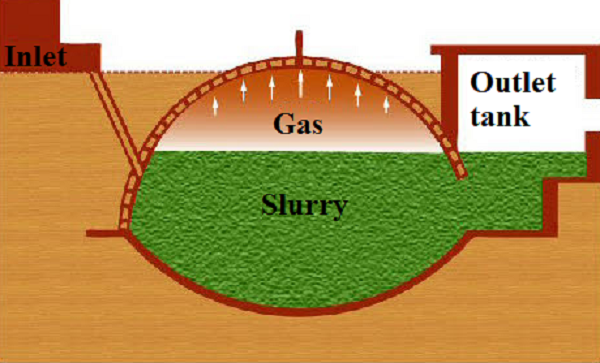 The basics of a biogas digester (Image via Rachel Williamson)

Armanious says electricity subsidies are also a problem. Right now the cost of a biogas system doesn’t stack up against subsidized electricity, but if Egypt’s government follows through on promises of reform from July the investment case for industrial biogas will improve.

The duo are also banking on Egypt’s unreliable power supply. The country is looking at yet another year of rolling blackouts thanks to a shortage of natural gas supply and power stations, despite government attempts to make a dent in the problem.

Expectations for the future

Both founders expect to have at least one signed customer by the end of the year, and despite the current struggles are buoyed by what they are seeing in China and India.

A trip to India three years ago showed Armanious that it is possible to shift the poultry industry onto using biogas. Meanwhile, Boules has her eye on movements in the Chinese market, where new poultry developments are required to include a biogas system.

“It doesn’t make any sense for the government to provide you gas if you can make it yourself,” she said, adding that in her view it’ll only take two or three customers to normalise biogas as a viable energy source.