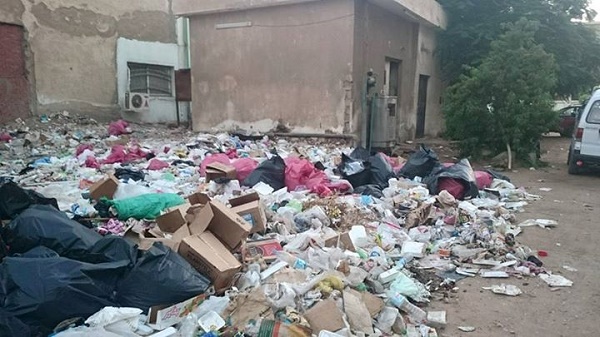 Rubbish piled in the streets and beside waterways is a common sight in many of Egypt's cities and rural areas. (Image via Tahrir News)

The opportunity for waste management startups is clear.

In 2012 Egypt produced 21 million tons of municipal solid waste, which made up around 24 percent of the total. Waterway cleaning, or dredging, contributed to 28 percent to the total waste generated, but the lion’s share, around 34 percent, was in agricultural waste with 30 million tons, according to the Ministry of Environmental Affairs. 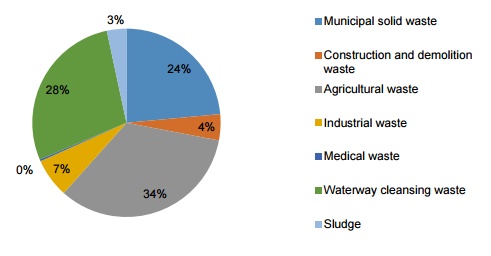 Agricultural waste was in 2012, and still is, the largest proportion of the total. It also creates terrible air pollution, as in Autumn farmers throughout the country burn fields to rid them of unwanted husks and stalks. (Images via UNIDO)

A few companies, mostly in the social entrepreneurship space, have already seen the possibilities.

Tadweer and Dayra, both supported by Cleantech Arabia, are working on recycling plastics  to produce PET flakes for the textile industry and on converting solid waste to RDF - refuse derived fuel - and biomass for energy intensive industries, respectively.

In Aswan, the startup Jozour is already tapping a market for glass recycling.

Founded by Kareem Negm and eight other cofounders, the idea for Jozour was a graduation project during their senior year at Aim Shams University.

They started by breaking up glass waste and selling it to glass manufacturers, but the team realized that grinding it and selling glass powder would be more profitable.

Negm said the company opened a factory in mid-2014 in Cairo and another in Al-Wadi Al-Gedid in mid-2015.

Since its launch, Jozour has received investment of between $62,000 to $87,000 from the founders’ own pockets and prize money won from competitions.

Jozour recently won a competition held by PepsiCo and the Misr Al-Kheir Foundation, winning $12,500 from Pepsi and $50,000 in logistical support from Misr Al-Kheir. 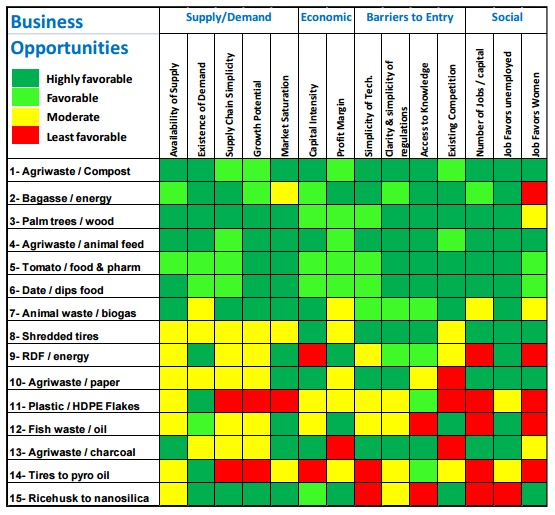 A selection of the business opportunities available to Egypt's budding 'waste' entrepreneurs.

A wealth of technology

Cleantech Arabia cofounder Ahmed Huzayyin is one of those encouraging entrepreneurs to look on Egypt’s waste as an untapped fortune, but he says there are a three basic elements social startups in the waste sector need to consider for success: the right team, technology, and most importantly, the right kind of waste nearby.

“I [the entrepreneur] need to make sure that I have the [necessary] materials in the local setting in which I will operate,” he said, during a conference on social entrepreneurship in Egypt in October.

Huzayyin said he’d identified 42 business opportunities, relying on a range of technologies, that could be used to turn the kind of waste available in Egypt into useful products.

These range from using leftover agricultural and household waste for fuel, to turning former building materials into bricks, to using tomato rejects in the pharmaceuticals industry.

The technologies involved, he said, were available in Egypt. One example is the method to turn rice husks into powered nanosilica, a potential export to be used in electronics.

Other examples include the use of applying aerobic digestion to animal manure and agriwaste to create high quality fertilizers - effectively using the air to create compost. Sugar cane bagasse, the fibrous leftovers after the plant has been crushed, can also be ground, pressed and cut to create biomass used to reinforce cement, Egypt’s main building material.

These technologies were identified for startups by Chemonics Egypt Consultants and Cleantech Arabia in a report submitted to the United Nation Industrial Development Organization (UNIDO). Any technology that needed a high capital investment, had a long learning curve, or had any legal barriers was excluded. 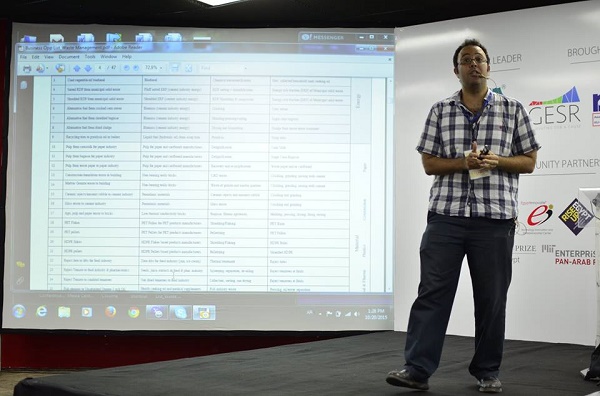 Ahmed Huzayyin explains how entrepreneurs can get into the waste sector during the GESR summit. (Image via GESR Summit)

Which technology, and at what cost

Huzayyin said entrepreneurs should choose a technology that would be easy for them to use and available to them.

He also said entrepreneurs had to add value to whatever they were doing; for example, instead of just collecting and selling plastic bottles, entrepreneurs could use pelletizing or shredding techniques to create plastic flakes.

“Plastic bottles for example can be used to create polyester fibers and later on in clothing manufacturing process,” he said.

The cost of investment for these technologies ranged between $5,000 to $30,000, and for each $1,200 invested in the first year of business, one job opportunity was created.

Since the beginning of this year, Cleantech Arabia helped startups using these kinds of processes attract $436,000 in investments.

Huazyyin added that as the technology is upgraded to rise up in the value chain ladder, the cost of this technology upgrade is not huge.

“The capital cost can be surprisingly very close,” he said, explaining that the end product’s price increase while the price of the upgraded technology can be very close to the one preceding it.

Mohamed Eid Mageed, founder of the technology management and commercialization office at the Agricultural Research Center (ARC), said ARC’s website offered a gateway for entrepreneurs who were interested in knowing more about how to select technologies, and about the procedures they needed in order to start their business and get licenses.