Hikma Pharmaceuticals, founded in 1978 in Amman by Samih Darwazah, produces generic pharmaceuticals at 28 manufacturing facilities in eleven countries, including branded products like Blopress, Prograf, and Suprax. The company went public in 2005, listing on the London Stock Exchange.

According to Hikma Venture’s managing director Lana Ghanem, the fund was launched as a way to supplement the company’s research and development activities while simultaneously allowing Hikma Pharmaceuticals to tap into the booming digital health space.

The entirety of the $30 million comes directly out of Hikma Pharmaceuticals’ balance sheet. Today, Hikma Ventures is closing in on its first set of deals, which Ghanem expects to go complete in the next 2 months. The initial investment size is up to $3 million per round with the opportunity for follow-on funding. 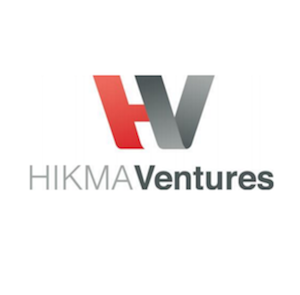 “We will invest in companies across different stages, including seed, series A and series B,” said Ghanem.

Since launching, Ghanem has worked to source deals through Hikma Pharmaceuticals’ network, collaborating with accelerators, incubators, and VCs throughout the region and abroad.

Although strategically focused on digital health and drug delivery, Hikma Ventures will be flexible in selecting portfolio companies.

“We’re actively looking for deals in digital health and drug delivery,” said Ghanem. “However, we’re opportunistic; something may pop up on our radar and we may look at it.”

Although based in Amman, Hikma Ventures won’t be location specific. Ghanem said the team is exploring deals across MENA, as well as North America and Europe. “We’re geographically agnostic,” she adds.

Before launching Hikma Ventures, Ghanem joined the company as an assistant to the CEO in 2012. While in that position, Ghanem says she discovered that Hikma Pharmaceuticals was allocating far less resources to R&D than its competitors. A corporate VC fund offered a way to remedy that.

“That was what kind of triggered the idea in my head,” says Ghanem.

With help from DASH’s Venture’s managing director Omar Sati, Ghanem created a proposal for a strategic fund, which she pitched to the board in August 2015. The board approved the plan and Hikma Ventures was born.

Originally envisioned as a way to compliment R&D activities, Hikma Ventures decided to embrace the digital health space as an opportunity to add value to the company.

As groundbreaking innovations in digital health emerge from the startup world, large corporations are realizing that corporate venture capital funds are an attractive alternative to costly and slow R&D projects.

With this trend in mind, Ghanem says that launching a strategic fund for digital health startups became logical for the company.

“It’s still very primitive compared to the US and European markets, but this is where the opportunity is,” explains Ghanem.

The future of the fund

“We’re using $30 million as the initial amount,” says Ghanem. “We see that as gaining traction.”

However, Ghanem says that in the future, Hikma Ventures will consider restructuring the fund to include other investors. In the meantime, Hikma Ventures looks to add a new dimension to its parent company’s brand while establishing a foothold in the sprouting digital healthcare startup industry—in MENA and abroad.

And with its new VC arm, Ghanem says that Hikma Pharmaceuticals wants to join the fray.“It’s only a matter of time for such a model to transfer to our market,” says Ghanem. “We want to be pioneers.”